Washington — Thirteen U.S. service members were killed and more than a dozen others injured in an attack outside the airport in the capital of Afghanistan on Thursday, opening a deadly new chapter in the massive U.S. effort to evacuate Americans and Afghan allies ahead of President Biden’s August 31 deadline to withdraw.

The Pentagon said a suicide bomber detonated an explosion that tore through a crowd waiting at an entrance to the Hamid Karzai International Airport in Kabul, where thousands of people have gathered every day since the city fell to the Taliban, desperate to board flights out of the country. Another explosion struck a nearby hotel, the Pentagon said.

The total death toll stood at 90 people as of Thursday evening, with 150 more wounded, an Afghan official said. The tally was expected to climb.

At the remarks at the White House later in the day, the president said the bombings were the work of fighters from the ISIS affiliate in Afghanistan, known as ISIS Khorasan, or ISIS-K. The attacks marked one of the single deadliest days for U.S. forces in Afghanistan in the 20 years since the allied invasion.

Mr. Biden mourned the loss of the U.S. service members, while vowing to retaliate against those who orchestrated the attacks and continue the process of withdrawing from the capital. The U.S. has helped more than 100,000 people leave Afghanistan since August 14, according to the White House.

“To those who carried out this attack, as well as anyone who wishes America harm, know this: We will not forgive. We will not forget. We will hunt you down and make you pay,” Mr. Biden said. “Our mission will go on. America will not be intimidated.”

A Taliban spokesman condemned the “gruesome incident” and said the group “will take every step to bring the culprits to justice.” The militant group has controlled the capital since the fall of the Afghan government nearly three weeks ago and is responsible for security around the airport.

Tesla files to become an electricity provider in Texas

Fri Aug 27 , 2021
Tesla Motors CEO Elon Musk reveals a Tesla Energy battery for businesses and utility companies during an event in Hawthorne, Calif., April 30, 2015. Patrick T. Fallon | Reuters Tesla wants to sell electricity directly to customers in Texas, according to an application filed by the company this month with […] 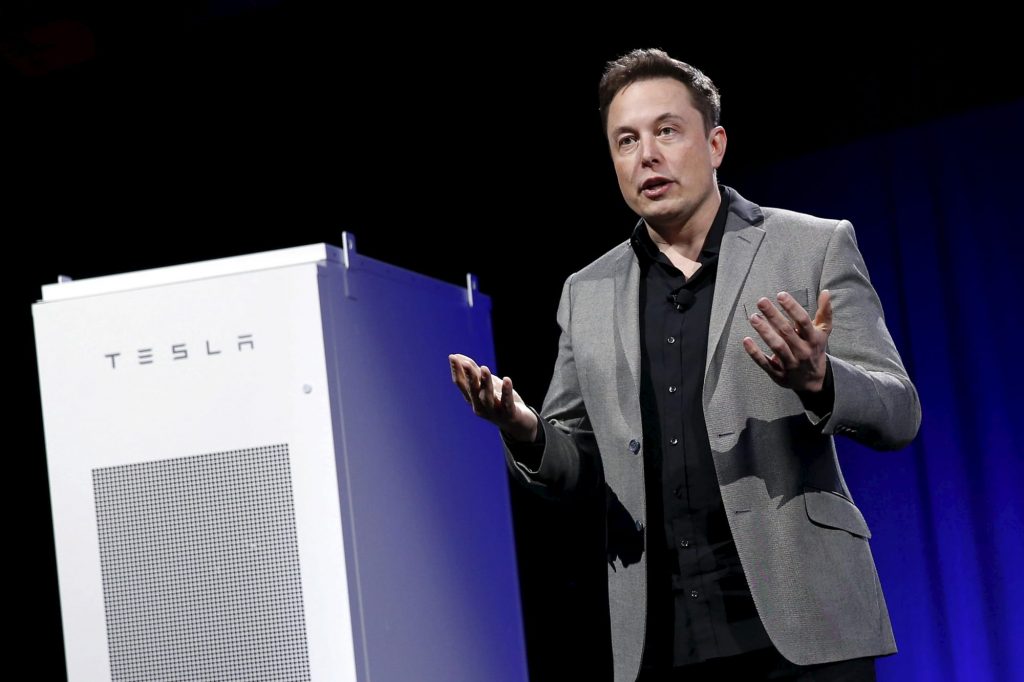