WASHINGTON (Reuters) – U.S. President Donald Trump praised Hungarian Prime Minister Viktor Orban on Monday, describing him as “like me, a little controversial,” and brushing off concerns about threats to democratic norms in Hungary during Orban’s tenure.

Welcoming the right-wing Hungarian leader for a meeting in the Oval Office, Trump lauded him for being tough on immigration, a policy area in which the two leaders have similar visions.

“He’s done the right thing, according to many people, on immigration. And you look at some of the problems that they have in Europe that are tremendous because they’ve done it a different way than the prime minister,” said Trump, who is often accused by critics of being too close to authoritarian leaders.

Orban, a nationalist, has often had conflicts with the European Union over his anti-immigration campaigns and judicial reforms.

He clashed with the administration of former U.S. President Barack Obama, a Democrat, over what critics said was an erosion of democratic values by his government.

Trump has also pushed what critics consider an anti-immigrant policy agenda, calling for a wall on the U.S. border with Mexico and banning travelers from several Muslim-majority countries at the beginning of his time in office.

Orban noted that his government had been elected several times.

“From the people, by the people, for the people. This is the basis for the Hungarian government,” he said, adding, when pressed about the issue: “We have a new constitution accepted in 2011 and it’s functioning well.”

He said Hungary was proud to stand with the United States on “fighting against illegal migration” and other issues.

Senior Republican and Democratic members of the U.S. Congress told Trump in a letter on Friday they were concerned about Hungary’s “downward democratic trajectory” and its close relationship with Russia. Hungary is a NATO ally.

Trump is often accused of cozying up to autocratic leaders. He has sought a close relationship with Russian President Vladimir Putin despite Russian meddling in the 2016 election and has praised his own relationship with North Korean leader Kim Jong Un, with whom he has held summits in Singapore and Vietnam.

Trump projected an air of kinship with Orban.

Mon May 13 , 2019
Traders work on the floor at the New York Stock Exchange (NYSE) in New York, U.S., May 13, 2019. REUTERS/Brendan McDermid May 13, 2019 By Stephen Culp NEW YORK (Reuters) – Wall Street sank on Monday after China defied Washington by announcing retaliatory tariffs, the latest salvo in the two […] 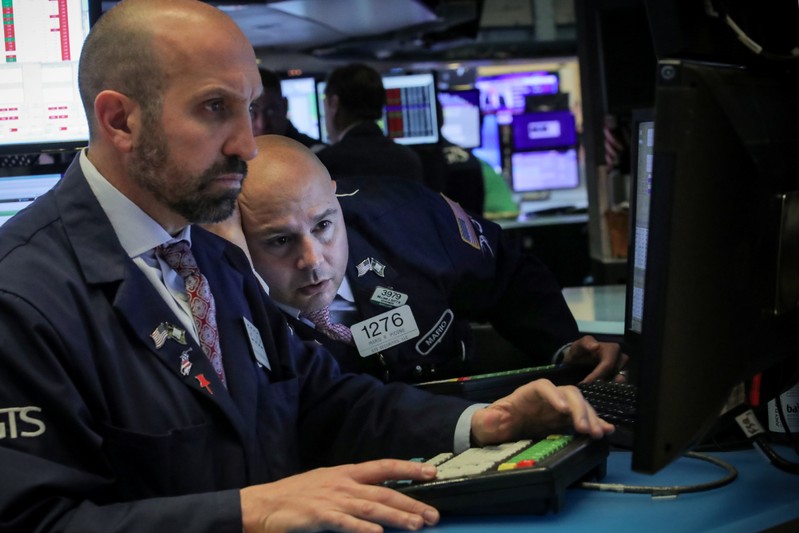