Levi Strauss & Co shares fell 6 percent in extended trading after reporting that sales growth would slow in the second half of the year due to weakness in its wholesale business.

The company pointed to costs related to its initial public offering earlier this year.

The company forecast full-year net revenue growth at the high end of the mid-single-digit range after posting revenue growth of 6 percent in the first half of the year.

“Our second quarter and first half results reflect the continued strength of our diversified business model as we delivered broad-based growth across all brands, regions and key product categories despite a challenging retail and macroeconomic environment,” said Chip Bergh, president and chief executive officer of Levi Strauss & Co. “For both periods, the Levi’s brand grew in all three regions across men’s, women’s, tops and bottoms and maintained its position at the center of culture through iconic products and consumer experiences.”

The company has been investing in its online business and retail outlets, while boosting its exposure in markets such as China, India and Brazil.

Shares have risen nearly 40% since the company’s IPO in March.

U.S. and Iran set to clash at U.N. nuclear watchdog

Wed Jul 10 , 2019
FILE PHOTO – A staff member removes the Iranian flag from the stage after a group picture with foreign ministers and representatives of the U.S., Iran, China, Russia, Britain, Germany, France and the European Union during the Iran nuclear talks at the Vienna International Center in Vienna, Austria July 14, […] 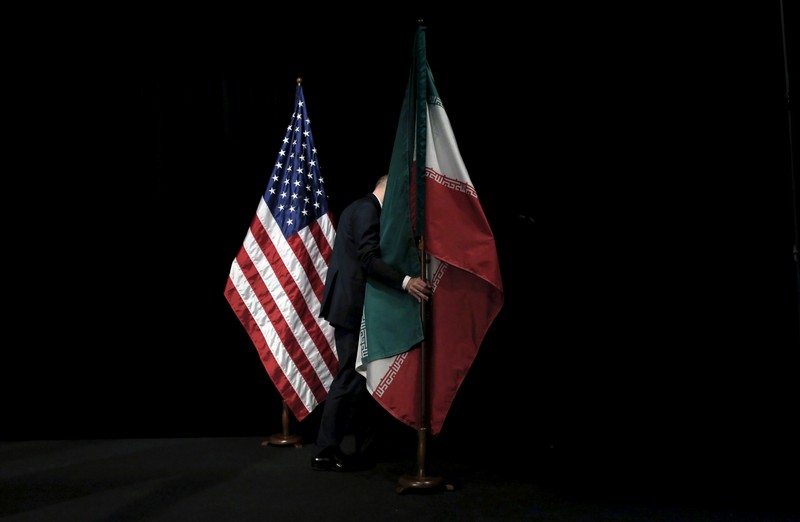