Long-time television and radio host Larry King dies at the age of 87.

He passed away at Cedars-Sinai Medical Center in Los Angeles, California after reportedly being hospitalized with the coronavirus.

King has suffered from multiple other health issues, including lung and prostate cancer, type 2 diabetes and a heart attack.

NEW: Larry King, the iconic talk show host whose interviews of newsmakers and entertainers made him a legend of broadcasting and television, has died at 87. pic.twitter.com/PXYKCXVGs8

“You need a little luck for longevity,” King said. “As Sinatra said, there’s a lot to be said for longevity. Must be doing something right.”

After suffering from a major heart attack, King created the non-profit organization, ‘The Larry King Cardiac Foundation,’ in 1988. The foundation was established to help anyone without health insurance receive medical care and to ensure they are given the proper medical attention.

King’s charismatic spirit led him to host ‘The Larry King Show’ for nearly two decades, debuting in 1978 and lasting through 1994.

“Like all of this has been like a dream, because you know, when you wanted to do something as a kid — and that’s all I ever wanted to do was broadcast,” King stated. “I have no other memory of any other wish.”

From 1985 to 2010, King starred on ‘Larry King Live’ for 20 seasons. The show became CNN’s longest-running and most-watched program. Rest In Peace Larry King. What a wonderful life and an iconic career. I’m grateful to have known him. My heartfelt condolences to his loved ones and family ❤️ pic.twitter.com/uz3uavWehj

In his lifetime, King conducted more than 30,000 interviews with big names from around the world. Interviewees ranged from celebrities to political leaders, and every president from Richard Nixon to President Trump. HOLLYWOOD, CA – JANUARY 16: Donald Trump and Larry King and wife attend the ceremony honoring Trump with a star on the Hollywood Walk of Fame on January 16, 2007 in Hollywood, California. (Photo by Vince Bucci/Getty Images) King was the father of five children and is survived by three of them and his wife. Although this may be the end of the road for King, his legacy will continue to pave the way for aspiring television and radio hosts worldwide.

“I don’t know what to say, except to you, my audience, thank you,” the broadcasting legend said. “Instead of goodbye, how about so long.” 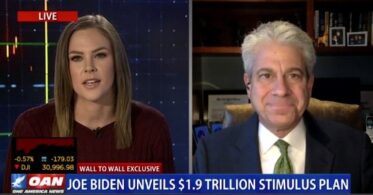