A demonstrator sits on a pole while carrying a national flag during an anti-government protest in downtown Beirut, Lebanon October 20, 2019. REUTERS/Ali Hashisho

BEIRUT (Reuters) – Lebanon’s cabinet is expected to approve reforms including halving ministers’ wages on Monday in a bid to ease an economic crisis and defuse protests that have been the biggest show of dissent against the ruling elite in decades.

Protesters blocked roads for a fifth day of demonstrations fueled by the crippling economic conditions and anger at perceived corruption of the political elite that has led Lebanon into the crisis.

Officials told Reuters on Sunday that Prime Minister Saad al-Hariri had agreed a package of reforms with his government partners to tackle the crisis that has driven hundreds of thousands of protesters into the streets.

In central Beirut, scene of the largest protest, people prepared for another day of demonstrations.

“If we get reforms, for a start it’s good, to calm down the storms, people are angry … but on the long term, I don’t know if it will make a change,” said Rida Jammoul, football coach, who was helping to clean-up in Beirut.

Another protester, Ziad Abou Chakra, said he would continue to protest until the government was toppled. “We will stay here and we won’t open the roads whatever happens,” he said, manning a road block in the Zouk Mikhael area north of Beriut.

The reform plan includes a 50% cut in salaries of current and former presidents, ministers and lawmakers, as well as reductions in benefits for state institutions and officials.

It also includes the central bank and private banks contributing $3.3 billion to achieve a “near zero deficit” for the 2020 budget.

The government also aims to privatise the telecommunications sector and overhaul the costly and crumbling electricity sector, one of the biggest strains on Lebanon’s depleted finances.

Hariri, who leads a coalition cabinet mired in sectarian and political rivalries, gave his feuding government a 72-hour deadline on Friday to agree reforms to ward off crisis, hinting he might otherwise resign. The deadline expires on Monday.

A chorus of voices, from union leaders to politicians, has joined calls for Hariri’s government to resign.

The protests have spread across the country since Thursday. Banks were closed on Monday and the main labour union went on strike, threatening further paralysis.

“The message to the politicians is don’t ever underestimate the power of the people because once they unite they will explode – peacefully,” said Hiba Dandachli, 36, a social entrepreneur who was helping to organize the clean-up.

“There are children, families, all from different religions and backgrounds,” she said. “If the politicians learn from this they will learn how to lead the country much better.”

Mon Oct 21 , 2019
It’s Monday, Oct. 21, 2019. Let’s start here. 1. Tenuous ceasefire Despite a deal struck Thursday by the U.S. and Turkey to pause Turkey’s offensive in northeastern Syria for 120 hours, eyewitnesses in the region reported shelling that continued in to the weekend. “We put out a joint statement which […] 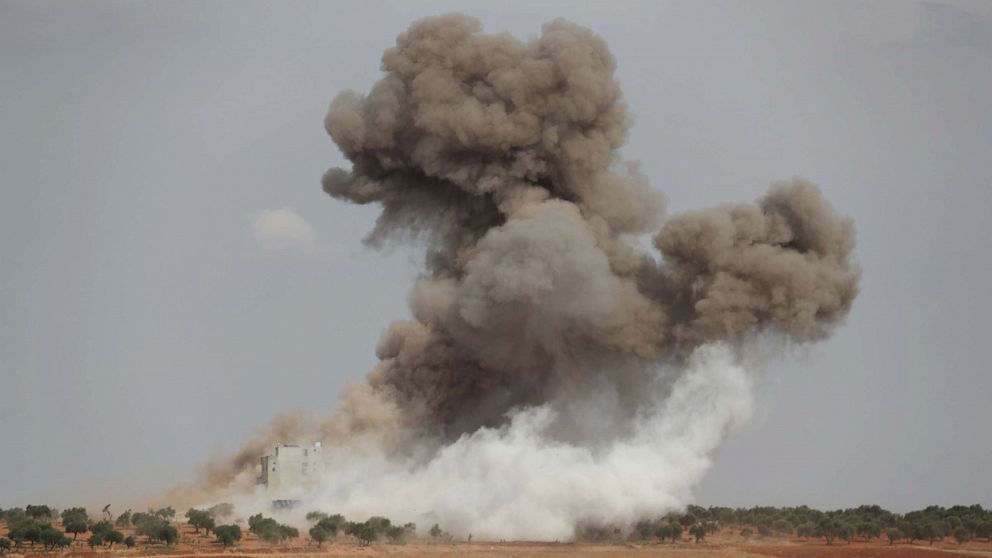