By Eric Knecht and Suleiman Al-Khalidi

BEIRUT (Reuters) – Protesters in Lebanon returned to the streets early on Sunday, keeping pressure on Prime Minister Saad al-Hariri as a self-imposed deadline to deliver a package of badly needed reforms for the country’s crumbling economy drew near.

Anti-government protests that have swept the country since Thursday have pulled together all segments of Lebanese society in an unusually unified call for the downfall of a political elite that protesters blame for plunging the economy into crisis.

Young protesters carrying rubbish bags arrived early in central Beirut on Sunday to clean debris left from festive demonstrations the day before, while groups of marchers with drums and loudspeakers returned to keep momentum.

“I didn’t expect people from the country’s north, south and Beirut to join hands and like each other. The protests have brought together everyone and this has never happened before,” said Sahar Younis, a 32-year-old worker with a non-governmental organization.

Hariri gave his feuding coalition partners a 72-hour deadline on Friday to agree to reforms that could ward off economic crisis, hinting he may otherwise resign. He accused his rivals of obstructing budget measures that could unlock $11 billion in Western donor pledges and help avert economic collapse.

If Hariri, a Sunni Muslim who is traditionally backed by the West and Sunni Gulf Arab allies, resigns it would be harder for the various parties that make up the ruling coalition to form a new cabinet.

A new cabinet would also likely see the Iranian-backed Hezbollah and its allies more in control, a shift that would make it nearly impossible for international donors or Gulf Arab countries at odds with Iran to offer aid or investments.

Government sources said Hariri was waiting for his coalition to get on board with the economic proposals, which include taxes on banks and a plan to overhaul the country’s costly and crumbling state electricity utility.

Late on Saturday the Maronite Christian Lebanese Forces party announced it would withdraw its four ministers from the government, piling further pressure on Hariri as he seeks to pass a budget that his government has pledged would include no new taxes.

The Association of Banks in Lebanon announced that all banks would be closed on Monday because of the unrest.

“We want to stay in Lebanon to build our future but if these corrupt politicians stay here what future will be left for us?” said 17-year-old student Cherbel Anton.

Hezbollah leader Sayyed Hassan Nasrallah has thrown his powerful Shi’ite group’s weight behind the current government, saying the country’s deep economic crisis means precious time should not be wasted forming a new one.

Nasrallah said on Saturday that imposing more taxes on people could lead to an “explosion” of unrest.

“If we don’t work toward a solution we’re heading toward a collapse of the country, it will be bankrupt and our currency will not have any value,” he said.

“The second danger is a popular explosion as a result of wrong handling of the situation.”

The budget could help one of the world’s most indebted countries unlock some $11 billion that was pledged by international donors last year but is conditional on long-delayed reforms to curb waste and corruption.

The mounting unrest was triggered in part by a proposed fee on WhatsApp calls, a measure which was quickly scrapped but that was seen by many as the latest government attempt to squeeze citizens receiving little in return from the state. 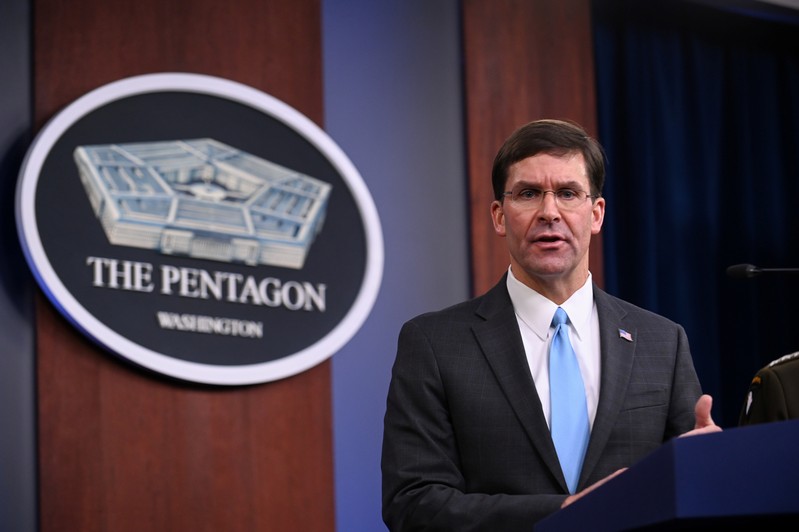