Larry Kudlow, the chief economic adviser to President Trump, accused staff members of the Federal Reserve‘s Board of being part of the “deep state.”

“I don’t want to get into a lot of Fed bashing,” Kudlow said during an interview with CNBC on Thursday. “They do the best they can. Their models are highly flawed. The deep state board staff, of course, has not been helpful. Oops, did I say that?”

“The Federal Reserve should cut rates regardless of how good this is,” Trump told reporters last week, referring to the partial trade deal he stuck with China. “We have a great economy, but we have a Federal Reserve that’s not in step with the rest of the world.”

So far this year, policymakers have voted to cut interest rates twice, setting them to a range between 1.75 percent and 2 percent. The Fed is widely expected to reduce borrowing costs for a third time at their upcoming meeting at the end of October.

'Bomb cyclone': What to know about this kind of monster storm

Thu Oct 17 , 2019
As a powerful Nor’easter wreaked havoc in New England overnight, it underwent what’s known as bombogenesis or “bombing out.” Bombogenesis — or a “bomb cyclone” — occurs when the pressure of a storm drops 24 millibars in 24 hours, or at the rate of 1 millibar per hour. A millibar […] 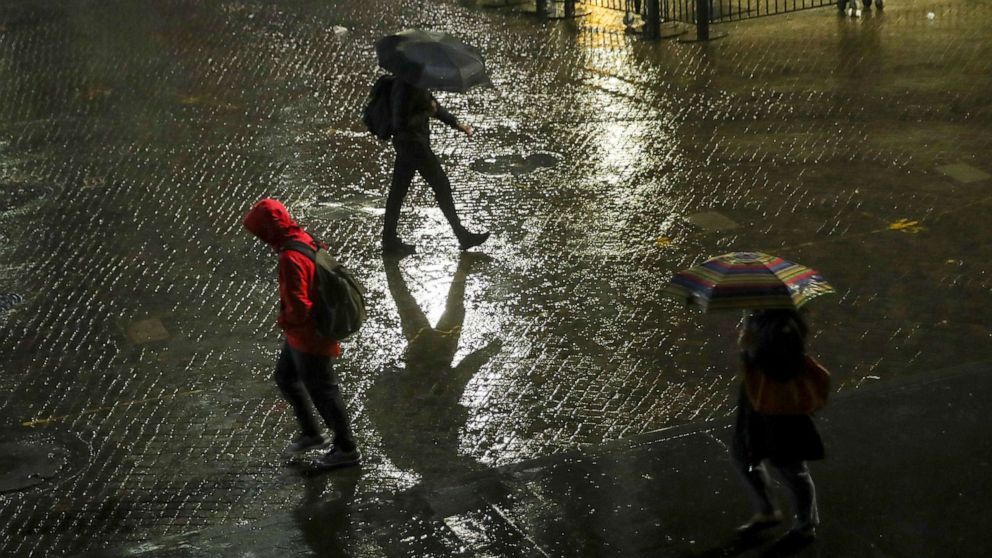