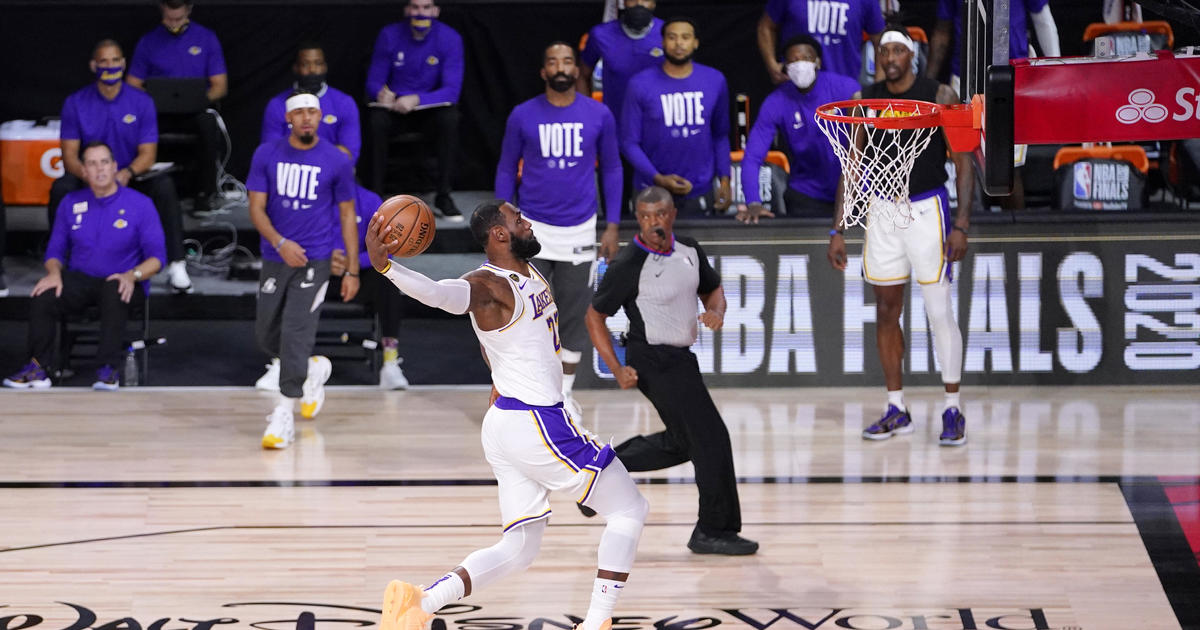 The Los Angeles Lakers have won the NBA Finals, defeating the Miami Heat 106 to 90 on Sunday, taking the series 4-2 and securing LeBron James’ fourth championship. The win brings an end to a season that was left in doubt after the coronavirus pandemic threatened to upend it. But the show went on, with the league forming a “bubble” at Disney’s ESPN Wide World of Sports complex in Florida, and continuing the season without fans.

The 35-year-old “kid from Akron” logged a masterful 28-point game, along with 14 rebounds and 10 assists, but James didn’t bring the title home himself. Anthony Davis racked up 19 points, including a crucial last-minute bucket, 15 rebounds, 3 assists in Game 6, bringing the Lakers franchise its seventeenth title in its storied history.

But the emotional victory represents more than another banner hanging from the rafters inside the Staples Center, following the death of Lakers legend and five-time champion Kobe Bryant, who was killed in a helicopter crash along with his daughter, Gigi, and seven others in January. This Lakers team often cited Bryant as their motivation throughout the title run. After each win, they echoed Bryant’s now-famous 2009 postseason comments, saying the “job’s not finished.”

The Heat, however, had their own spectacular playoff run, with breakout performances from rookie Tyler Herro, undrafted free agent Duncan Robinson and second-year big man Bam Adebayo. All three played lights out before the team experienced several key injuries in the Finals and were ultimately outmatched by the size and experience of the Lakers. And of course, there’s Jimmy Butler, who torched the Lakers in Games 3 and 5, racking up two monster 40- and 35-point triple-doubles, respectively. The Heat also upset the two-time reigning MVP Giannis Antentokoumpo and the Milwaukee Bucks in the Eastern Conference Finals. 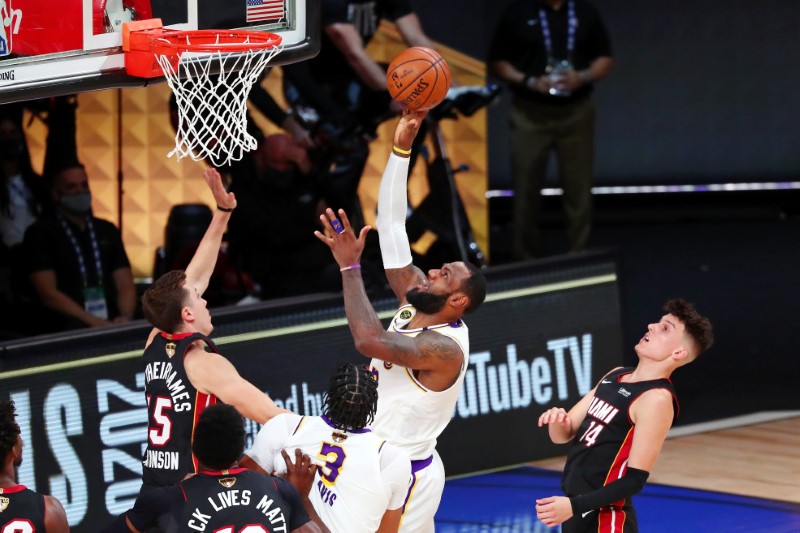