The country’s parliament meanwhile struggled to gather a quorum to vote in a new government and end a power vacuum in the Central Asian nation, which has been gripped by unrest since a contested election on Oct. 4.

Military checkpoints were put up overnight around the capital Bishkek and armoured personnel carriers were spotted in the city after Jeenbekov ordered troops to deploy and re-establish order amid flare-ups of violence.

Jeenbekov fired top security council officials who had either supported his opponents or failed to intervene when the opposition said on Tuesdat it was seizing power.

The state security service said it had detained Atambayev on charges of inciting unrest. The ex-president is Jeenbekov’s former patron and now his arch-enemy.

Atambayev’s supporters had on Tuesday secured his release from prison where he was serving a lengthy sentence on corruption charges.

The parliament had planned to gather in the presidential residence on the outskirts of Bishkek, after its own offices were ransacked by protesters who seized government buildings.

However, it kept delaying the session as it lacked the 61-person quorum needed to vote in a new cabinet, and it remained unclear which candidates could be considered.

Russia, which exerts significant influence on Kyrgyzstan, this week described the situation as “chaos”.

More than 1,200 people have been injured and one person has been killed in street clashes since protests erupted on Monday following an election in which establishment parties claimed landslide victory, a result contested by opposition parties.

The former Soviet republic, which has a population of just 6.5 million, is seen as strategically important. It hosts a Russian military airbase and serves as a hub for trade with neighbouring China. It is also home to a large Canadian-owned mining operation.

It was unclear which candidates the legislature would consider for the premiership when it does convene, although deputy speaker Aida Kasymaliyeva urged MPs to reconsider the nomination of opposition politician Sadyr Zhaparov, saying that voting him in would only divide the country further.

Zhaparov’s supporters clashed with followers of a few other parties on Friday which nominated their own candidate, Omurbek Babanov. Several people were wounded including a politician nominated to serve as Babanov’s deputy.

The opposition is divided between 11 parties which represent clan interests. The country that has already seen two presidents toppled by popular revolts since 2005.

Sat Oct 10 , 2020
Experts warn other extremist groups could attempt violent action in the months ahead after investigators thwarted an alleged plot to kidnap Michigan Governor Gretchen Whitmer. More than a dozen men remain in custody. Jeff Pegues reports on what charges they face, and what the FBI is warning could lie ahead. […] 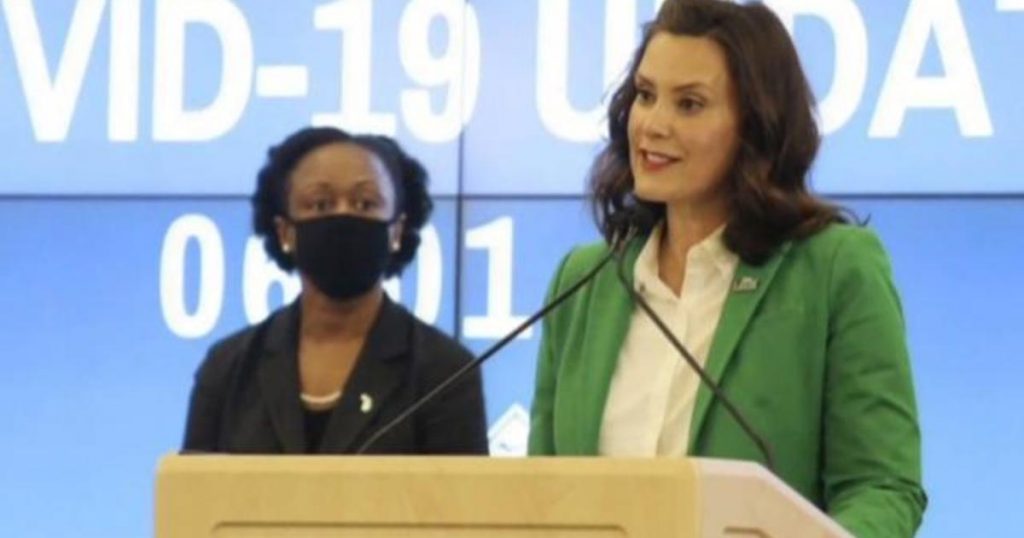