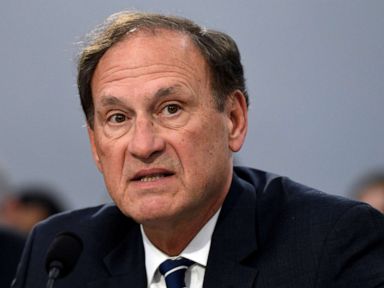 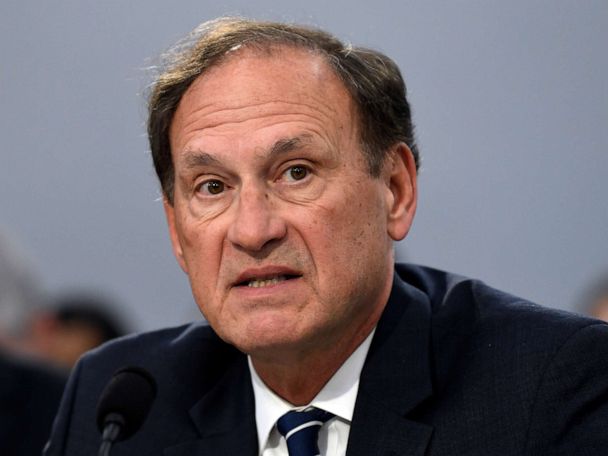 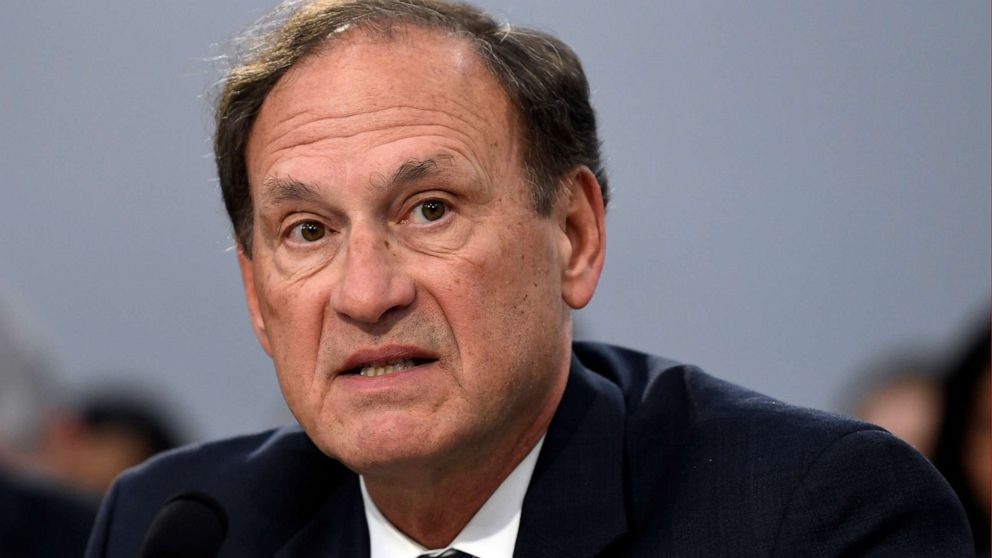 Justice Samuel Alito set off fresh calls for Supreme Court reform on Friday after delivering a highly opinionated speech to a conservative legal group that touched on polarizing issues currently under review by the court.

“If there were enforceable recusal standards at the high court, this would be a ripe opportunity for a motion to disqualify,” said Gabe Roth, executive director of Fix the Court, a nonpartisan independent watchdog group that has lobbied for a formal code of conduct for the justices.

“It would encourage them to think twice before making political speeches to partisan organizations and further eroding the public’s trust in their impartiality,” Roth said.

Alito’s remarks, delivered virtually on Thursday night to a conference hosted by the Federalist Society, focused on what he called the “unimaginable restrictions on individual liberty” imposed during the coronavirus pandemic. He also spoke about abortion rights, same-sex marriage and the Second Amendment.

The justice criticized state governors who have exercised broad discretion in setting policies aimed at taming the virus’s spread. He singled out capacity restrictions on houses of worship, lamenting Nevada’s 50-person cap on religious gatherings, which the Supreme Court refused to strike down by a 5-4 vote in July.

“Take a look at the Constitution. You will see the Free Exercise Clause of the First Amendment, which protects religious liberty,” Alito said. “You will not find a craps clause or a blackjack clause or a slot-machine clause.”

“Religious liberty is in danger of becoming a second-class right,” he said, noting that many of Nevada’s casinos have reopened with much higher caps.

Just this week, the Roman Catholic Diocese of Brooklyn, New York, filed a motion with the U.S. Supreme Court asking for an emergency injunction against similar capacity rules imposed by Gov. Andrew Cuomo in that state. The case is currently pending.

Challenges to other public health restrictions — which are highly politicized — have been reaching the court’s docket almost every week; others are still making their way to the justices through the federal judiciary.

“Both the tone and substance of the speech were quite political, which has long been viewed as inappropriate for Supreme Court justices,” said Kate Shaw, ABC News Supreme Court analyst and professor at Cardozo School of Law.

“I doubt Chief Justice Roberts was happy with the speech or the reactions it’s drawn,” Shaw said. “Roberts’ goal seems to be to keep the court out of the political fray, and with this speech Alito seems to be trying to plunge the court right into the center of it.”

While it’s not uncommon for justices to speak generally about matters of societal importance or debate during public appearances, commentary on specific cases or issues currently pending before the court is rare.

Some legal experts were also troubled by Alito’s discussion of the 1990 Supreme Court decision Employment Division v. Smith, which said that an individual’s religious beliefs cannot excuse compliance with an otherwise valid law.

That precedent is at the center of a case argued before the Supreme Court earlier this month involving religious liberty and a municipal anti-discrimination policy toward LGBT people. The Catholic plaintiffs are asking the justices to overturn the Smith decision.

“It pains me to say this, but in certain quarters, religious liberty is fast becoming a disfavored right. And that marks a surprising turn of events,” Alito said.

“Given everything that just happened around the court, one would think the new majority would want to take down the temperature and mollify concerns about impartiality. Justice Alito did neither,” Schnapper-Casteras said, referencing the acrimony around the confirmation of Amy Coney Barrett.

Alito stated at the outset of his speech that he was not intending to offer a definitive public statement on any matters of law. “I’m a judge, not a policymaker,” he said.

But his commentary drew critics from across the political spectrum.

“My agreement with some of Alito’s points does not alter the concerns over the messenger rather than the message,” tweeted Jonathan Turley, a George Washington University Law professor, who was the sole Republican legal witness during President Donald Trump’s impeachment hearings. “I still maintain that justices should speak primarily, if not exclusively, through their opinions.”

Some progressive Democrats, who have been calling for an expansion of the Supreme Court to counter the rushed confirmation of Barrett, said Alito’s comments added urgency to their cause.

“Justice Alito’s wildly inappropriate speech is a reminder that Republicans have packed the Supreme Court with extremist politicians in robes — and they’re planning a partisan revenge tour,” said Aaron Belkin, director of Take Back the Court, a progressive group advocating court expansion.

Supreme Court justices are not currently bound by any formal code of conduct and largely answer only to themselves on matters of ethics and recusal.

Josh Blackman, a constitutional law professor at South Texas College of Law and adjunct scholar at the libertarian CATO Institute, suggested much of the criticism is overblown.

“Most of what Justice Alito said was taken from his written opinions,” Blackman said. “There wasn’t much that surprised me. I was also grateful he pushed back against Democratic senators, who filed a brief in a Second Amendment case that threatened to ‘restructure’ the court.”

Alito seemed to anticipate blowback to his remarks.

“If any of you feel the urge to throw rotten tomatoes, go right ahead, you will only mess up your own screen,” he quipped.

The life and near death of prizefighter Christy Salters-Martin

Sat Nov 14 , 2020
Christy Salters-Martin dominated in the boxing ring but faced her toughest challenger at home. A look inside her turbulent marriage and evidence used in the attempted murder trial of her ex-husband, Jim Martin. Former world champion Christy Salters-Martin is credited with legitimizing women’s boxing. She is the only female boxer […] 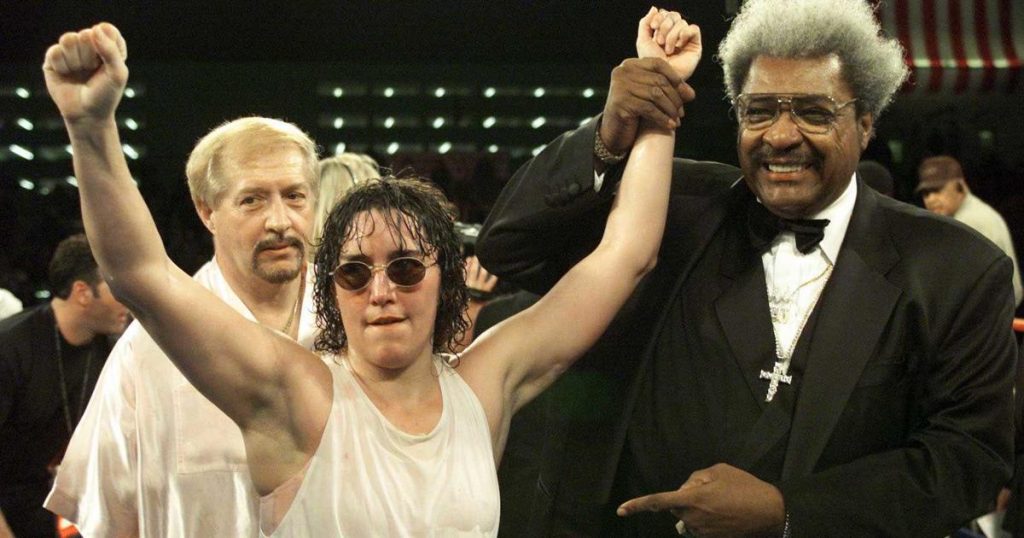