Agribusiness giant Monsanto will argue at a hearing that Judge Suzanne Bolanos should throw out the verdict in favor of DeWayne Johnson. Attorneys for the company say Johnson failed to prove that Roundup or similar herbicides caused his lymphoma, and presented no evidence that Monsanto executives were malicious in marketing Roundup. Bolanos was not expected to rule immediately.

Regulators around the world have concluded on “multiple occasions” that the active ingredient in Roundup — glyphosate — is not a human carcinogen, the attorneys said in court documents. They called the jury verdict “extraordinary” and said it requires “exceptional scrutiny.”

Johnson’s attorneys responded in court documents that the jury was well-educated and attentive. The evidence at trial was “more than sufficient to support an inference” that Johnson’s cancer was caused by his exposure to Monsanto’s herbicides, the attorneys said.

“Mr. Johnson’s story is tragic and could have been prevented if Monsanto actually showed a modicum of care about human safety,” they said.

Johnson’s lawsuit is among hundreds alleging Roundup caused cancer, but it was the first one to go to trial. The jury in August determined that Roundup contributed to Johnson’s cancer, and Monsanto should have provided a label warning of a potential health hazard.

It awarded Johnson $39 million in compensatory damages and $250 million in punitive damages.

Johnson sprayed Roundup and a similar product, Ranger Pro, at his job as a pest control manager at a San Francisco Bay Area school district, according to his attorneys. He was diagnosed with non-Hodgkin’s lymphoma in 2014 at age 42.

Many government regulators have rejected a link between glyphosate and cancer. Monsanto has vehemently denied such a connection, saying hundreds of studies have established that glyphosate is safe.

Monsanto wants Bolanos to override the jury’s decision and enter judgment in its favor or order a new trial. Bolanos also has the authority to reduce the award.

Wed Oct 10 , 2018
Michael has intensified into an extremely dangerous Category 4 hurricane on the five-step Saffir-Simpson scale and is expected to strengthen further before making landfall in the Florida Panhandle or the Florida Big Bend area, the U.S. National Hurricane Center (NHC) said on Wednesday. Michael, which is located about 170 miles […] 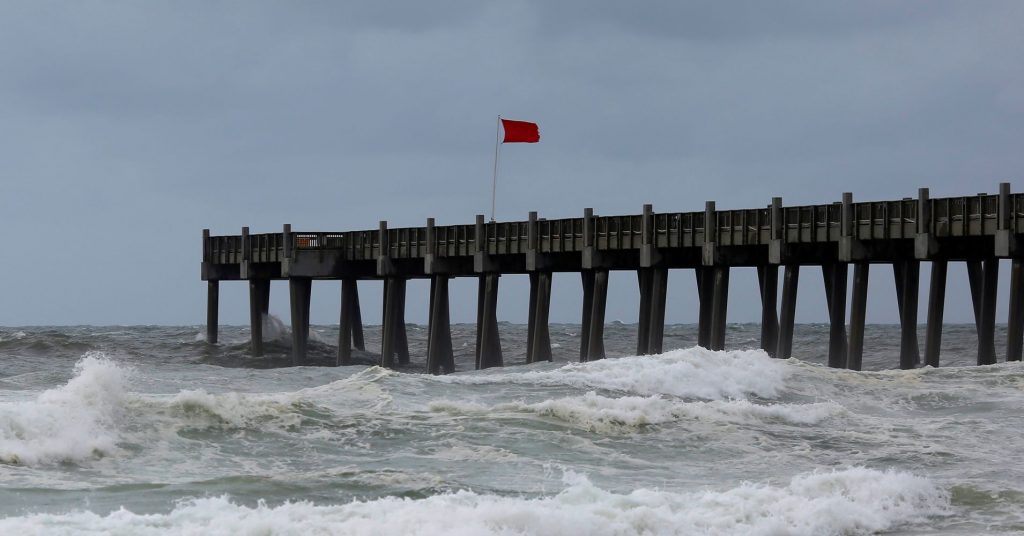