Amazon workers at Amazon’s Staten Island warehouse strike in demand that the facility be shut down and cleaned after one staffer tested positive for the coronavirus on March 30, 2020 in New York.

A federal judge on Monday dismissed a lawsuit against Amazon that accused the company of failing to stop the spread of the coronavirus by creating unsafe working conditions, and deferred to the Occupational Safety and Health Administration instead.

Amazon warehouse workers have routinely criticized the company’s response to the pandemic over the past several months, saying it failed to adequately protect them from the coronavirus. Amazon and its CEO Jeff Bezos have pushed back on these accusations, saying the company has gone to “great lengths” to safeguard workers.

JFK8 workers claimed Amazon failed to follow public health guidelines around the coronavirus, which put them and their family members at risk of getting sick. Barbara Chandler, one of the workers who filed the lawsuit, was among the first confirmed cases at JFK8, according to the complaint. Chandler’s cousin, whom she lived with, died in April after suffering from coronavirus symptoms, the lawsuit said.

The suit also alleged that Amazon violated New York labor law by failing to provide coronavirus sick pay “on a timely basis” and breached its duty to maintain a safe workplace.

Judge Brian Cogan dismissed the employees’ claims, deferring to OSHA in response to workers’ request for an injunction that would require Amazon to follow public health standards.

“No doubt, shutting down JFK8 completely during the pandemic while continuing to provide employees with pay and benefits would be the best protection against contagion at the workplace,” Cogan wrote in the ruling. “But someone has to strike a balance between maintaining some level of operations in conjunction with some level of protective measures.”

The workers’ claims and request for an injunction “go to the heart of OSHA’s expertise and discretion,” Cogan said.

Amazon has maintained that it has always followed public health guidance around the coronavirus and provided employees with adequate personal protective equipment.

“Nothing is more important than the health and safety of our employees,” Amazon spokeswoman Lisa Levandowski told CNBC in a statement.

Advocacy groups including Towards Justice, Public Justice, and Make the Road New York, who jointly filed the lawsuit with workers, called the court’s decision “devastating” for Amazon employees and said they’re weighing an appeal. It’s unclear whether JFK8 employees plan to file an OSHA complaint.

The decision “frees Amazon to continue to discourage workers to take adequate time to wash their hands at workstations, to fail to promptly pay for quarantine leave in line with some state laws, to undergo ‘contact tracing’ that doesn’t include the most basic steps in tracking worker contacts, and to continue failing to clearly communicate to workers about what they should do if they begin experiencing symptoms or believe they’ve been exposed,” the groups added.

Early on in the pandemic, Amazon’s Staten Island facility became a nexus for growing tensions between the company and warehouse employees. JFK8 workers held a protest in March to demand that the facility be shut down for extra cleaning. Amazon then drew public scrutiny after it fired Chris Smalls, a lead organizer of the strike, for violating social distancing rules.

Last month, Amazon disclosed that nearly 20,000 front-line employees contracted Covid-19 between March 1 and Sept. 19. The company said the rate of infection among employees was 42% lower than expected, compared with the general population rate in the U.S.

Mon Nov 2 , 2020
The PayPal application can be seen on a mobile phone. Felix Kästle | picture alliance | Getty Images Check out the companies making headlines after the bell: PayPal — Shares of the payments company dropped 4% in after hours trading Monday despite reporting better-than-expected earnings. PayPal earned $1.07 per share […] 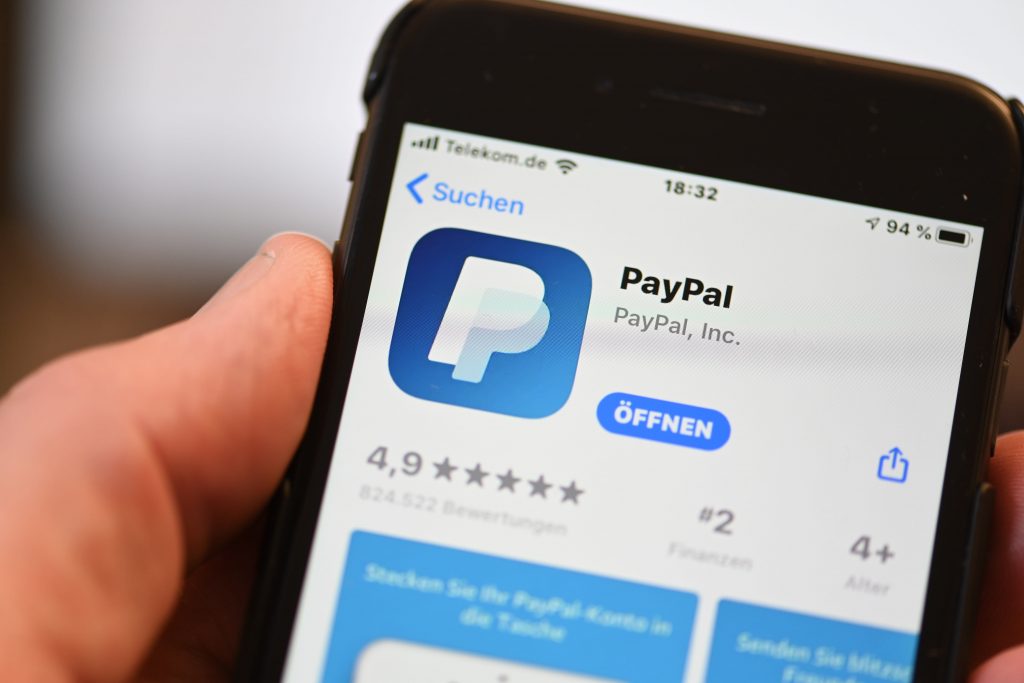