A judge Friday rejected the government’s request to ban Capitol riot defendant Anthime Gionet — an alt-right internet provocateur known as “Baked Alaska” — from posting videos online after they say he live-streamed himself calling police and threatening his friend.

Magistrate Judge G. Michael Harvey said during a Friday court hearing that he’d watched the video, thought it was “inane” and that Gionet seemed “to want to provoke people to engage in assaultive conduct,” but that it did not show a violation of Gionet’s conditions of release.

The judge declined prosecutors’ request to put Gionet on house arrest or ban him from posting videos, but did add new conditions of release that require him to report any contacts with law enforcement and ban him from possessing firearms.

Federal prosecutors’ request was prompted by a report from Pretrial Services, which manages defendants who are released before trial and which alerted the court to the video. During Friday’s hearing, a representative from Pretrial Services said they were concerned about the safety of the community after Gionet’s “frequent negative law enforcement contacts” and video footage that showed him exploiting and agitating people around him.

Prosecutors cited a live stream which Gionet filmed in Arizona, where they say he provoked an intoxicated friend to become angry and then threatened him, saying, “You’re a f***ing b****. Why don’t you fight me like a real man right now?” He later screamed, “You’re a pedophile,” and lunged at his friend before a third friend stepped in to physically separate them.

In the video, Gionet calls police on his friend twice after the friend repeatedly asks him to stop filming and bats Gionet’s phone out of his hands. Once police arrived, Gionet was “somewhat uncooperative with them,” prosecutors argued in their court filing.

Throughout Gionet’s encounter with police, he continues to live-stream, waffles about whether he’d like to press charges and plays a song for police that he says he wrote. “We love our cops, our law enforcement,” the lyrics say. He tells police his friends were in town “to stream, to make content.”

After Gionet calls police a second time, they warn him not to continue antagonizing his friend, and urge him to go home and “leave the city bounds.” An officer tells him, “If you have a problem, you call someone else, because if I come back again, I’m bringing you straight to jail.”

During the interaction with police, Gionet tells an officer he is facing a pending trial. “I don’t know if that’s relevant information to you,” he said, explaining that he is a Capitol riot defendant.

“The Capitol thing — did you see that? Yeah, I was there,” he says.

For his alleged role at the Capitol on January 6, Gionet faces two charges of knowingly entering or remaining in a restricted building or grounds and violent entry and disorderly conduct on Capitol grounds.

Prosecutors say he live-streamed himself for approximately 27 minutes while inside the Capitol on January 6, and could be heard on video repeatedly encouraging other protesters not to leave. At one point in the video, he accused a law enforcement officer of shoving him, though no shoving could be seen on the video, prosecutors said. He said to the officer, “You’re a f***ing oathbreaker you piece of s***.”

He had been released on his own recognizance and is subject to GPS monitoring.

Gionet, a well-known figure in the alt-right who participated in the “Unite the Right” rally at Charlottesville in 2017, previously worked at BuzzFeed. His former colleague Ben Smith, now a New York Times columnist, described Gionet’s descent into alt-right politics as “the story of a man being rewarded for being a violent white nationalist, and getting the attention and affirmation that he’s apparently desperate for.”

Gionet’s attorney said in court Friday, “I just find it extremely concerning that because someone may be offended by his behavior or what he does or what he likes to do for work or for making money that we’re going to get called into account for these things.”

He stressed that Gionet earns a living by making videos, and blocking him from publishing content would be “detrimental.” He said, “It would cut off all of his income.” His lawyer said there was no violation and stressed that his client’s conduct was not illegal. “I really don’t know why we’re all here today,” he said.

Texas Dems stalled the GOP's voting law. Here's what was in it

Fri Jun 4 , 2021
The Texas bill to overhaul its elections is dead for now, after Texas Democrats walked out of the state Capitol late Sunday night, denying Republicans a quorum as the clock ticked down on the legislative session. Governor Greg Abbott immediately put lawmakers on notice that he’ll call a special session […] 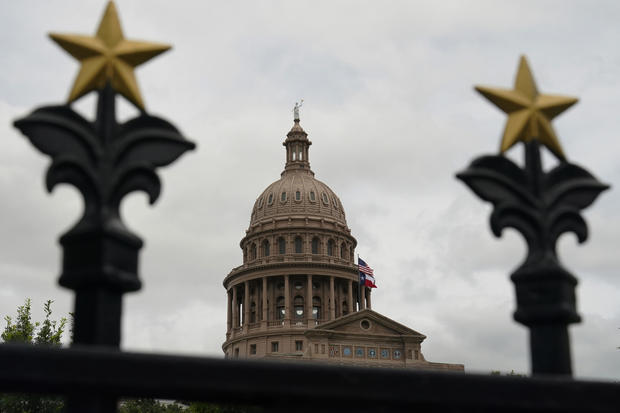