Jordan’s King Abdullah said he would support the formation of a Middle East military alliance similar to NATO, and that it can be done with countries that are like-minded.

Jordan’s King Abdullah II said he would support the formation of a Middle East military alliance similar to NATO, and that it can be done with countries that are like-minded.

The kingdom works actively with NATO and sees itself as a partner of the alliance, having fought “shoulder-to-shoulder” with NATO troops for decades, the monarch told CNBC’s Hadley Gamble on Wednesday.

“I’d like to see more countries in the area come into that mix,” he said.

“I would be one of the first people that would endorse a Middle East NATO,” Abdullah said.

But the vision of such a military alliance must be very clear, and its role should be well defined, he added.

“The mission statement has to be very, very clear. Otherwise, it confuses everybody,” he said.

Cooperation in the region

Besides potential security and military cooperation, countries in the Middle East are starting to work together to address the challenges that have arisen from the war in Ukraine, the king said.

“All of us are coming together and saying ‘how can we help each other’,” he said.

“Help each other,” he emphasized, “which is, I think, very unusual for the region.”

Energy and commodity prices have soared following Russia’s unprovoked invasion of Ukraine. Jordan is an energy importer, but Abdullah noted that a nation with oil but no wheat will also need help.

Countries in the region recognize the goal needs to be a win-win solution, he said.

“If I’m okay and you’re not, I’m going to end up paying the price” because regional projects will be affected, he said.

“I’m hoping what you’re seeing in 2022 is this new vibe, I guess, in the region to say, ‘how can we connect with each other and work with each other’,” he added.

Toyota recalls electric car for faulty wheel that could come loose: 'No one should drive these vehicles'

Fri Jun 24 , 2022
Check out what’s clicking on FoxBusiness.com. Toyota is recalling 2,700 of its electric crossover vehicles due to wheel bolts that could become loose, causing the wheel to come off. It is seen as a blow to the Japanese automaker’s efforts to roll out electric cars. FILE – Visitors check a […] 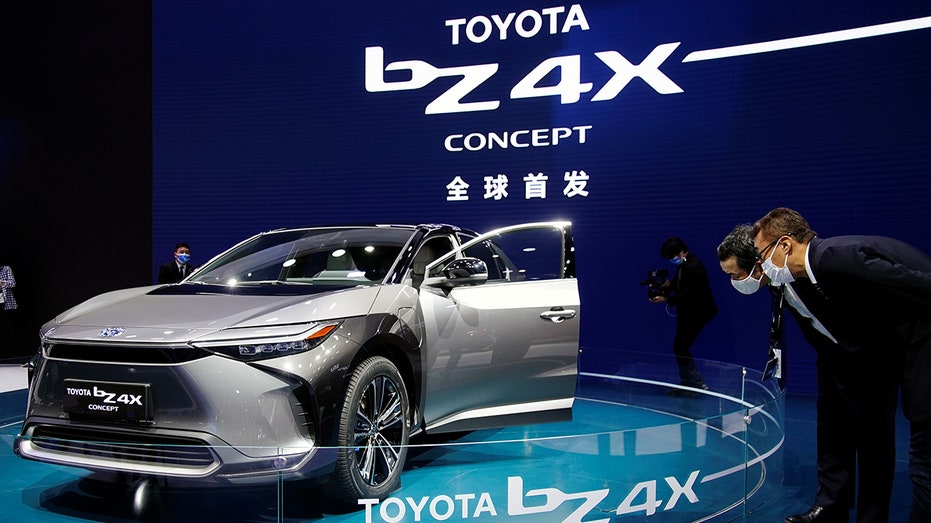