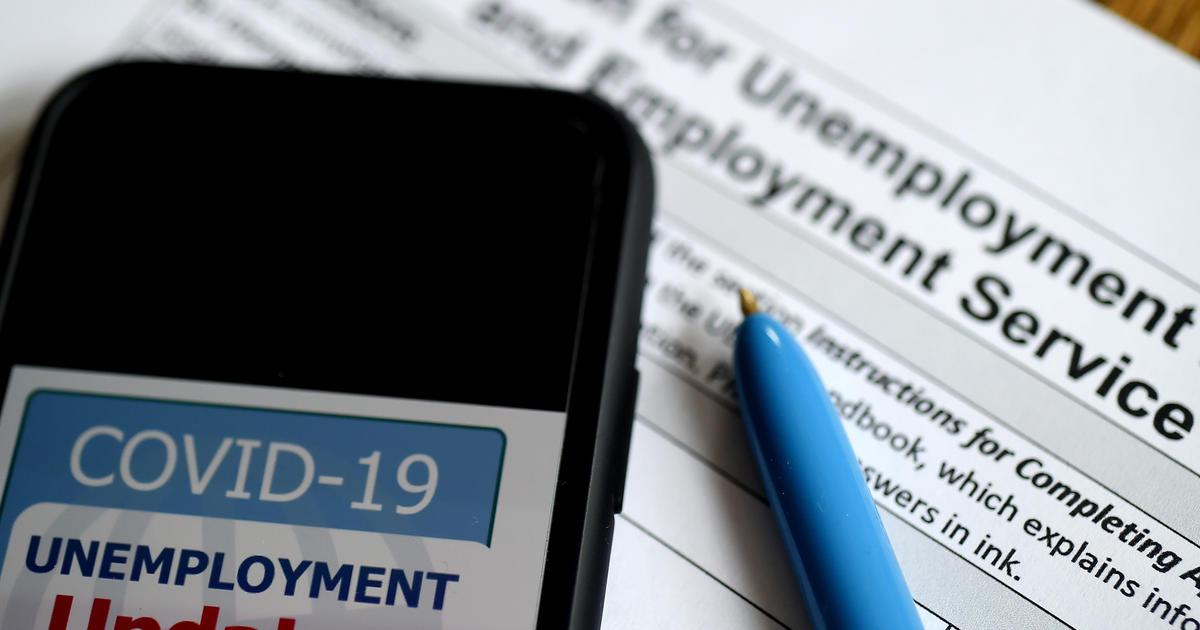 As the nation’s political drama continues to play out, the U.S. job market is showing signs of slowing down. The number of Americans applying for initial unemployment benefits last week ticked down to 751,000, the Labor Department said Thursday, a slight decline from 758,000 applications the previous week.

Another 363,000 people applied for Pandemic Unemployment Assistance, a special government relief program for self-employed workers and others who don’t qualify for regular federal or state unemployment aid. As of mid-October, 21.5 million people, or about 1 in 7 workers, were receiving some sort of jobless aid.

The job market has been under pressure since the coronavirus paralyzed the economy earlier this year, regaining roughly half the 22 million jobs that were lost in April and May. The pace of hiring has also steadily weakened, from 4.8 million payroll gains in June to 661,000 in September. The unemployment rate remains elevated at 7.9%.

“Overall, the labor market continues to repair itself, but the pace at which it is doing so is slowing down,” Peter Boockvar, Chief Investment Officer with Bleakley Advisory Group, told investors in a note.

In the meantime, coronavirus cases in the U.S. are skyrocketing, with more than 100,000 new cases of the virus confirmed on Tuesday, according to Johns Hopkins University. Economists warn that rising cases could have a dampening effect on the service sector.

“The goods economy — manufacturing, wholesaling, transportation and retailing — is holding up well, but leisure, recreation, entertainment and hospitality will all suffer as fear of the virus keeps more people at home,” Ian Shepherdson, chief economist at Pantheon Macroeconomics, said in a research note.

Big companies, in particular, have continued to lay off workers. Exxon Mobil said last week that it was slashing 1,900 jobs in the U.S. Chevron said it planned to cut a quarter of employees at recently acquired Noble Energy, with the pandemic sapping demand for fuel. Charles Schwab plans to cut 1,000 jobs after absorbing TD Ameritrade. ESPN on Thursday said it was cutting 300 jobs and leaving 200 others unfilled.

Boeing is making deeper cuts to its workforce than originally planned. As the pandemic depresses demand for new planes, the aviation giant expects to end 2020 with 30,000 fewer employees than it had at the start of this year.

Thu Nov 5 , 2020
The latest jobs report from the Department of Labor shows 751,000 Americans filed for unemployment in the week ending October 31, a decrease of 7,000 claims from the week before. Mark Hamrick, senior economic analyst for Bankrate, looks at what these numbers mean for our economy. Free America Network Articles 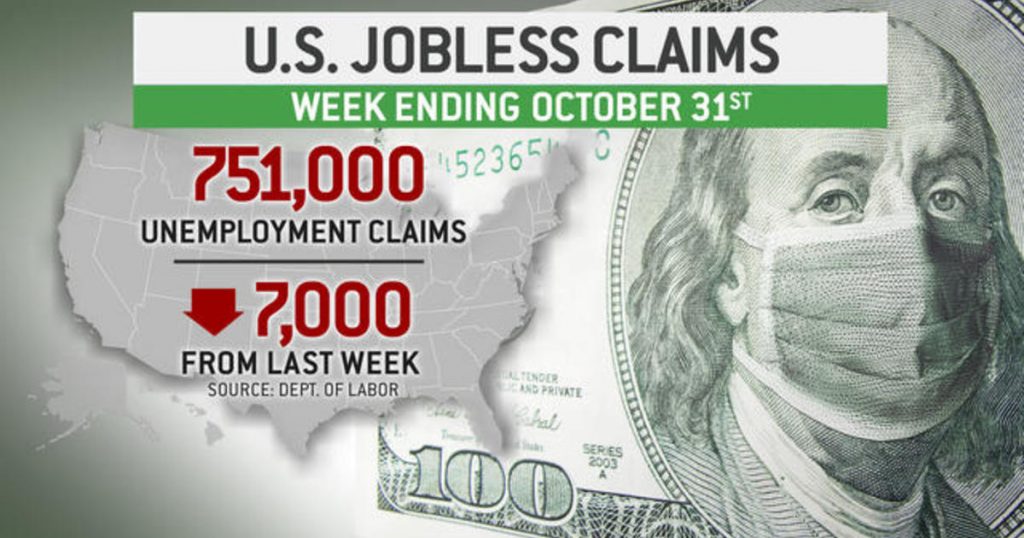