CNBC’s Jim Cramer on Tuesday detailed his investment approach to navigating moments of geopolitical uncertainty, as conflict brews between Russia and Ukraine.

Concerns about Russia’s escalating aggression toward Ukraine have weighed on Wall Street in recent days, including Tuesday’s broad declines that saw the S&P 500 close in correction territory, which is defined as more than 10% below its most recent high.

“When you get a geopolitical-induced sell-off, you have new rules. You have to be ready to do some buying unless you think the event in question could be cataclysmic,” the “Mad Money” host said. “I don’t think it will be, and if there’s something that truly goes awry, or for heaven’s sake, if there is a nuclear war … I guarantee the last thing you’ll be worried about is your portfolio.”

Cramer said it’s hard to predict what Russian President Vladimir Putin will do next, after sending troops into breakaway regions of eastern Ukraine on Monday. It’s a horrible humanitarian situation, he stressed.

For investors, Cramer said it’s important to have predetermined price levels in mind for stocks. Then, if they fall to that point, investors can be ready to buy at the more attractive level, Cramer said.

Cramer pointed to Walmart, a stock his Charitable Trust owns, to illustrate his point. When the retail giant issued strong earnings and guidance last week, he said the stock was around $133 per share. It was lower Tuesday as part of the general weakness, but shares were still at roughly $136 apiece.

That price is “not low enough to lower our cost basis for the Trust. You always want to buy things cheaper so you can lower your basis. That’s good portfolio management,” Cramer said, explaining he believes it’s not worth being too aggressive given the significant uncertainty in the world.

“But you have to understand that you’re now getting a chance to buy some high-quality stocks well below their 52-week highs and at some levels that are genuinely cheap,” he said. “They could get even cheaper as the Ukraine situation unfolds.”

Sign up now for the CNBC Investing Club to follow Jim Cramer’s every move in the market.

Wed Feb 23 , 2022
Children in eastern Ukraine get lessons in survival at school amid fears of Russian invasion – CBS News Watch CBS News School looks a little different in Kharkiv, Ukraine, a city just 25 miles away from the Russian border. As the country braces for a Russian invasion, children are learning […] 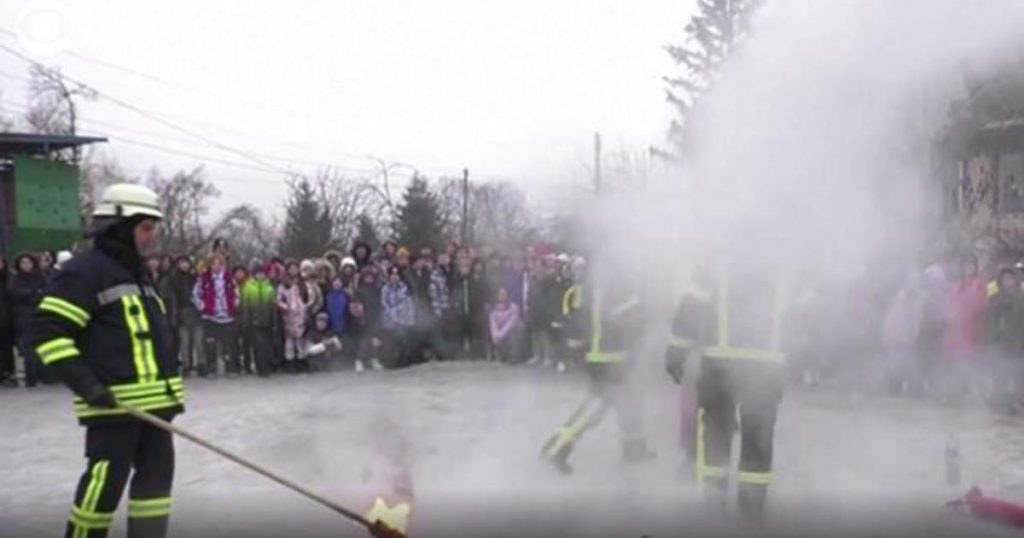