Jeffrey Epstein attends Launch of RADAR MAGAZINE at Hotel QT on May 18, 2005.

Accused child sex trafficker Jeffrey Epstein is worth more than $500 million, federal prosecutors said Friday in a court filing that urged a judge to deny his bid to be released on bail.

Prosecutors also said that evidence suggests that Epstein was trying to influence, with payments of money, “co-conspirators who might provide information against him.”

In recent months, prosecutors said in their filing, Epstein has been  “paying significant amounts of money to influence individuals who were close to him during the time period charged in this case and who might be witnesses against him at a trial.”

Two days after the Miami Herald began publishing stories in November about Epstein, he allegedly wired $100,000 to a trust account controlled by a person named as a possible co-conspirator in a non-prosecution agreement he had signed with federal prosecutors in 2007, the filing Friday said.

“The same records appear to show that just three days after that, on or about December 3, 2018, the defendant wired $250,000 from the same trust account to another individual named as a possible co-conspirator in the [non-prosecution agreement]and also identified as one of the defendant’s employees in the Indictment,” prosecutors wrote.

Prosecutors said in their filing that Epstein, 66, earns more than $10 million in income annually. The statements about Epstein’s wealth were based on records from a financial institution.

The filing in U.S. District Court in Manhattan came a day after Epstein’s lawyers urged a judge in their own filing to release him on a personal recognizance bond that could be secured by a mortgage on his Upper East Side townshouse, which is worth upwards of $77 million.

Prosecutors called Epstein — who had been friends with presidents Donald Trump and Bill Clinton  — “a serial sexual predator who is charged with abusing underage girls for years.” They argue that he would be a flight risk if released on bail, and also would be a danger to the public.

Epstein is charged with sex trafficking in an indictment that claims he sexually abused dozens of female minors, some as young as 14 years old, from 2002 through 2005.

He has pleaded not guilty in the case. A detention hearing is scheduled for Epstein on Monday.

He currently is being held in a federal jail in lower Manhattan.

In their new filing, prosecutors listed Epstein’s wide array of pricey assets as they laid out their argument against his bail request.

Epstein, they wrote, has “access to innumerable means to flee,” including 15 motor vehicles including “seven Chevrolet Suburbans, a cargo van, a Range Rover, a Mercedez-Benz sedan, a Cadillac Escalade, and a Hummer II,”  as well as two private jets and six residences around the world, including a private island.

Epstein’s lawyers on Friday morning had filied a supplemental financial disclosure in the case under seal with the case’s judge. They asked for that information to be kept secret from the public because of the large amount of media interest in the case.

The prosecutors describe Epstein’s sealed financial disclosure as a “minimal” and “token” submission that leaves many questions about his vast wealth unanswered.

They warned the judge that Epstein’s bail proposal does not mitigate his potential flight risk.

“Nothing in the proposed package would prevent the defendant from transferring liquid assets out of the country quickly and in anticipation of flight or relocation,” prosecutors wrote.

Fri Jul 12 , 2019
In what New York Democratic Sen. Chuck Schumer lauded as an “overwhelming expression of bipartisan support,” the House passed a bill making the 9/11 victim compensation fund permanent. The act moved forward Friday by a vote of 402-12 with its next stop in the Senate — likely in August. The […] 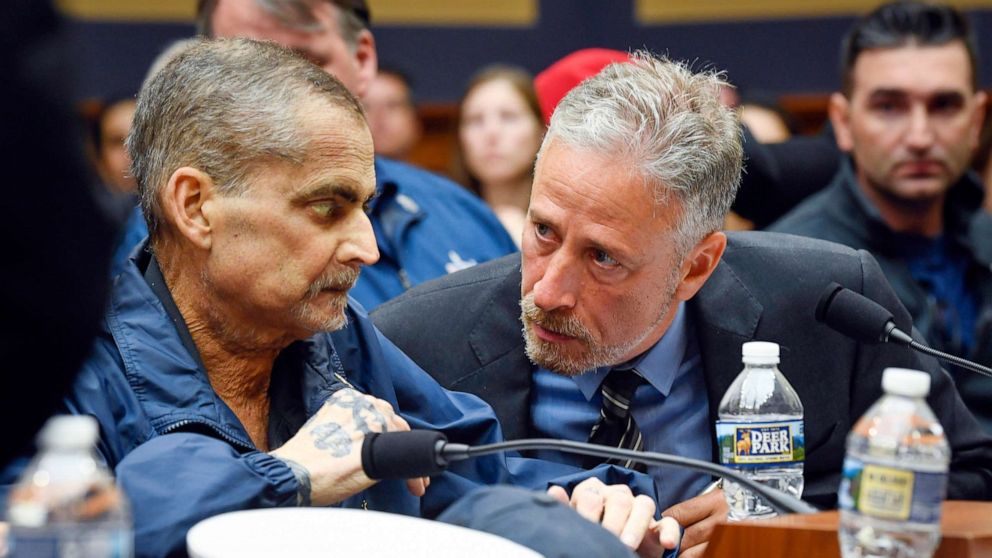