FILE PHOTO: A man works at a factory at the Keihin industrial zone in Kawasaki, Japan February 28, 2017. REUTERS/Issei Kato

The global economy could suffer its worst downturn this year since the Great Depression of the 1930s due to a virus-driven collapse of activity, with Japan’s economy facing stagnation due to its export dependence and soft domestic consumption.

Official data on Thursday showed factory output slipped 3.7% in March from the previous month, a smaller decline than the 5.2% drop in a Reuters forecast.

The reading marked the sharpest fall in production since October last year, and followed a downwardly revised 0.3% drop in the previous month.

“Though China’s economy picked up slightly in March, the virus outbreak spread in other countries leading to a stalling of economic activity,” said Takeshi Minami, chief economist at Norinchukin Research Institute.

Automakers and machinery manufacturers suffered output declines due to slower demand for parts and equipment from factories overseas, including China.

“Inventories were at a level not seen since April 2009, when the global economy was still recovering from the ‘Lehman Shock’. I think there will be considerable production adjustments,” said Minami.

The data showed inventories in March jumped 8.5% from the previous month, while shipments sank 5.0%, their biggest decline since comparable data became available in 2013.

The government downgraded its assessment of output conditions to say they are dropping.

Manufacturers surveyed by the government expect output to rise 1.4% in April and drop 1.4% in May, the data showed, though manufacturers’ forecasts for future production have historically been on the high side.

“There’s a high possibility output may also decline in April considering that manufacturers have not fully taken into account the impact of the coronavirus outbreak,” a trade ministry official said.

Retail sales slumped 4.6% in March from a year earlier, pulled down by tumbling demand for general merchandise and clothing as well as plunging department store sales.

Sales of household appliances, such as refrigerators and washing machines, as well as smartphones were also weak, another trade ministry official said.

The fall in retail sales confirms that the recovery in spending from the tax hike “has been completely derailed by corona containment,” said Tom Learmouth, Japan economist at Capital Economics.

The government downgraded its view on the consumer sentiment index, saying it was worsening quickly.

Japan was already struggling with weak demand before the outbreak after the government raised the sales tax to fix its heavy public debt burden, which is more than twice the size of the gross domestic product.

The economy shrank an annualised 7.1% in the three months through December due to the hit from the U.S.-China trade war and the sales tax hike.

The soft batch of data comes as Japan’s parliament is set to approve on Thursday a $241 billion supplementary budget to fund a record stimulus package featuring cash payouts to every citizen to offset the widening economic hit.

The move will come on the back of expanded stimulus from the Bank of Japan, which earlier this week rolled out fresh steps to ease corporate funding strains and pledged to buy unlimited amounts of bonds to keep borrowing costs low.

Official data on Tuesday showed the widening hit to the jobs market from the outbreak. The March jobless rate rose to its highest in a year, while job availability slipped to a more than three-year low.

The world's wealthiest are sticking with stocks despite the coronavirus crisis, UBS finds

Thu Apr 30 , 2020
Almost half of the world’s wealthy investors and business owners expect to maintain their stock portfolio at the same level for the next six months, even as the coronavirus pandemic plunges the global economy into disarray, according to a study by UBS. The Swiss bank’s quarterly global survey found that […] 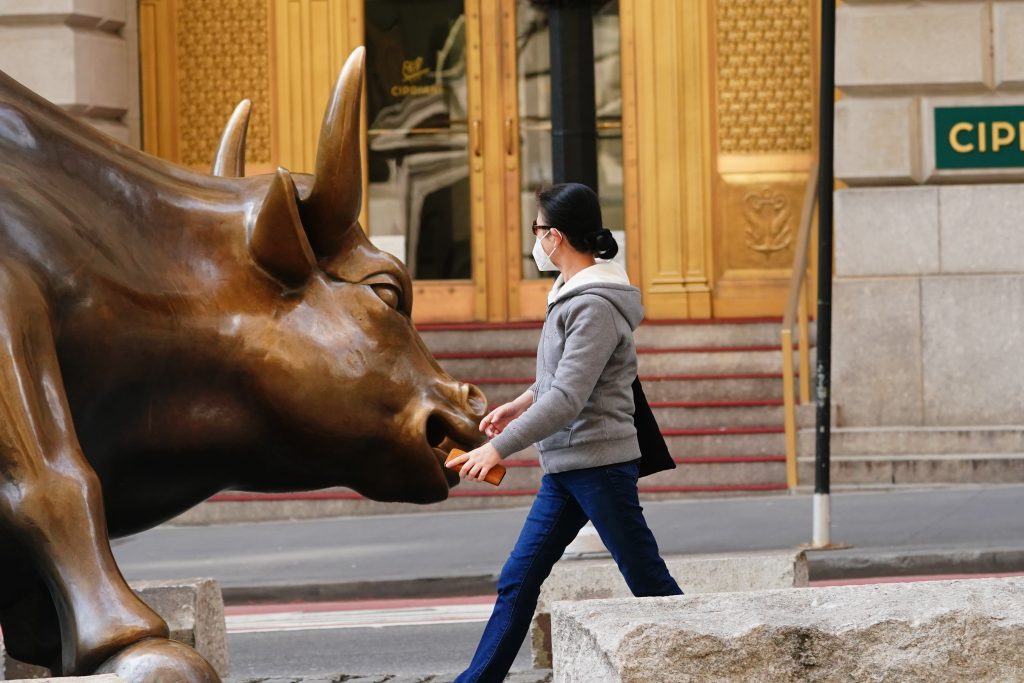