Commuters and an office worker wait for a train in Osaka, western Japan October 24, 2017. REUTERS/Thomas White

TOKYO (Reuters) – Two-thirds of Japanese firms think the government’s push to raise wages by 3 percent is a tall order, with some dismissing it out of hand, a Reuters poll found, underscoring deep corporate reluctance to boost fixed costs despite huge cash piles.

During his five years in office, Prime Minister Shinzo Abe has urged companies to raise wages to encourage consumer spending and lift the economy out of deflation, even offering tax breaks to businesses that raise wages a specified amount.

Major companies, which typically increase wages in unison after spring negotiations with unions, have hiked salaries on average about 2 percent for the past four years. But Abe, fresh from his latest election victory, said in October he wanted wages hiked 3 percent.

Only 31 percent of firms polled in the Reuters Corporate Survey, conducted Nov. 21-Dec. 4, said that was a realistic goal. Some 61 percent said it was unrealistic while 7 percent called it “out of question”.

“A 3 percent increase seems way too high when the current mood is such that there is even some pressure for firms to cut prices of daily household goods,” wrote a manager at a service company, citing the difficulty of passing on costs to customers.

Business managers said they need to limit wage hikes because of future uncertainty, a potential loss of competitiveness and rising costs of materials.

That reluctance comes despite large amounts of cash on hand with central bank data showing cash and deposits for corporate Japan came to 254 trillion yen ($2.3 trillion) in April-June – the second largest amount on record.

“Profits should be spent on dividends and capital expenditure but not on personnel expenses that push up fixed costs,” wrote a manager at metal products company.

The survey, conducted for Reuters by Nikkei Research, polled 547 big and mid-sized businesses, of which some 230 responded to the questions on wage hikes. Companies respond on condition of anonymity.

Although major firms have managed to lift wages around 2 percent a year for the last few years, smaller firms have lagged behind. For all of corporate Japan, wages edged up just 0.4 percent in the last financial year ended in March.

Respondents who said the 3 percent hike was realistic included transport firms – among the Japanese firms most hit by labor shortages – who said they had no choice but to raise wages.

The survey also showed that the possibility of much larger tax breaks if firms implement wage increases of 3 percent – a measure currently under consideration by Abe’s ruling party – only appeals to about half of Japanese firms.

The ruling party is looking at one proposal that would allow firms to reduce their effective tax rates to about 20 percent versus roughly 30 percent currently, providing that companies raise wages by 3 percent and invest in innovative technology.

Several firms said that they would only consider making use of large tax breaks if profit growth was sufficient to justify a 3 percent wage hike.

“Pay raises will permanently affect business results, but tax cuts cannot be in place indefinitely,” wrote a manager at a food company who said it won’t use the new tax breaks.

“Companies’ economic growth expectations are low in the medium to long-term due to a shrinking domestic market as the population is rapidly ageing. As such they cannot become bullish on wages,” said Yuichiro Nagai, an economist at Barclays Securities, who reviewed the survey results.

Thu Dec 7 , 2017
The 1st Marine Aircraft Wing, a unit of the U.S. Marine Corps, is investigating reports that an object from a U.S. military aircraft fell onto the roof of the Midorigaoka Nursery School in Okinawa, Japan, Thursday morning. A staff member at the school told NHK, a Japanese public broadcasting company, […] 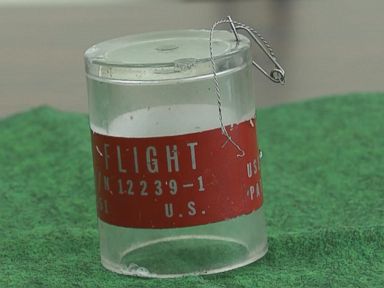