Light is cast on a Japanese 10,000 yen note as it’s reflected in a plastic board in Tokyo, in this February 28, 2013 picture illustration. REUTERS/Shohei Miyano/File Photo

TOKYO (Reuters) – Japan’s government is set to compile an extra budget for this fiscal year featuring spending worth 36 trillion yen ($313 billion), with additional new bond issuance at 22.1 trillion yen, a draft of documents seen by Reuters showed on Wednesday.

Tax revenue would exceed initial estimates by 6.4 trillion yen in a sign the Japanese economy has weathered the fallout from the COVID-19 pandemic better than earlier thought, the draft of an extra budget due to be crafted on Friday showed.

Wed Nov 24 , 2021
Senior doctor Thomas Marx puts on his personal protective gear (PPE) before he enters the room of a patient infected with the novel coronavirus (Covid-19) in an intensive care unit (ICU) at the hospital in Freising, southern Germany. LENNART PREISS | AFP | Getty Images Germany is set to decide […] 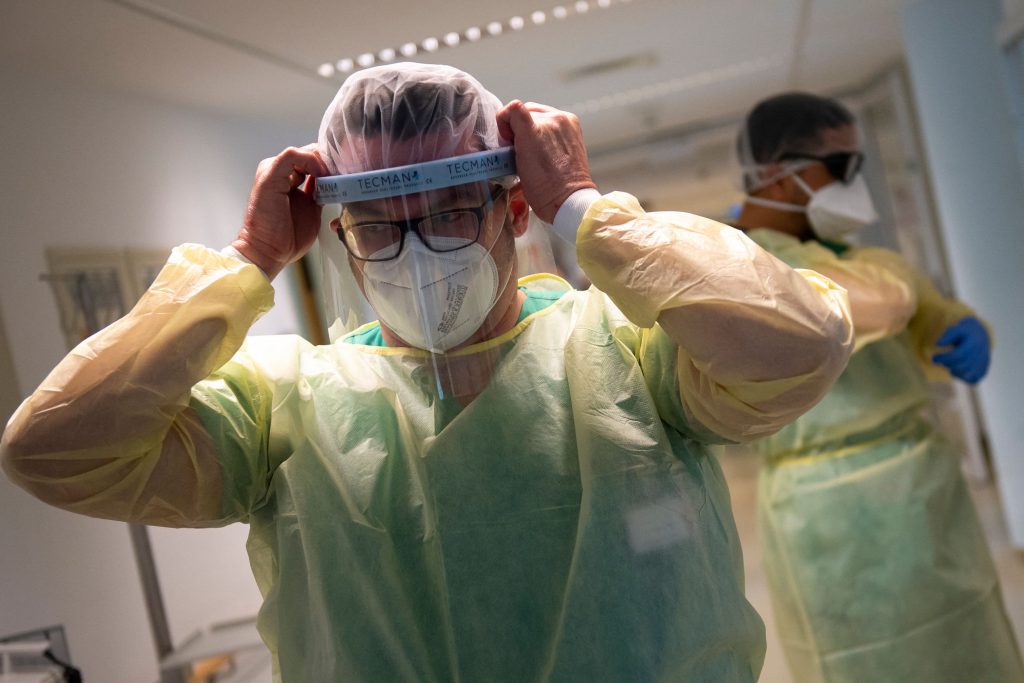