TOKYO (Reuters) – Japan will lay out on Friday a “green growth strategy” that includes a goal to replace gasoline-powered vehicles with electric cars by around 2035, the Nikkei newspaper reported.

The strategy will serve as an action plan to achieve Prime Minister Shinzo Abe’s pledge to slash carbon emissions to zero on a net basis in 2050.

Under the strategy, the government will set 14 targets for promoting a greener society, such as installing up to 45 gigawatts of offshore wind power by 2040, the paper said.

The green strategy will also include an estimate that renewable energy will contribute 50-60% of Japan’s total power in 2050, according to the draft of the strategy document obtained by Nikkei.

Suga has made green investment a top policy priority to help revitalise the economy and bring Japan in line with other regions setting ambitious carbon-neutral targets.

Japan will look at reducing greenhouse gas emissions beyond its current target for 2030 and lay out details next year on a carbon pricing scheme that won’t rule out a carbon tax, a government executive told Reuters this week.

Wed Dec 23 , 2020
Airline industry workers hold signs during a protest in Federal Plaza in Chicago, Illinois, on September 9, 2020. Kamil Krzaczynski | AFP | Getty Images U.S. airlines have begun the complicated process of calling back 32,000 workers they furloughed this fall, a condition struggling carriers need to comply with to […] 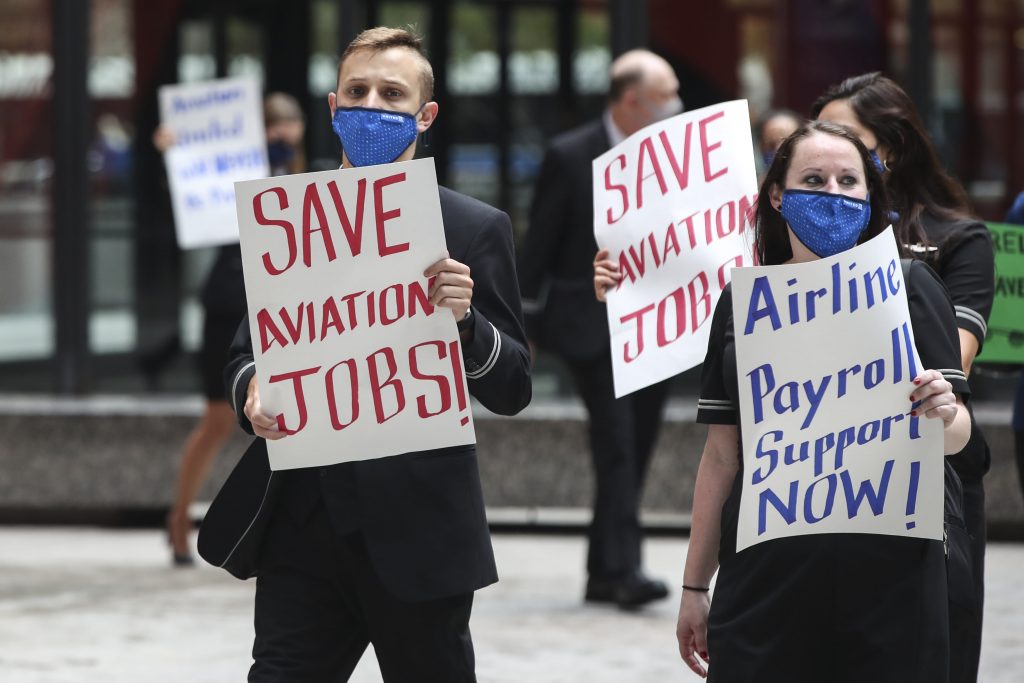