FILE PHOTO: Light is cast on a Japanese 10,000 yen note as it’s reflected in a plastic board in Tokyo, in this February 28, 2013 picture illustration. REUTERS/Shohei Miyano

TOKYO (Reuters) – Japan’s cabinet approved its first extra budget for this fiscal year on Friday with spending worth $313 billion to cushion the blow from the COVID-19 pandemic, as the country keeps its stimulus taps open even as other economies close theirs.

Featuring cash payouts to households with children and financial support for corporations, the extra budget contains some elements of populist spending despite the image of Prime Minister Fumio Kishida as a fiscal hawk.

Kishida is prioritising economic growth over fiscal reform near-term to encourage citizens to share the fruit of growth under a wealth distribution policy dubbed “new capitalism.”

Kishida’s government will next month compile an annual state budget for fiscal 2022/23, aiming to implement seamless spending over a 16-month period.

The budgets are also targeted at boosting growth in the green and digital sectors and strengthening chip factories, while the ruling bloc on Friday began debate on an annual tax code revision focused on measures such as tax incentives to encourage wage hikes.

The government earmarked 774 billion yen for boosting advanced chip output in the extra budget, including a fund worth 617 billion yen to back production bases over multiple years.

The finance ministry will keep market issuance of interest-bearing government bonds (JGB) unchanged as it reviews its issuance plan for this fiscal year following new stimulus.

Of the record 221.4 trillion yen of market issuance, 138.2 trillion yen of interest-bearing bonds will be left unchanged for issuance for the fiscal year ending in March 2022.

Didi shares sink on a report that Chinese regulators have asked it to delist from U.S.

Fri Nov 26 , 2021
A navigation map on the app of Chinese ride-hailing giant Didi is seen on a mobile phone in front of the app logo displayed in this illustration picture taken July 1, 2021. Florence Lo | Reuters GUANGZHOU, China — Shares of China’s Didi sank sharply on Friday after Bloomberg reported […] 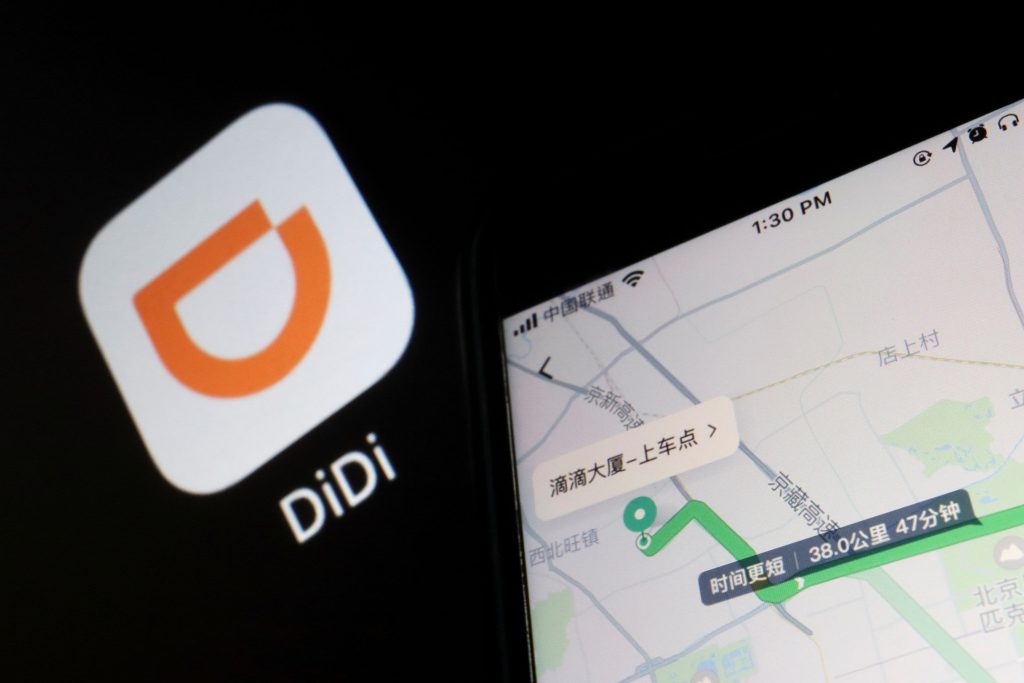