WASHINGTON (Reuters) – The European Commission is checking if the increase in the structural deficit in Italy’s draft 2020 budget can be justified under EU budget rules, but Brussels does not want to “create a crisis” over it, Economic Commissioner Pierre Moscovici said.

Under EU rules, the executive European Commission has the job of checking every year if the main assumptions of draft budgets of euro zone countries do not break EU rules on deficit and debt that set limits on borrowing to underpin the euro.

Rome sent its draft budget to Brussels this week, but the draft envisages that Italy’s structural deficit, which under EU rules should fall 0.6% of GDP next year, will rise 0.1% of GDP.

“We are analysing the Italian budget, we have a few days to respond and we are looking if the figures add up and if this slight deterioration can be justifiably explained,” Moscovici told Reuters in an interview on the sidelines of the International Monetary Fund meetings in Washington.

“We are not in a situation to create a crisis in dealing with the Italian budget, but that does not mean we don’t have some progress to make,” he said.

Last year, Italy’s previous government submitted a draft budget so blatantly breaking EU rules that the Commission, for the first time, had to send it back and ask for a new one, sparking a surge in Italian yields and a huge clash with Rome.

Since then a more pro-European government coalition has taken power in the euro zone’s third biggest economy and now has the difficult task of kick-starting the moribund economic growth while respecting EU rules on borrowing.

“Discussions with the current government have been much easier on the 2020 budget than with the previous government on the 2019 draft,” Moscovici said.

“This government has a pro-European stance, knows what the rules are about and wants to be compliant, we already had positive exchanges with (Finance Minister) Roberto Gualtieri,” Moscovici said noting Gualtieri is an expert in EU rules, having chaired for five years the European Parliament’s economic committee.

“We appreciate the efforts made to have at the same time a policy for Italy which is necessary to enhance growth and to respect the rules,” he said.

Thu Oct 17 , 2019
People walk on a crossing with light signals for pedestrians near shopping malls in Shenyang, Liaoning province, China October 16, 2019. REUTERS/Stringer October 17, 2019 By Kevin Yao BEIJING (Reuters) – China is expected to post its weakest economic growth in at least 27-1/2 years on Friday, raising pressure on […] 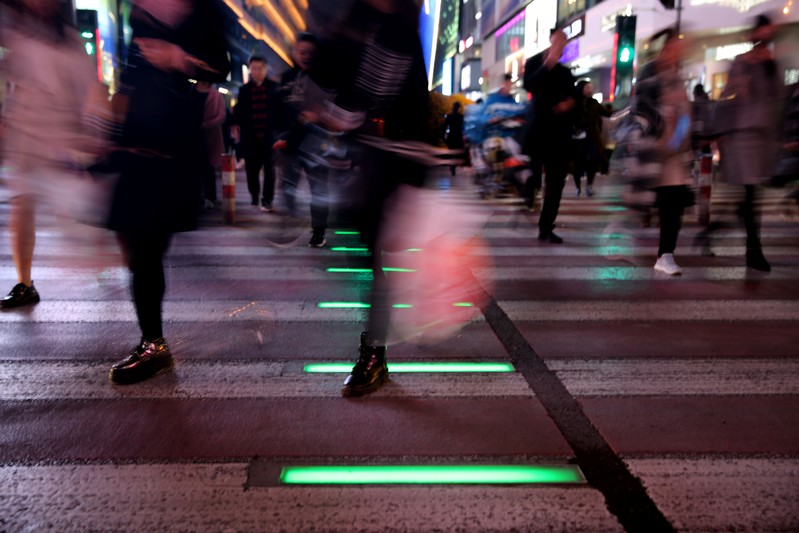