CAIRO (Reuters) – Italy praised Egypt on Sunday for its “excellent cooperation” in an investigation into the 2016 death of an Italian student whose killing threatened to severely damage relations with Europe.

Intelligence and security sources told Reuters in 2016 that police had arrested Regeni outside a Cairo metro station on Jan. 25 of that year and then transferred him to a compound run by Homeland Security.

Egyptian officials have denied any involvement and President Abdel Fattah al-Sisi said last month that Egypt was determined to conclude a joint investigation and bring Regeni’s killers to justice.

“We appreciate the excellent cooperation that we have seen between the judiciaries of both countries and we are confident that justice will come to light on this painful issue,” Moavero Milanesi said in comments broadcast on state television in Arabic translation.

“I was pleased to hear from the Egyptian minister of the strong will on the part of the Egyptian government to achieve concrete results from the judicial investigations,” he said.

Egyptian and Italian investigators have been working together to retrieve CCTV recordings from Cairo metro stations. They said in June they had found gaps in the footage and were trying to discover the cause.

Italy is an important trade partner for Egypt, with 4.75 billion euros ($5.5 billion) in trade per year according to Egypt’s foreign ministry. Italian oil major Eni is among Egypt’s top foreign investors.

Though no new agreements were announced, Moavero Milanesi spoke of the countries’ cooperation on migration, an issue that has dominated Italian politics since hundreds of thousands of migrants landed on Italy’s shores in recent years, helping bring Italy’s anti-establishment government to power in June.

Sun Aug 5 , 2018
A car is seen parked in front of a restaurant after a car bomb attack at the Maka al Mukaram street in Mogadishu, Somalia August 5, 2018. REUTERS/Feisal Omar August 5, 2018 MOGADISHU (Reuters) – A car bomb exploded along the main street of Somalia’s capital Mogadishu on Sunday, according […] 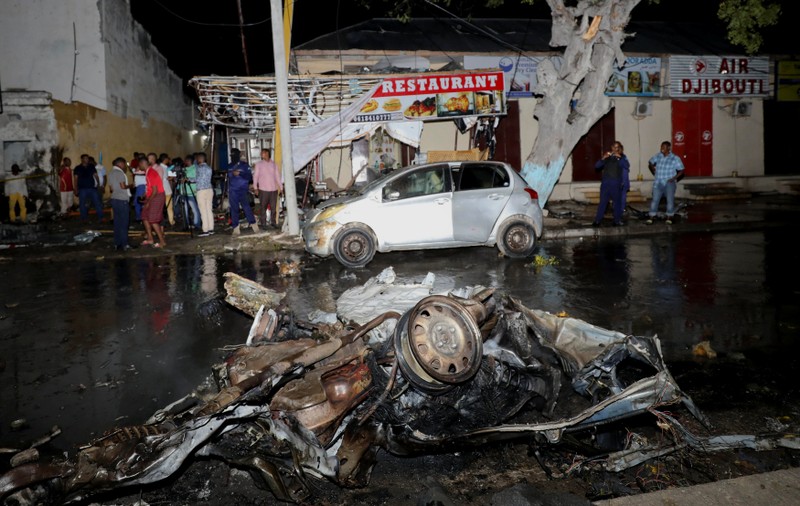