Migrants sing on the deck of MV Aquarius, a search and rescue ship run in partnership between SOS Mediterranee and Medecins Sans Frontieres on their way to Spain, June 16, 2018. Karpov / SOS Mediterranee/handout via REUTERS

VALENCIA, Spain (Reuters) – An Italian coast guard ship arrived in the Spanish port of Valencia on Sunday, carrying migrants rescued by the Aquarius charity-run vessel, which Rome refused to allow to dock a week ago.

The coast guard ship is one of two Italian vessels that took on some of the Aquarius’s passengers before escorting it to Spain, at the invitation of Prime Minister Pedro Sanchez.

Sun Jun 17 , 2018
Actress Mary McCormark called out Tesla in a post on Twitter Saturday showing frightening video of her husband’s car bursting into flames in Los Angeles traffic. McCormack, who starred on TV shows “The West Wing” and “In Plain Sight,” tweeted at the car manufacturer after her husband was forced to […] 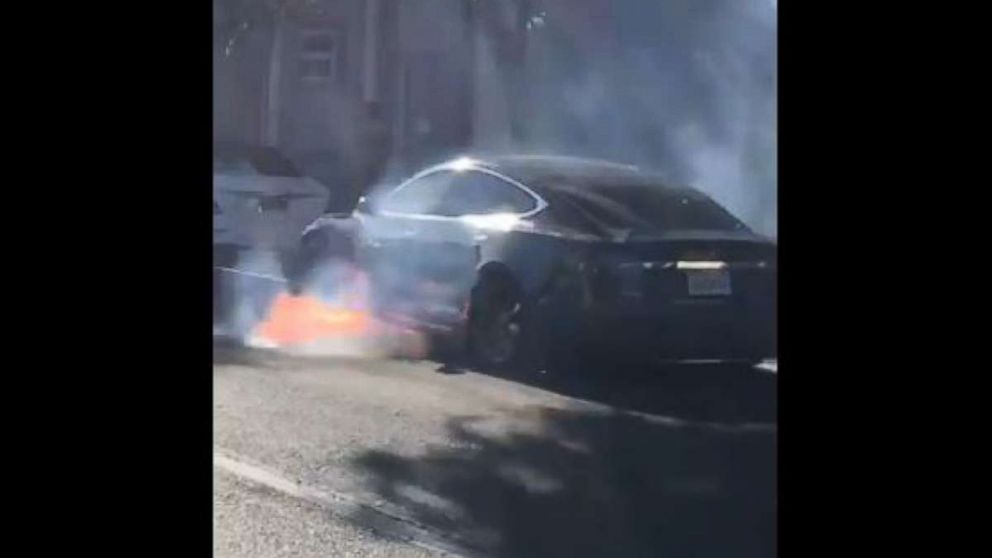