Palestinians inspect a site hit during an Israeli airstrike in Gaza City on May 20, 2021.

WASHINGTON — Israel’s security cabinet on Thursday voted to approve a tentative cease-fire after 11 days of fighting with Hamas in the Gaza Strip.

The White House is expected to respond to the news shortly.

The news comes on the heels of a Wednesday call between President Joe Biden and Israeli Prime Minister Benjamin Netanyahu. During that call, Biden said that he expects a “significant de-escalation” in violence, according to the White House readout of the call.

It was their fourth conversation since violence erupted between Israel and Hamas last week.

The tenor from Washington towards Tel Aviv has grown increasingly impatient in recent days, as the death toll in Gaza from Israeli airstrikes topped 200, including more than 100 women and children.

The latest round of fighting has marked the worst outbreak of violence since the war between Israel and Hamas in 2014.

The White House has pursued a strategy of what it calls “quiet, intensive diplomacy” behind the scenes.

“We have had over 60 calls, from the president on down, with senior leaders in Israel, the Palestinian Authority and other leaders in the region” since the start of the conflict, White House principal deputy press secretary Karine Jean-Pierre told reporters Wednesday.

“The president has done this for a long time, for decades, he believes this is the approach we need to be taking,” she added.

A demolished 6-storey building in Al-Rimal neighborhood contains libraries, youth centers, training for university students, and a mosque that was bombed by Israeli aircraft in raids in Gaza City, Gaza, on May 18, 2021.

Biden has appeared reluctant to publicly pressure Netanyahu to halt the airstrikes on what Israel says are military targets embedded in civilian neighborhoods in Gaza.

This has prompted calls from progressive Democrats in Congress and U.S. allies abroad for the president to take a more visible role and exert more diplomatic pressure on Israel, which is deeply reliant on the United States for weapons and military equipment.

In Tel Aviv on Wednesday, Netanyahu briefed foreign diplomats and ambassadors on the worsening violence and reiterated previous claims that the Israeli military tries “to target those who target us with great precision.”

“There is no army in the world that does more than the Israeli army, in the Israeli security services, in Israeli intelligence to prevent collateral damage,” Netanyahu said.

Thu May 20 , 2021
Possible antisemitic hate crimes caught on camera in Los Angeles – CBS News Watch CBSN Live Police in Los Angeles are investigating two attacks that appear to have targeted people for being Jewish. CBSN’s Tanya Rivero has more. View CBS News In Be the first to know Get browser notifications […] 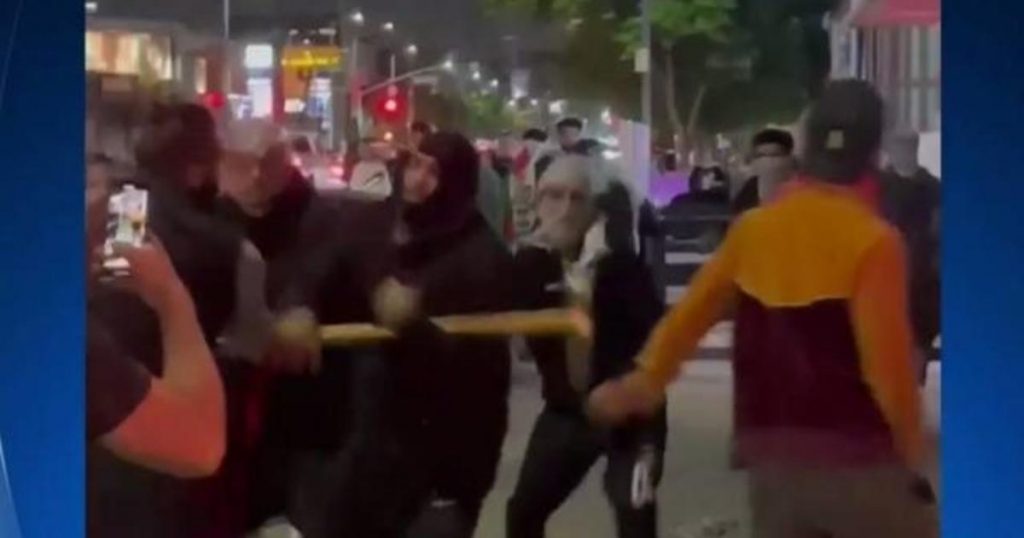