BAGHDAD (Reuters) – Several polling stations in the northern Iraqi city of Kirkuk were being besieged by gunmen on Wednesday, four days after a national election, the head of the electoral commission said.

Riyadh al-Badran said the gunmen, who he did not identify, were putting pressure on the commission to change the election results.

“The employees of the commission are in a hostage situation,” he said, calling on authorities to provide protection.

Wed May 16 , 2018
A motorcycle passes graffiti painted on a fence in Caracas, Venezuela May 12, 2018. Graffiti reads: “Do not vote, please I beg you”. Picture taken on May 12, 2018. REUTERS/Carlos Jasso May 16, 2018 By Brian Ellsworth CARACAS (Reuters) – Months before Venezuela’s opposition coalition called for abstention in Sunday’s […] 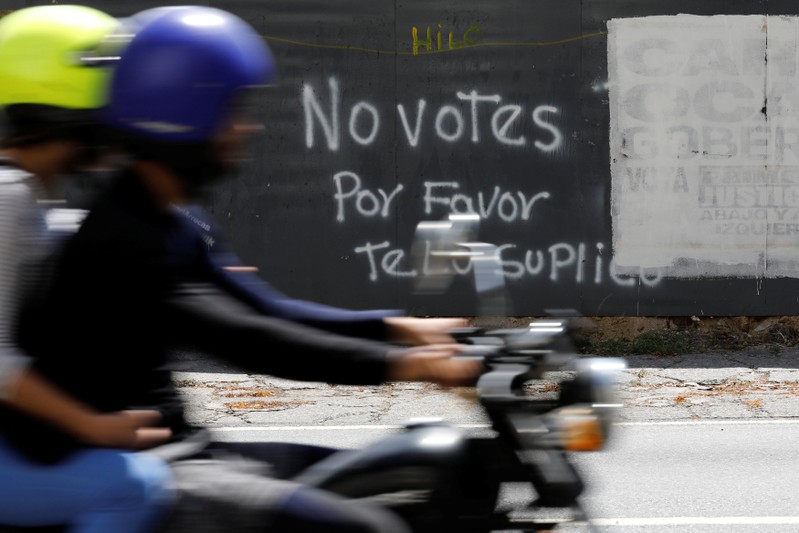