A couple wear protective face masks, amid fear of coronavirus disease (COVID-19), as they walk at Enghelab square, in Tehran, Iran March 26, 2020. WANA (West Asia News Agency)/Ali Khara via REUTERS ATTENTION EDITORS – THIS PICTURE WAS PROVIDED BY A THIRD PARTY

“In the past 24 hours we had 123 deaths and 2,901 people have been infected, bringing the total number of infected people to 38,309,” Alireza Vahabzadeh, an adviser to the health minister, said in a tweet. “12,391 people infected from the virus have recovered.”

Health ministry spokesman Kianush Jahanpur told state TV that 3,467 of those infected were in “critical condition”.

“I am happy to announce that also 12,391 people who had been infected across the country have recovered,” Jahanpur said. “The average age of those who have died of the disease is 69.”

President Hassan Rouhani urged Iranians to adapt to their new way of life, which was likely to continue for some time.

“We must prepare to live with the virus until a treatment is discovered … The new measures that have been imposed are for everyone’s benefit … Our main priority is the safety and the health of our people,” Rouhani said during a televised meeting.

The government has banned intercity travel after warning of a potential surge in coronavirus cases because many Iranians defied calls to cancel travel plans for the Persian New Year holidays that began on March 20.

The authorities told Iranians to stay at home, while schools, universities, cultural, religious and sports centers have been temporarily closed.

Iranian authorities say U.S. sanctions are hampering their efforts to curb the outbreak and have urged other countries and the United Nations to call for the measures to be lifted. Washington has rejected lifting the sanctions.

Tensions have risen between Iran and the United States since 2018, when U.S. President Donald Trump exited Tehran’s 2015 nuclear deal with six world powers and reimposed sanctions that have crippled Iran’s economy.

“US has gone from sabotage & assassinations to waging an economic war & #EconomicTerrorism on Iranians—to #MedicalTerror amidst #covid19iran. This even exceeds what would be permissible on the battlefield,” Foreign Minister Mohammad Javad Zarif tweeted on Sunday.

The United States imposed fresh sanctions on Iran on Thursday. Tehran has rejected a U.S. offer to help Iran cope with the pandemic.

A Big Amen to the American Truck Driver

Sun Mar 29 , 2020
To say it is an interesting time is an understatement. Incredible technology, mind-blowing opportunities and a limitless future and somehow the greatest country in the history of Man has allowed itself to be “self-quarantined.” Coupled with the overwhelming hatred and disgust of the “government” in general, the logical mind wonders. […] 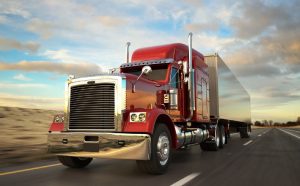