VIENNA (Reuters) -Iran has given notice of concrete steps to produce uranium metal enriched to up to 20% purity for reactor fuel, the U.N. atomic watchdog said on Tuesday, describing a move that is likely to anger Western powers in talks to revive the Iran nuclear deal.

Iran has been in indirect talks with the United States since April to revive the 2015 deal, which former U.S. President Donald Trump abandoned. The deal imposed curbs on Iran’s nuclear programme in return for the lifting of sanctions, and after Trump withdrew, Iran began violating many of its restrictions.

Tehran has already produced a small amount of uranium metal this year that was not enriched. That is a breach of the deal, which bans all work on uranium metal since it can be used to make the core of a nuclear bomb.

Iran has outlined plans to produce enriched uranium metal, saying it is developing fuel for its Tehran Research Reactor, but Washington and its European allies dispute Tehran’s intentions and have called on it to stop.

“Today, Iran informed the Agency that UO2 (uranium oxide) enriched up to 20% U–235 would be shipped to the R&D laboratory at the Fuel Fabrication Plant in Esfahan, where it would be converted to UF4 (uranium tetrafluoride) and then to uranium metal enriched to 20% U–235, before using it to manufacture the fuel,” an International Atomic Energy Agency statement said.

Summarising a report to its member states, the IAEA described the plan as a “multi-stage process”, suggesting it will take time before the enriched metal is produced.

The report is likely to increase tensions in the talks, which include the other parties to the 2015 deal. The talks adjourned on June 20 and a date for their resumption has not yet been set.

“This is clearly an escalation — clearly another message by Iran that in the absence of any restoration of (the nuclear deal), they are going to continue ramping up their capability and their pressure,” said Bob Einhorn, a nonproliferation expert at the Brookings Institution think tank.

(Reporting by Francois MurphyAdditional reporting by Arshad Mohammed in Washington;Editing by David Goodman)

Tue Jul 6 , 2021
An ancestral statue known as Lusinga, dated to the 19th century, is pictured at the Royal Museum for Central Africa (RMCA) as the Belgian government has announced plans to return pieces of art looted from Congo during colonial rule, in Tervuren, Belgium July 6, 2021. REUTERS/Yves Herman July 6, 2021 […] 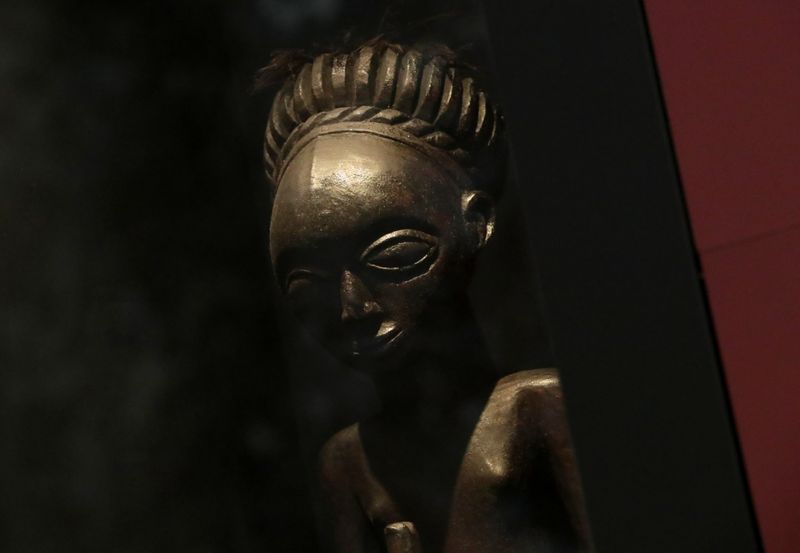