TOKYO (Reuters) – The International Olympic Committee is looking into the gesture used by U.S. athlete Raven Saunders on the podium after she raised her arms into an X above her head, in one of the most visible individual protests at the Games so far.

The IOC is in contact with World Athletics, the international governing body for the sport, and the United States Olympic and Paralympic Committee, IOC spokesman Mark Adams told a news conference on Monday.

Saunders made the gesture on Sunday after taking her maiden Games medal in the shot put.

Olympics-Belarus athlete ‘in the hands of authorities’ – IOC

Mon Aug 2 , 2021
Belarusian sprinter Krystsina Tsimanouskaya is escorted by police officers at Haneda international airport in Tokyo, Japan August 1, 2021. REUTERS/Issei Kato August 2, 2021 TOKYO (Reuters) – A Belarusian athlete who refused to board a flight after she said she was taken to an Tokyo airport against her will was […] 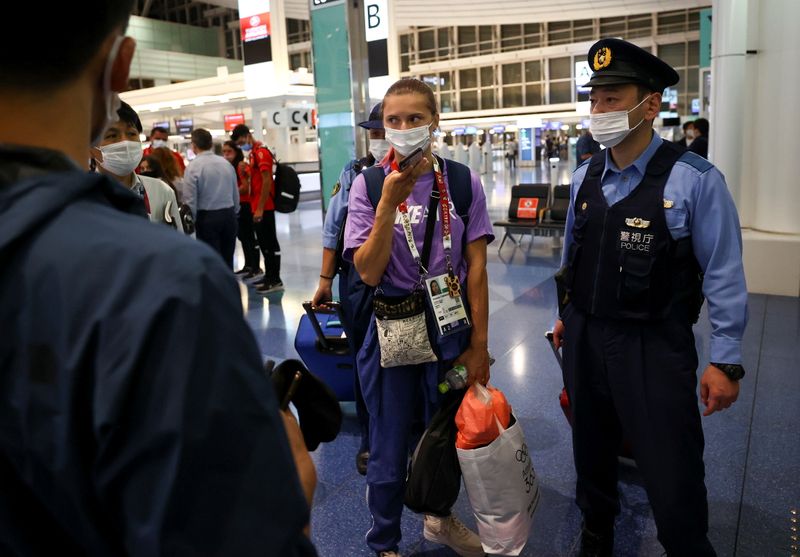