LAUSANNE, Switzerland (Reuters) – Olympic medals will be reallocated within 12 months of the end of any legal procedure and athletes can chose their ceremony, the International Olympic Committee said on Wednesday as it looks to give those cheated out of medals their moment of glory.

Many athletes have had medals stripped, some years after the Olympics, after doping sample re-testing from past Games regularly delivered dozens of positive tests.

More than 100 positive cases were found in re-tests from the 2008 Beijing and 2012 London Olympics alone and some 75 medals were reallocated from those Games.

The medals are usually given to the next best athletes but until recently they received the medals with little or no planned ceremony and sometimes years after their performances.

“The Executive Board have accepted the medals reallocation documents,” Kirsty Coventry, who heads the IOC athletes’ commission, told reporters.

“There were will be very clear communication to the athletes and the federations on these principles.”

She said among them were the obligatory re-testing of the sample of the athlete receiving the reallocated medal, the return of the original medal by the disqualified athlete, a reallocation within 12 months of the end of any legal challenges and a ceremony chosen by the athlete.

At the moment there is no standardized reallocation process with athletes receiving medals at home or at the offices of Olympic committees with little or no publicity.

Australian Jared Tallent, who in 2016 was reallocated the 50km walking gold medal from the 2008 Beijing Games after Russian Sergey Kirdyapkin was stripped of the title, staged a mock ceremony in his backyard and posted it on social media.

Australia Olympic officials then proceeded to hold a proper ceremony.

“This is focused on the athletes’,” Kit McConnell, the IOC’s sports director said. “They will have the choice instead of just telling them how it will be done.”

He said athletes now had the option of choosing to receive their medal at an Olympics, a Youth Olympics, by the international federation or the national Olympic Committee, at a ceremony at the Olympic museum or at a private ceremony.

Norway’s mixed doubles curling team at this year’s Pyeongchang winter Olympics were the first to be awarded a reallocated medal at the same Games when they got the bronze after it was stripped from the Russian pair for doping.

“For the first time we have a process and a structure to make sure the athlete has their moment,” McConnell said.

Wed May 2 , 2018
SAVANNAH, Ga. — An Air National Guard C-130 cargo plane on a training mission crashed Wednesday along a road near a Georgia airport, killing at least five National Guard members from Puerto Rico, authorities said. Black smoke rose into the sky from a section of the plane that appeared to […] 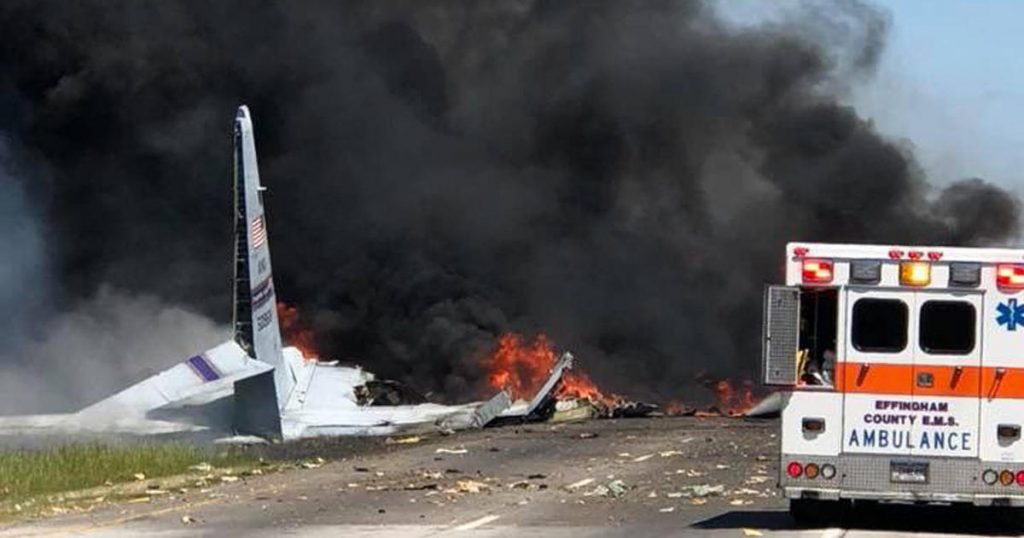