The S&P 500 eased back just half a percent, holding within 1% of a record high, in a week that began with an oil-price spike following an attack on Saudi Arabia and included signs of technical stress in the overnight bank-funding market and a Federal Reserve meeting that did little to clarify the policy path ahead.

Markets that refuse easy chances to sell off are typically seen as well-supported by stronger-handed investors looking ahead to improving fundamental developments.

This could well be the case now, with many bullish observers pointing to the broad nature of the market’s rebound from its anxious August pullback. The cumulative breadth indicator, a running tally of advancing versus declining NYSE stocks, reached a new record last week, which often precedes a new index high.

The fact that the S&P 500 has been in a 20-month sideways pattern could also lend force to any decisive break above the July highs, similar to the late-2016 advance out of a similarly long sideways phase.

This chart of the advance/decline line into the middle of last week from one year earlier is central to the bull case among technical investors now. Note that on the summer of 2018, breadth started eroding before the S&P itself peaked. Friday was the one-year anniversary of the 2018 top, which preceded a headlong 20% collapse into late December.

At the time, stocks were at about the same forward valuation as now, near the high end of their decade-long range. But the market was looking more pricey in September 2018 against a 3% Treasury yield and 4% corporate bonds at the time.

Expectations for the economy were more upbeat a year ago than now, the CBOE Volatility Index (VIX) was under 12, showing some complacency, and the Fed was seen in tightening mode for the next year.

The S&P since then is up 2%, and now 10-year Treasuries are 1.8%, corporate debt yields near 3%, and the Fed holding an easing bias even after two rate cuts, suggesting a better relative valuation for equities assuming earnings forecasts don’t fall apart in coming months.

The VIX is now above 14, a neutral reading that fits with a broad sentiment backdrop of reduced worry compared to August but not yet excessive optimism.

The tone of economic readings has firmed up lately too, lending some credence to the hopeful notion that the global slowdown has won equity investors a more dovish Fed and lower interest-rate hurdles without the cost of a harmful economic downturn to the core of the domestic economy. So perhaps it makes sense stocks are where they are given all of that, and when both Microsoft and J.P. Morgan Chase shares touch all-time highs, as they did last week, perhaps the broad tape deserves the benefit of the doubt to log a new high.

Awarding the benefit of the doubt, though, means acknowledging the presence of legitimate doubts. It remains September, and the next three weeks are among the rockiest, on a historical basis, of the entire calendar. The S&P 500 has stalled shy of its former highs — which just happens to be right at the 20%-year-to-date-gain threshold.

Treasury yields have jumped from August multi-year lows, but remain compressed well below 2% across all maturities, suggesting no market verdict on a growth acceleration.

“Risk-on” sectors such as small-cap and bank stocks have rebounded strongly, but both groups remain just below the top of longstanding trading ranges, leaving open the chance that their recent revivals have been mechanical mean-reversion moves rather than a shift in the market’s character toward more cyclical leadership.

And, of course, the tape hasn’t fully proven it can shrug of hawkish trade-war headlines, even if investors seem fine with the vague hope of a U.S.-China deal, not having fully priced on in yet.

Investors last week were willing to accept Federal Reserve Chair Jerome Powell’s message that the Fed’s next move is uncertain, dependent on how the economy performs, which seems closely linked to trade-policy perceptions. The market appeared willing to bet that the only way another rate cut won’t come this year is if the economic pace noticeably picks up. Is that correct?

Barry Knapp, managing partner at Ironsides Macroeconomics, says of Fed officials, “They are not kidding when they say they do not know whether they will be cutting on October 30 or December 11. We think they are either going to not cut or be forced to cut at both meetings.”

Being forced to cut implies having markets turn down and business activity slip. If true, this implies a narrower path for markets to walk to a happy late-year climb.

But by similar logic, through, if a market defies the tendency for weakness and volatility in September, does it hint that the bears have squandered their best shot?

Mon Sep 23 , 2019
The World Anti-Doping Agency is giving Russia three weeks to explain possible signs of tampering with data from its doping laboratory that was critical to prosecuting cases against athletes alleged to have cheated at the 2014 Olympics and other major events. WADA heard about the possible tampering at its executive […] 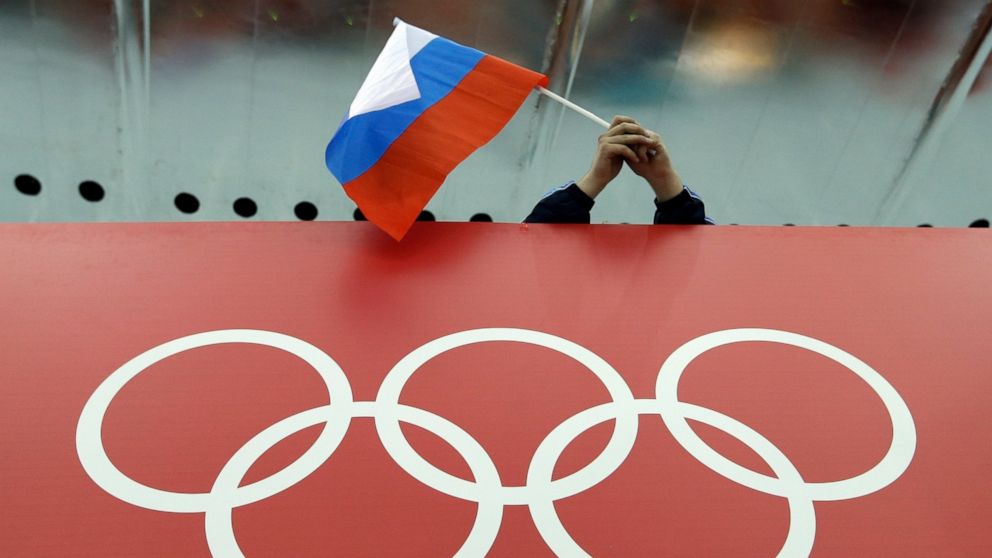