“This is a true, crazy mini-bubble of its own I expect,” Grantham, co-founder of Boston-based investment management firm GMO, said in a Wednesday letter to clients.

“Historical analogy suggests this junior bubble, by size, may well crash and burn even before the broad market peaks,” he said.

Grantham predicted the market downturns in 2007 and 2000, and now expects stocks will see their final leg higher in the next six to 24 months. Bitcoin shot up from less than $1,000 at the start of 2017 to a record high above $19,800 in mid-December. The world’s largest futures exchange, CME, and its competitor, Cboe, both introduced bitcoin futures that month as well. Many saw the move as a step toward legitimizing bitcoin as an asset class, and paving the way for a bitcoin exchange-traded fund in the U.S.

In the letter, Grantham also included a chart illustrating how large and how rapid the bitcoin price surge has been in the last two years compared with other historical bubbles.

“As you can see, Bitcoin dwarfs even the legendary South Sea Bubble!” he said. “Having no clear fundamental value and largely unregulated markets, coupled with a storyline conducive to delusions of grandeur, makes this more than anything we can find in the history books the very essence of a bubble.”

Other well-known investors have said for months that bitcoin is in a bubble, and compared it to the tulip bulb mania or speculation in Beanie Babies. J.P. Morgan Chase CEO Jamie Dimon called the digital currency a “fraud.”

But none of the criticism has deterred bitcoin’s surge so far, or prevented others from predicting further gains.

And although bitcoin has struggled in the last two weeks to stay above $15,000, prices of other cryptocurrencies have surged dramatically. The market value of all cryptocurrencies has multiplied roughly 38 times from this time last year to more than $770 billion Thursday, according to CoinMarketCap.

Former Fortress hedge fund manager Mike Novogratz has also said cryptocurrencies like bitcoin are the “biggest bubble of our lifetimes,” with a lot of money to be made on the way up.

From what’s stated in his letter, Grantham would rather look at the bitcoin craze as one of the early signs that the stock market may be nearing the end of its yearslong rally.

“My favorite advice once again: Keep an eye on what the TVs at lunchtime eateries are showing. When most have talking heads yammering about Amazon, Tencent, and Bitcoin and not Patriot replays – just as late 1999 featured the latest in Pets.com – we are probably down to the last few months.”

In this environment, Grantham said “own as much Emerging Market Equity as your career or business risk can tolerate, and some EAFE,” referring to developed markets outside North America.

Thu Jan 4 , 2018
Imagine that while you’re driving, new technology could read your brain waves and anticipate that you want to turn or take other action and thus make the vehicle respond more quickly. That project from Nissan (NSANY) is the kind of gee-whiz technology going on display at this year’s Consumer Electronics […] 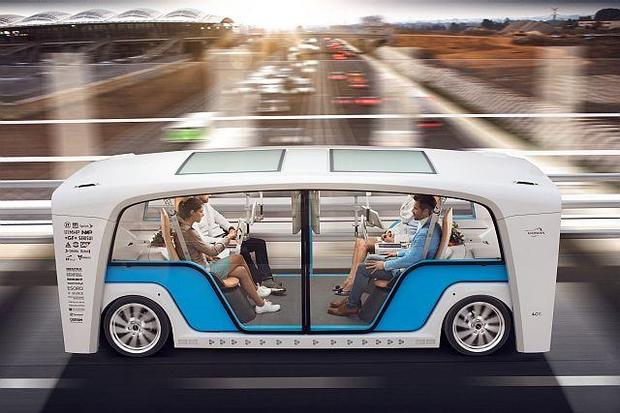