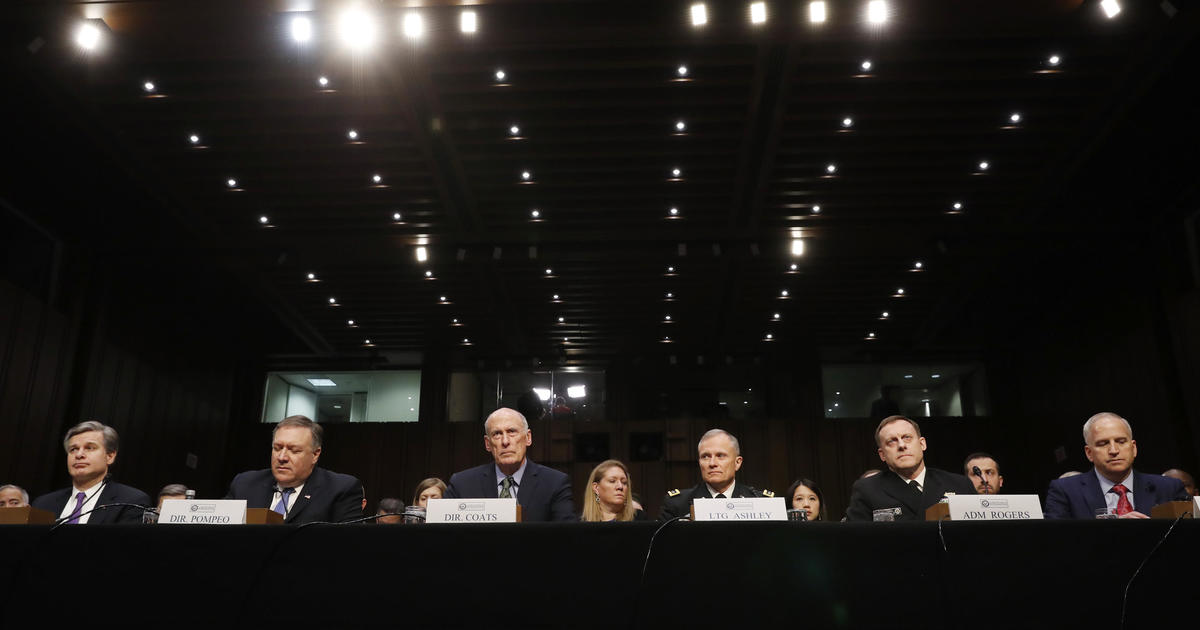 The Senate Intelligence Committee hears from the FBI director, CIA director, Director of National Intelligence, and other intelligence heads as they testify on worldwide threats facing the U.S. and allies, beginning at 9:30 a.m. Tuesday. Senators aren’t required to confine their questioning to the topic of the hearing — they can ask the intelligence chiefs about other issues. Among the topics that might come up — the Russia investigation.

In prepared remarks, Sen. Mark Warner says “certain questions remain with respect to the true extent of Russian interference in the 2016 elections, and we’ll work through those as our investigation continues.”

He says despite those questions, there is ” broad bipartisan consensus” in the Committee on the fact that Russia did engage in a “coordinated attack to undermine our democracy” that targeted state and local election systems and that Russia utilized social media to push and spread disinformation “at an unprecedented scale.”

“We’ve had more than a year to get our act together and address the threat posed by Russia and implement a strategy to deter future attacks.  But we still do not have a plan,” Warner says in his remarks.

He added, “What we are seeing is a continuous assault by Russia to target and undermine our democratic institutions, and they are going to keep coming at us”, and points to China as being a potential country that is looking to gain access to “sensitive technologies and intellectual property”

In his opening remarks, Coats said that the U.S. is “under attack” by “entities using cyber to penetrate virtually every major action that takes place in the U.S.”

He said that from the  business world to local governemtns, the U.S. is “threatened by cyber attacks every day” by using elections as an opportunity to “sow discord and undermine our values.”

Coats pointed to Russia, China and Iran as posting the greatest threat to the nation’s cybersecurity posture, saying that Russia is a likely to pursue “more agressive attacks with intent to degrade Democratic values” as well as our global alliances.

Meanwhile, Coats said that North Korea continues to pose more than ever as an “increasing threat to the U.S.” He said that the regime has stated it does not “intend to negotiate nuclear weapons away” which they deem critical to its security. Coats said that North Korean dictator Kim Jong Un sees nuclear ICBM’s as leverage to end the alliance between South Korea and the U.S. in its efforts to “dominate the peninsula.”

He said that the nation can expect to see North Korea press ahead with additional nuclear tests, including an atmospheric nuclear test over the pacific.

Pompeo echoed Coats’ assessment of Kim, saying he continues to remain intent on staying power. He said that U.S. intelligence officials see that as the North Koreans ratchet up their nuclear capability it makes a response much more difficult and North Korea’s capacity to do harm in the region also increases.

Coats says that Russia utilized social media as a relatively “cheap and low risk” opportunity to sow dissension in the U.S.  He said in the eyes of Russia, it “offers plausible deniability and is proven to be effective at sowing division.”

He said that Russia will “continue using propaganda, social media, false flag personas and sympathetic spokesmen to build on its wide range of operations and exacerbate social and political issues in the U.S.”

Coats noted that Russia perceived its past influence as “successful” and aims to use the 2018 midterm elections as a potential target.

Director Pompeo added that intelligence officials have yet to sees a “significant decrease” in Russian activity as it pertains their influence in U.S. elections and social and political issues.

Tue Feb 13 , 2018
Leaders of the intelligence community said the United States is “under attack” as it relates to the nation’s cybersecurity posture heading into the 2018 midterm elections. FBI Director Christopher Wray, CIA Director Mike Pompeo, and Director of National Intelligence Dan Coats joined other intelligence heads by offering testimony on worldwide […] 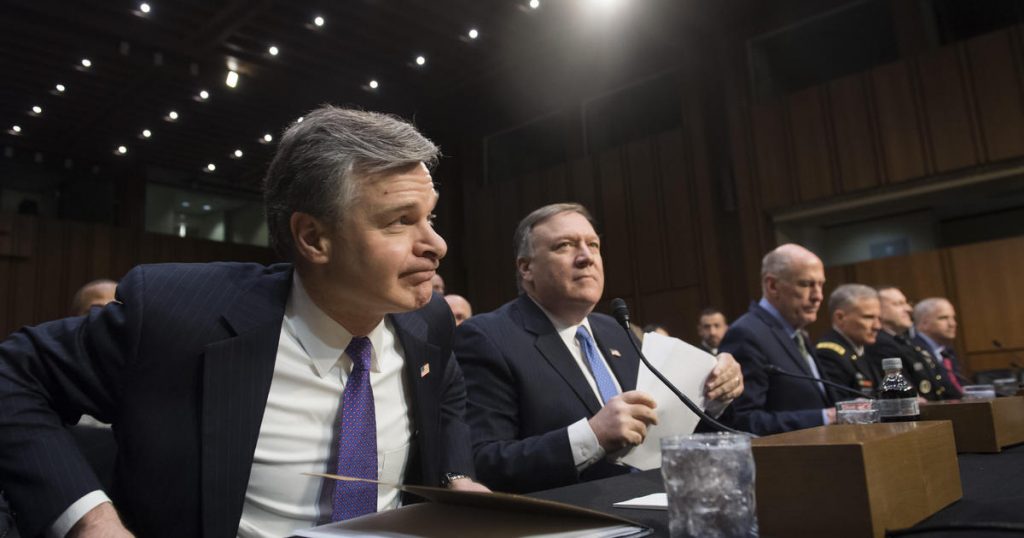