A security guard stands outside a Yes Bank branch at its headquarters in Mumbai, January 17, 2018. REUTERS/Danish Siddiqui/Files

By Chris Thomas and Savio Shetty

MUMBAI (Reuters) – Shares in India’s Yes Bank <YESB.NS> dropped nearly 35% on Friday to their lowest in more than a decade, after the central bank took control and set a limit on withdrawals because of a serious deterioration in its financial position.

The Reserve Bank of India (RBI) took over from the board of the country’s fifth-largest private lender for 30 days, saying it would work on a revival plan.

Moody’s said the moratorium was credit negative as it affected timely repayment of depositors and creditors and added that the lack of coordinated action highlighted continued uncertainty over bank resolutions in India.

“Effectively, Yes Bank should have no equity value left,” said Sandip Sabharwal, a Mumbai-based fund manager. “Ideally, trading should be suspended till formal restructuring is announced.”

Late on Thursday, State Bank of India <SBI.NS>, the largest lender, said its board had given an in-principle nod to explore an investment in Yes Bank.

Shares of SBI tumbled 12% on Friday in their biggest intraday drop since October 2012, dragging down the Nifty Bank Index <.NSEBANK> by 5.7%.

The Yes Bank fallout, amid world markets reeling from uncertainty over a virus outbreak, hit Indian markets, taking the NSE Nifty 50 <.NSEI> down as much as 3.9%, to its lowest since last September.

“(RBI’s move) was inevitable, and was in the offing for some time,” said Deepak Jasani, head of retail research at HDFC Securities Ltd.

“The collateral damage it will have on the equity markets and debt investors is something that we have to be worried about in the near term.”

Yes Bank has struggled to raise capital it needs to stay above regulatory requirements as it battles high levels of bad loans.

It has been trying to raise $2 billion in fresh capital since late last year, and in February delayed its December-quarter results.

“We believe forced bailout investors will likely want the bank to be acquired at near zero value to account for risks associated with the stress book and likely loss of deposits,” JPMorgan analyst Saurabh Kumar said in a note.

3 reasons the coronavirus is dragging down stocks

Fri Mar 6 , 2020
A saying on Wall Street warns against trying to catch a falling knife. But in recent weeks investors have been confronted by a market that risks cutting their portfolio to ribbons. Thursday brought more such slashing, with the Dow falling nearly 1,000 points, or about 3.5%, and the S&P 500-stock […] 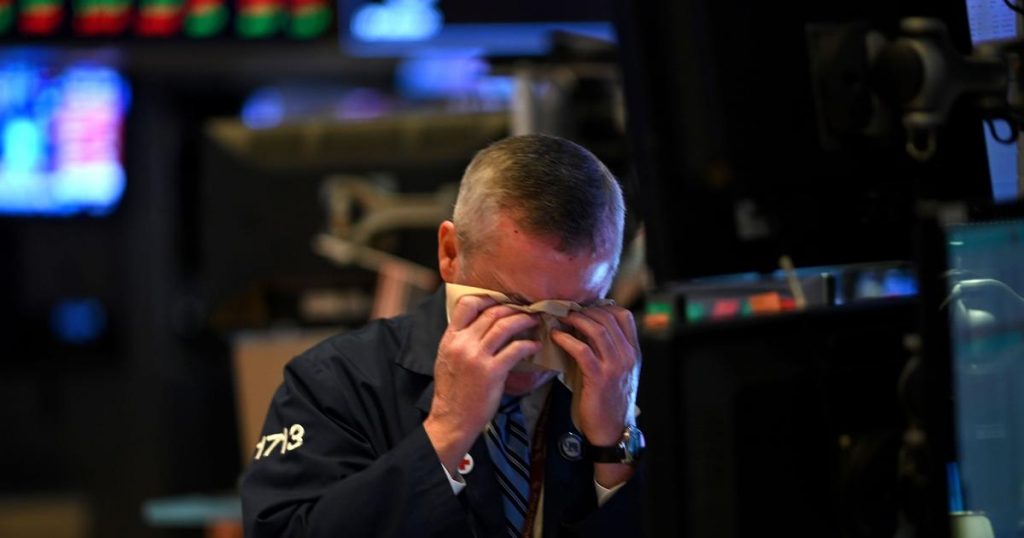