Watch a live stream of the attempted moon landing starting at 3:40 p.m. EDT in the video player above.

Completing a final few orbits around the moon, India’s unmanned Vikram lander was poised Friday to attempt to touch down near the moon’s south pole. Its 14-day mission is as much about science as it is about demonstrating the nation’s increasingly sophisticated space technology and industrial prowess.

The Chandrayaan-2 lander carries eight science instruments of its own and a small six-wheel rover known as Pragyan, or “Wisdom,” nestled in its belly that will trundle down a ramp a few hours after touchdown and begin its own investigations.

Both spacecraft are designed to operate for one lunar day (about 14 Earth days), while a 5,244-pound orbiter that accompanied them to the moon will spend a full year in lunar orbit to look for signs of ice in permanently shadowed polar craters, photograph the surface in high-resolution detail, and study the moon’s elemental composition and its ultra-thin “exosphere.”

Total cost of the Chandrayaan-2 mission is roughly $140 million.

If successful, the Chandrayaan-2 landing would vault India into an exclusive club, joining the United States, the Soviet Union/Russia and China as only the fourth nation in space history to pull off a successful powered landing on the moon.

“For soft landing, the success rate is only about 37 percent of the missions launched, but we have confidence in this landing mission,” said Kailasavadivoo Sivan, chairman of the Indian Space Research Organization, or ISRO.

“We are confident because we have enough testing, enough simulations and all the subsystem and system-level simulations. We are confident that anything humanly possible we did. But at the same time, it’s a new mission. It’s a terrifying moment for us.”

The mission began July 22 when a powerful Indian booster propelled the Chandrayaan-2 orbiter and lander into an elliptical Earth orbit. The spacecraft then fired on-board thrusters in a series of carefully timed burns to raise the high point far enough to enable capture by the moon’s gravity.

After circularizing its orbit around the moon at an altitude of about 62 miles, the Vikram lander separated and dropped one side of its orbit to just 19 miles or so. That set the stage for the landing attempt Friday (U.S. time), a descent expected to take about 15 minutes to complete.

ISRO videos describing the Chandrayaan-2 mission refer to Vikram’s descent as “15 minutes of terror,” following the lead of NASA, which famously described the Curiosity Mars rover’s entry, descent and landing on the red planet in 2012 as seven minutes of terror.

Even though the United States, China and Russia have made multiple moon landings, a successful touchdown remains a daunting challenge. A privately funded Israeli non-profit, SpaceIL, attempt to land a small spacecraft on the moon in April only to lose contact during its final descent. Engineers later concluded the $95 million Beresheet lander crashed due to a software error.

The Chandrayaan-2 mission, featuring a sophisticated orbiter, an instrumented lander and a rover is much more ambitious, more expensive and more extensively tested. It was designed to touch down on a relatively smooth plain near the moon’s south pole where the terrain has less than a 12-degree slope and large boulders can be avoided.

Because of the time it takes radio signals to make the round trip between Earth and moon, the Vikram lander’s flight computer was programmed to carry out an autonomous descent, coming down in stages, pausing in hover mode to study the surface below and identify the optimal landing site. The target is a point between two craters known as Manzinus C and Simpelius N.

Once its braking rockets begin firing to drop it toward the surface, “the entire thing will be decided by the Chandrayaan-2 lander only,” Sivan said. “When the lander is coming down, it will take images of the place and it will compare with the image of what we stored on-board. It will find a flat surface, it will re-target, it will hover for some time, and it will decide where to land, and it will land. It will land autonomously in an intelligent way.”

Once on the surface, the lander, named after Vikram A. Sarabhai, the founder of India’s space program, will beam stored descent and post-landing photos and video back to Earth and ready the Pragyan rover for deployment, unfolding a ramp that will allow the robotic explorer to roll down and onto the surface. Pragyan will stay within 500 meters of the lander, relaying its science data back to Earth using Vikram’s communications gear.

“We have (instruments) on the orbiter and some are on the lander and some are on the rover,” Sivan said. “Mainly these will be looking at rock-forming elements like magnesium, aluminum, calcium, iron. That is one study. Another one is the mapping of minerals and water. Then another scientific study is the study of the exosphere. The atmosphere is very, very mild.

“Then at the place where the lander is landing, what is the seismic activity there? Another thing is after landing, a probe will go into the lunar surface and study the thermal characteristics and thermal conductivity (of the soil).”

A major objective is to learn more about the presence of ice inside permanently shadowed craters near the moon’s south pole. NASA’s Artemis program aims to send astronauts to the south polar region starting in 2024 and to establish a sustainable presence on the moon by 2028.

If ice is present, and if it is accessible with current technology, astronauts may be able to use solar power to break it down into hydrogen and oxygen, providing air, water and even rocket fuel. Sivan said the Chandrayaan-2 mission should provide additional insight.

“I’m sure that this will give a lot of input to them, but what input it will give, don’t ask me now,” he said. “After the science, I can tell you.”

Fri Sep 6 , 2019
Days after actress Scarlett Johansson defended beleaguered director Woody Allen, the man himself commented in a new interview on his self-reported track record employing women and about being dropped by actors and studios in recent years. While promoting his new movie, “A Rainy Day in New York,” Allen responded to […] 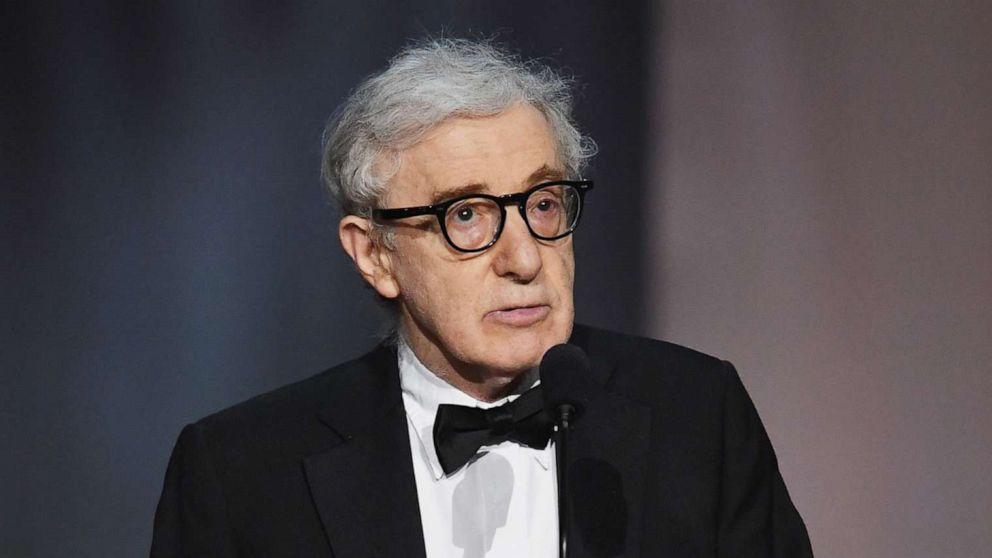