Charles Schwab, Fidelity Investments and Vanguard are among the big 401(k) asset managers engaging in investor outreach ahead of what is the most anticipated U.S. presidential election in history: Trump vs. Biden.

Americans hold over $21 trillion in U.S. mutual funds, according to the Investment Company Institute, with more than 50% in equity funds. While the U.S. retirement market totaled around $32 trillion through last year.

So firms want to make sure investors don’t make knee-jerk decisions in a year that has already produced a global pandemic and an unprecedented hit to the U.S. economy.

While their advice maps out various scenarios under a Biden or Trump victory, it also is centered around the importance of long-term investing.

At Vanguard, which controls $6.2 trillion in customer funds, they’re reminding investors to keep their cool.

“We recognize some investors may be feeling a sense of uncertainty leading up to and after the election. As markets adjust to the election news, investors may be tempted to adjust their portfolios. Importantly, while the markets may experience brief volatility, decades of research demonstrate that many of the worst trading days are often followed by the best,” a Vanguard spokesperson told FOX Business.

The firm has been reminding clients to review the “Principles for Investing Success” which recommends maintaining perspective and long-term discipline.

WALL STREET UNDER TRUMP OR BIDEN? MAY NOT MAKE A DIFFERENCE

Their experts point to the turmoil of the 2008 financial crisis and ask “What if the ‘drifting’ investor fled from equities after the 2008 plunge and invested in 100% in either fixed income or cash?”

The end result was much lower returns over a 10-year period. Investors who stayed the course with a 60% stock/40% fixed income mix would have seen returns of 206%. Those who piled it all into fixed income earned less, 53%, while cash hoarders earned a nil 6%.

Over at Charles Schwab, on Monday, their team honed in on the recent volatility in stocks after the worst week since March. The CBOE Index, which tracks volatility, has jumped 33% since early October, not uncommon ahead of an election, as tracked by the Dow Jones Market Data Group. While stocks are bouncing back on Election Day, the firm cautions we could see more volatility.

“Markets may not see much relief in the week ahead, with many investors apprehensive about the possibility of an unclear or disputed election result. However, we expect any election-related volatility to be brief, and we encourage you not to overreact or try to time the markets based on political considerations” the firm noted, adding its reps are available 24/7 for its customers that represent over $6 trillion in assets under management.

At Boston-based Fidelity, which manages $8.3 trillion in customer assets, the firm is offering some perspective on how the election outcome could impact the pocketbooks of their clients; offering advice on retirement, health care and taxes, among other topics.

“What difference could the elections make for your personal finances? See how the potential outcomes could impact the issues that matter most to you:

Already, Americans are voting in what is expected to be a record turnout. Over 99 million total ballots have been cast as of Tuesday morning, compared to around 50 million for the same period in 2016, according to data from the United States Elections Project.

Tue Nov 3 , 2020
A surge of lawsuits over voting procedures have been filed across the country this election season. CBS News political analyst Leslie Sanchez and Antjuan Seawright, a CBS News political contributor and a Democratic strategist, joined CBSN to discuss the high volume of legal challenges and what to watch for as […] 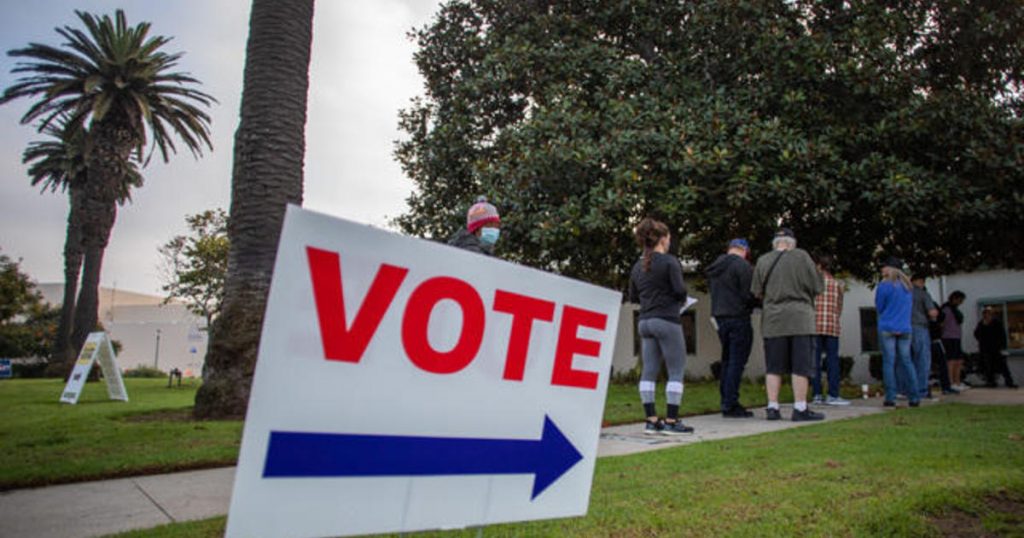