FILE PHOTO: A commuter train passes by the skyline of the financial district in Frankfurt, Germany, October 25, 2021. REUTERS/Kai Pfaffenbach/File Photo

BERLIN (Reuters) – The German economy, Europe’s largest, is on track to stagnate in the final quarter of this year as supply chain bottlenecks show no sign of easing up, Ifo economist Klaus Wohlrabe told Reuters on Wednesday.

Wohlrabe said a fall in Ifo’s business climate index in November gave the economic institute cause for concern, adding that the hospitality and tourism sectors face a tough few months ahead. Price rises would likely only ease from January, he said.

Wed Nov 24 , 2021
Turkish President Recep Tayyip Erdogan (C) gestures as he delivers a speech on stage, with on the background banknotes of the Turkish Lira, during the Annual Evaluation Meeting for the 2019 year. Ankara, January 16, 2020. ADEM ALTAN | AFP The unpredictability of Turkey’s fiscal and monetary policy means investors […] 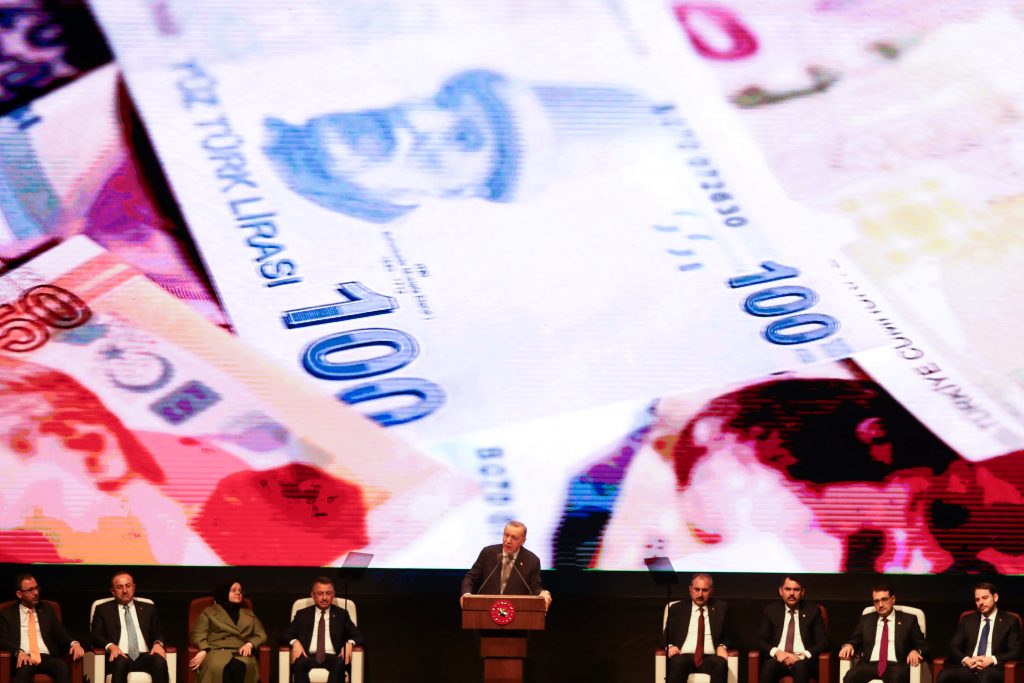