When it comes to growing your savings, there are a handful of traditional ways to do it, such as investing in the stock market or in your 401(k). And then there are the more creative strategies, such as dumpster diving, couch surfing for a few months or buying and selling collectible coins.

Dumpster diving isn’t really my thing. But I’ve gone to extreme lengths to avoid wasting money, and they ended up paying off significantly: I recently reached my goal of saving $300,000 — all at the age of 26. (The majority of that money has gone into my retirement savings.)

This is how I did it.

I started working as a babysitter when I was 12 until I left for college at 18. My rates climbed from $7 per hour to $12. At 14, I landed my first W-2 job earning minimum wage as a golf coach. The savings from my two jobs had grown to more than $8,000 by the time I left for college.

I also worked hard to earn scholarships and chose to go to an in-state school for financial reasons. But that, in addition to the job I took on as a research assistant, didn’t make school that much cheaper. To cover the $21,000 per year tuition, I did have some help from my parents and was able to graduate debt-free, which I consider an enormous privilege.

After college, I landed an internship at a biotech company that paid $32 an hour. Then, I moved on to a junior software engineering role that offered a $65,000 salary, along with a $10,000 signing bonus.

I immediately started saving a large chunk of my salary, spending only $20,000 per year while living in Portland, Oregon. While investing the rest of my money into retirement funds and stocks was what really pushed me to the $300,000 finish line, I also did many things — that many might consider unconventional or weird — to save like crazy:

1. Stayed in hostels with up to 15 people per room

I love to travel, but it can be expensive. On top of flights, ground transportation and daily excursions, you still have to pay for a place to sleep.

One way I was able to bring down the cost of accommodations was to stay in a hostel … which often meant sharing a room with a bunch of strangers. Even though there was always the option to book a private room, I saved hundreds of dollars per trip by sharing rooms with four — and sometimes up to 15 — people.

Few are willing to do that, but for me, the most exciting part about traveling is what I’m going to explore during my trip, rather than where I sleep at night.

I’ve stayed in hostels in a rainforest in Colombia with my partner and in Budapest while traveling solo. All of them had lockers to store belongings securely and kitchens to cook in (another frugal win!). I also met a lot of interesting travelers who gave great advice about what to do in the local areas.

2. Bought a used car and sold it for profit

According to car-buying site Carfax, a new vehicle loses 20% of its value in the first year, and then another 30% over the next four years. And with the average price of a new car at about $37,000, most new car owners will lose more than $17,000 to depreciation over the first few years after purchasing!

That’s why I decided to buy used car, with the intention of selling it later on. Rather than going through a dealership, I negotiated with a private seller I found through an online forum. The total price I paid up front was $12,150 (includes inspection, shipping, registration, title and license plate fees).

Two years later, after keeping it in great condition, I listed the car on Craigslist for $13,200. I decided I didn’t really need it and could bike to work instead. A buyer purchased the car for my full asking price, and I earned a $1,050 profit.

3. Shared a 700-square-foot apartment with my partner

For two years, my partner and I had been living in a 1,000-square-foot apartment in Portland, where the average apartment for that size is $1,335 per month, according to Smart Asset.

But we eventually realized that we didn’t need all that space (most of our time was spent cooking or lounging in the living room). So when we moved across the coast to Upstate New York, we agreed to downsize to a 700-square-foot, one-bedroom apartment.

It isn’t easy to live in such a cramped space, especially with one other person, but we made it work. The nice thing about that, however, is that splitting the costs has helped me save a lot of money. (Even without a partner, I would have gotten a roommate).

Overall, I’ve seen a dramatic spike in my savings rate since the move. My current rent is $507 per month (when split with my partner), as opposed to the $930 per month I was paying in Portland.

4. Switched jobs without all the ‘right’ qualifications

One surefire way to save more money is to make more money. I didn’t graduate with a degree in computer science, but I made the switch from mechanical engineering to software engineering.

The two aren’t as similar as they might sound; I spent a lot of time teaching myself how to code through learning websites like Leetcode and Hackerrank. I also studied the book “Cracking the Coding Interview” by Gayle Laakmann McDowell. Then, I started a personal project and made a website to showcase my portfolio.

It wasn’t easy, but the extra work was worth it. After working as a software engineer for two and a half years, I was able to double my salary from $65,000 to a little more than $130,000. While some might be hesitant about switching careers without the right qualifications, changing industries was critical to my savings growth.

5. Picked up a side hustle

The gig economy is booming, making it easier than ever to earn extra money on the side. Now, apps make it possible to monetize something you might currently do for free.

Every afternoon, I go for a long walk outside to get in some exercise. When I discovered dog-walking apps like Wag! and Rover, I signed up and immediately started walking dogs around the neighborhood. I’m also a huge dog lover, so it was a win-win.

By taking on at least two walks every week for about $25 per walk, you could make up to $2,400 a year. It might not sound like much, but I got huge returns by investing that money in stocks — and a new bike.

Jessica Byrne is a freelance writer and software engineer. She also runs Financial Mechanic, a site dedicated to financial literacy for young adults, and has been featured on MarketWatch and MSN Money.

This is the 'dry tinder' that could set off explosive growth, top investor says

Fri Oct 11 , 2019
Investors are laser-focused on trade talks in the hopes that progress on Friday could bring relief to markets and the economy. There could be a different kind of “dry tinder” that could provide the U.S. with a major injection of stimulus, according to Scott Ladner, chief investment officer at Horizon […] 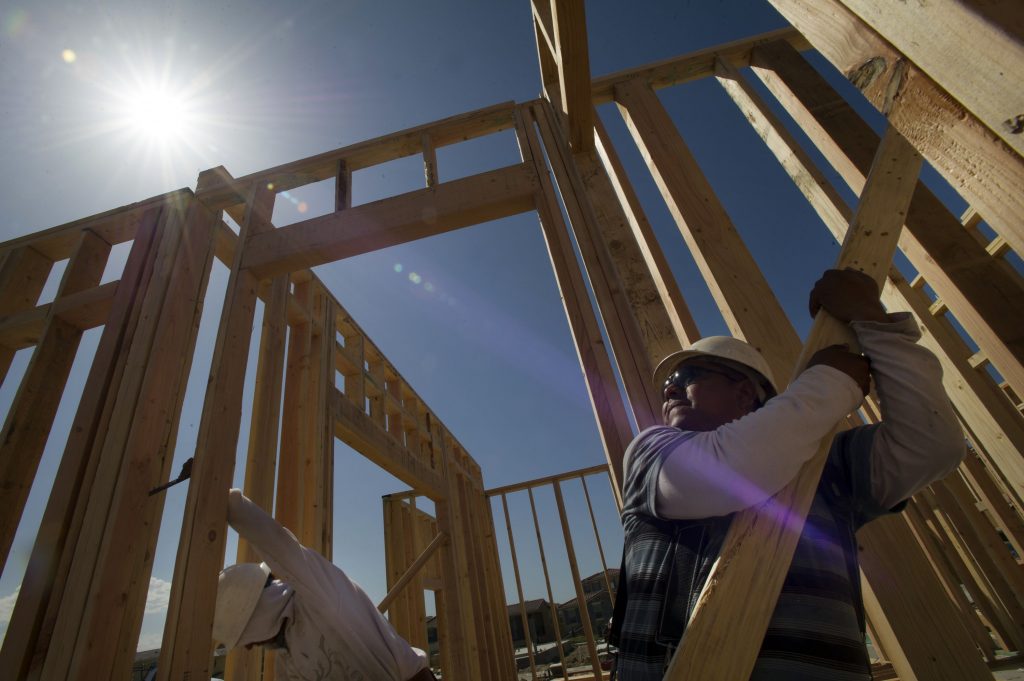