A weaker Hurricane Dorian is now taking aim at southeastern Massachusetts as it moves toward eastern Canada. Dorian is about 205 miles south-southeast of Eastport, Maine, and 215 miles southwest of Halifax, Nova Scotia. It had 85 mph winds and was moving northeast at 29 mph.

Boats were pulled from the water in Hyannis, Massachusetts, on Friday, and ferries waved their fees to bring residents on nearby islands back to the mainland.

The monster storm is blamed for at least 43 deaths in the Bahamas. It’s a number that officials warn will surely grow as thousands of people are still missing. Nearly 70,000 people are believed to be homeless on the islands, the U.N. said on Friday.

In the storm-ravaged Outer Banks of North Carolina, floodwaters have receded.

“Every donation we’ve received so far has significantly helped in our mission to bring relief and aid to our brothers and sisters on Grand Bahama Island — our beloved second home. Together with first responders and volunteers, we were able to provide Bahamian residents with food, water, personal hygiene products, medical equipment, generators, and other desperately-needed supplies.”

Video taken by sheriffs deputies shows an overhead view of the destruction left by Dorian as the storm passed through coastal North Carolina.

Thelma Horner, 95, nearly lost part of her home when wind gusts ripped an 80 foot tree out of the ground.

“I’m glad that it’s in the street and not in the yard,” she said.

Heavy winds on the Outer Banks ripped siding off of homes and snapped telephone poles in half. rough surf from dorian washed away a third of this long-standing pier.

First responders are conducting rescue missions in the heavily flooded Ocracoke Island. An estimated 800 residents defied evacuation orders for the island, which is only accessible by air or boat.

Governor Roy Cooper described the flooding as catastrophic. “Currently, the island has no electricity and many of the homes are still under water,” Cooper said in a news conference.

Officials in New Jersey and New York have banned swimming and surfing at their beaches while Dorian makes its way to Canada. The National Weather Service predicts ocean swells as large as 10 feet,.but some locals are not as worried.

“CBS Evening News” landed at what’s now a shelter for survivors who have been waiting in terminal seats for days. Most are now homeless. Maxine Ferguson and her two teenage sons have been sleeping on a makeshift bed. “Abaco has always been my home,” she said.

Her home was 15 miles away. The hotel where she works is gone, too.

“If there’s nothing here, we can’t work, we can’t make money. We can’t pay bills, we can’t do nothing. I would love to come back, it hurts me to leave. But my kids,” Ferguson said.

As they wait, a group of Abacos residents wait lined up. There are 76,000 people who need aid, including survivors with medical needs, pregnant women and children are a priority to evacuate.

A few hours after CBS News met Ferguson, she was told a plane was coming for her. She wants to get to Nassau where she has family. But she said, like so many in the Bahamas, she has no home insurance and no means to rebuild.

Dorian headed to Nova Scotia “in a hurry”

Hurricane Dorian is headed for Nova Scotia “in a hurry,” according to the 11 p.m. ET Friday advisory from the National Hurricane Center. The storm is moving northeast at a pace of about 25 mph and could bring hurricane-force winds to parts of Nova Scotia by late Saturday.

Nova Scotia could get up to 7 inches of rain in isolated sections, while parts of southeastern New England and Maine could also experience some rainfall. Tropical storm conditions, including winds, could also hit the region.

​”There’s nothing I could save”

For Kenneth Knowles and his family, taking an overnight ferry home to Freeport was bittersweet. “We did suffer catastrophic damage at our business so we’re now going home to try to see what’s there,” he said.

They were aboard a vessel carrying desperately needed humanitarian aid to those hardest hit by the storm. As soon as CBS News arrived and ventured through Freeport, there were people lined up for hours in hopes of getting ice and water.

Brenda Suberallen rode out the storm in Freeport and came back to her uprooted home to salvage what she could. “There’s nothing I could save really, not a thing,” she said.

The further east, the worse it gets. Then, the only highway across the island, ends. The main highway out of Freeport has been completely devastated. A lot of people left their vehicles behind on the side of the road. That’s one reason why it’s so challenging to get aid through the country.

Keeno Lettice and his father are trying to make contact with friends they haven’t spoken with since the storm. But seeing the state of the road, they turned back.

A rescue is underway along the coast of North Carolina. Hundreds who refused to evacuate Ocracoke Island were stranded when Dorian slammed into the Outer Banks Friday morning.

Late Friday afternoon, the first chopper took off for Ocracoke once winds subsided to rescue the nearly 800 people trapped there. Dorian’s howling winds, torrents of rain and surging seas caught many of the hurricane hardened residents of the island by surprise.

People who defied a mandatory evacuation order got caught in a storm surge of up to seven feet and were forced to higher ground.

“The water levels rose so quickly literally I would say within 30 minutes we had four feet of water and it kept rising,” said Benny Lacks.

Those who were able to, left by boat.

Officials urged to “show your faces” in the Bahamas

A volunteer firefighter in the Bahamas called on government officials to come to the remote islands hit by Dorian. “People are getting violent, angry, upset, and we’re trying to get our government officials- if you guys do see this, please come down here and show your faces,” Greg Johnson told CBS News on Treasure Cay.

“We need you guys to show your faces here, so the people can understand and know that you guys care,” Johnson said. “At this point in time, we are on our own, and the U.S. is the only place that is helping us.”

Renowned chef José Andrés has been delivering food to people through his nonprofit organization, World Central Kitchen. Andrés told CBS News he asked Bahamian authorities where they’d like him to go, and he didn’t receive a response. 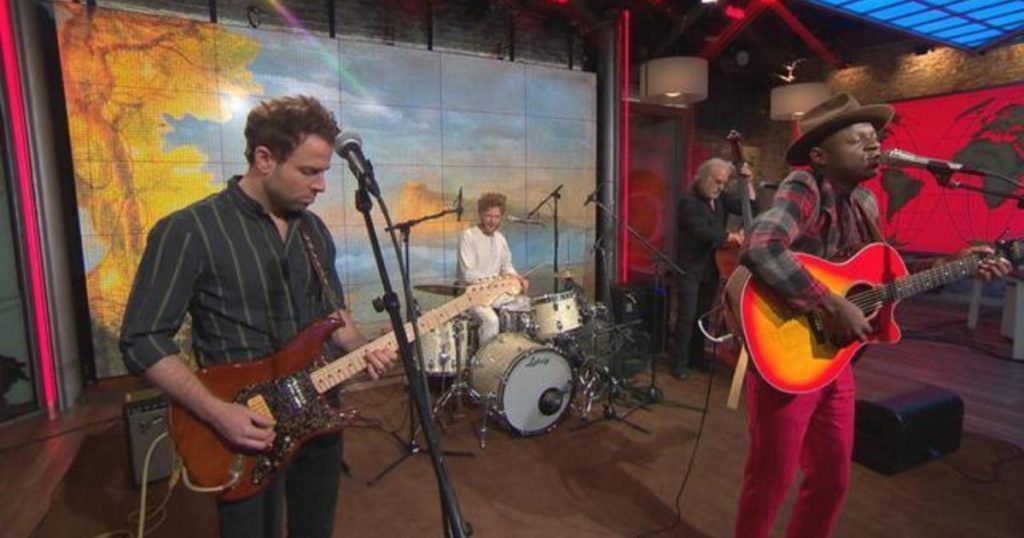