Delray Beach police officer, Matt Warne, informs a driver that the road to the beach is only open to residents as Hurricane Dorian continues to make its way toward the Florida coast on September 02, 2019 in Delray Beach, Florida.

Hurricane Dorian’s winds slowed, prompting a downgrade to a still-powerful Category 4, as it parked over Grand Bahama Island.

The hurricane pounded the northwestern Bahamas Monday as the southeastern U.S. braced for bruising winds and rain.

While over Grand Bahama Island, Dorian crawled to a near stop. While earlier winds had reached as much as 220 miles per hour, maximum sustained winds are currently blowing at 155 mph (250 kph) in the Bahamas, prompting the downgrade, the National Hurricane Center said. Dorian is expected to pummel the island for most of the day, “causing extreme destruction,” according to the NHC. Storm surges were 18 to 23 feet above normal levels.

Despite the downgrade, the National Weather Service said Dorian is “still very much an extremely dangerous storm.”

Likewise, the National Hurricane Center cautioned about “life-threatening flash floods” as the hurricane made its way up the coastline.

Residents of parts of Florida, Georgia and South Carolina evacuated as they prepared for the storm’s approach. The states’ governors ordered at least a million people to evacuate starting Monday, according to NBC News.

The NHC expects “life-threatening” storm surges and “hurricane-force winds” along parts of Florida’s cost through the middle of the week, it said Monday morning.

Meanwhile, it sees an “increasing likelihood” of dangerous winds and rains along the coasts of Georgia and the Carolinas. President Donald Trump issued disaster declarations Sunday for Georgia and South Carolina, authorizing federal assistance for hurricane relief.

Both the Palm Beach and Fort Lauderdale airports in Florida were closed Monday as Dorian moved closer to the coast.

From an economic standpoint, the damage has just begun and comes during the summer-ending Labor Day holiday, adding another dimension to the potential dollar cost. UBS already has estimated the cost at around $25 billion.

“That lost economic activity from business closures, canceled travel plans and disruptions in tourism activity during the Labor Day holiday, as people took precautions ahead of the storm, will weigh on real GDP growth for the quarter,” Beth Ann Bovino, U.S. chief economist for S&P Global Ratings, said in a note. “Estimating how much depends on where the hurricane makes landfall, at what Category strength, and how long it hangs around dumping water on the region.”

S&P has estimated that as climate change accelerates, the cost “doing nothing” could range between 2.2% and 5.2% of GDP by 2021, though the current pace of storm damage suggests that the upper end of the range is more likely.

As the damage mounts, the National Weather Service ramped up its storm updates. The service issued surge warnings for the east cost of Florida and north along the Georgia coast to the Savannah River. 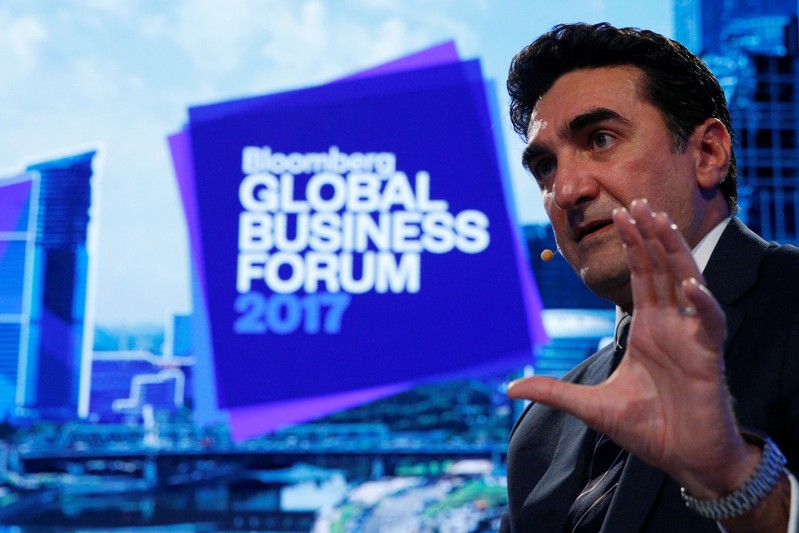