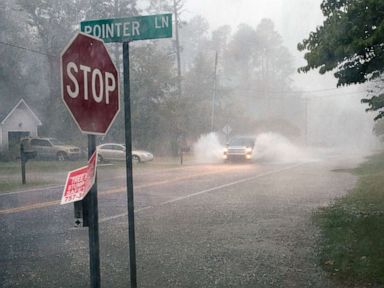 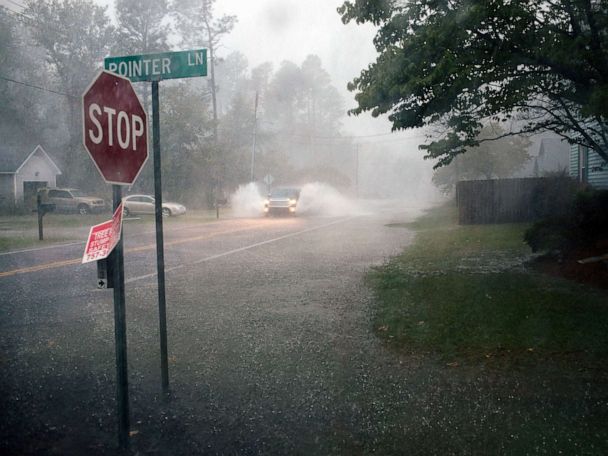 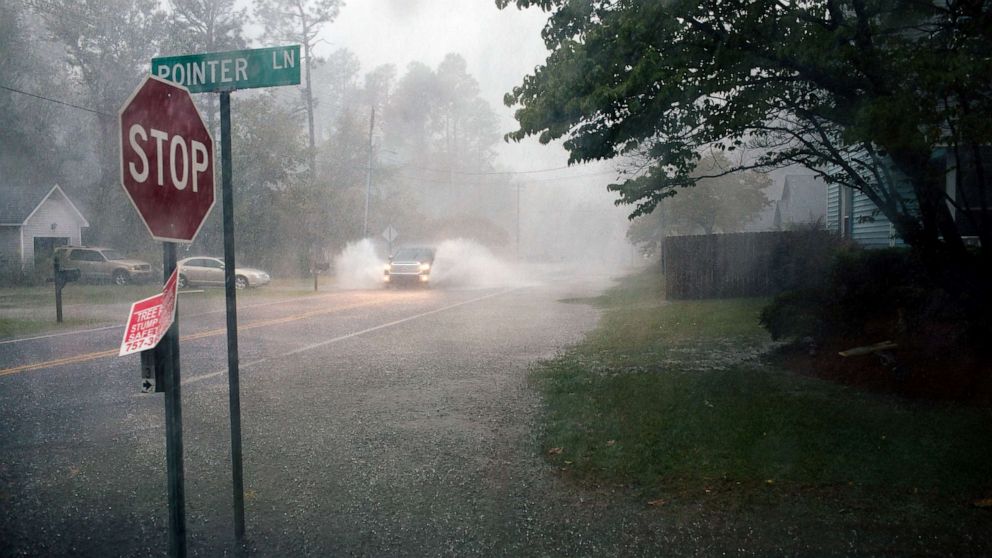 Hurricane Dorian is battering the North Carolina shore as it continues its northward trek up the coast.

As you can see the waves are only a few feet from the bottom of the 2nd Ave Pier. #StaySafe #DorianSC #HurricaneDorian #HurricaneDorian2019 #ocean pic.twitter.com/zFE1SQYBJh

North Carolina is in for a “long night ahead,” Gov. Roy Cooper warned Thursday, urging residents to stay inside and “hunker down” until the storm passes.

“Hurricane Dorian is ready to unleash its fury on our state,” Cooper said.

Dorian may make landfall in North Carolina between Wilmington and the Outer Banks as it skims the coastline overnight.

“This won’t be a brush-by,” Cooper added. “Whether it comes ashore or not, the eye of the storm will be close enough to cause extensive damage.”

The coastal Carolinas could see up to 15 inches of rainfall. The combination of relentless rain and a dangerous storm surge as high as 7 feet could cause life-threatening flash floods.

STAY OUT OF THE WATER & GET OFF THE BEACH 🌀🌊#HurricaneDorian is moving in, as is high tide. It is no longer safe to be on the beach.

Even those who live farther inland should pay close attention to flood watches and be ready to evacuate if asked to by local officials, Cooper said, noting that cars can be washed off roadways in just a few inches of rain.

By Friday afternoon Dorian will move out to sea, but tropical storm conditions will be possible in Cape Cod when the storm passes by Saturday morning.

Power was knocked out to more than 200,000 homes and businesses across South Carolina Thursday and at least 20 tornadoes have been reported in the Carolinas.

One apparent tornado sounded “like a large airplane or a large train coming through,” a resident of Little River, South Carolina, told Florence ABC affiliate WPDE.

Charleston’s narrow, low-lying streets — which are prone to flooding — were submerged with more than 6 inches of rain.

Residents who didn’t heed earlier evacuation orders were urged to shelter in place as the powerful winds downed trees and power lines.

Stay where you are. Dont aimlessly drive around just to take a look at the conditions. #HurricaneDorian #IOP #BeachPolice pic.twitter.com/IYEC6PfmKw

But Charleston resident Patrick Murray was relieved to see only minor flooding.

“We were kind of expecting the worst … looks like we escaped the worst of it,” Murray told ABC News Thursday. “Our biggest concern was flooding. We’ve had flooding in the past.”

“Not knowing what was coming was probably the only scary part,” he said.

One storm-related death struck the Carolinas before Dorian did. An 85-year-old man fell off a ladder while preparing his Columbus County, North Carolina, home for the storm, Cooper said Wednesday.

Before reaching the United States, Dorian slammed into the Bahamas on Sunday afternoon as a Category 5 storm, the strongest Atlantic hurricane landfall on record.

The death toll in the Bahamas reached 30 on Thursday, but Health Minister Dr. Duane Sands told a local radio station that the final death count will be “staggering.”

The storm hovered over the archipelago’s northern islands for nearly two days, leveling homes, flooding roads and submerging an airport.

Bahamian Prime Minister Hubert Minnis said Wednesday that Dorian has left “generational devastation” across the Abaco Islands and Grand Bahama, which are both in the archipelago’s northern region, east of southern Florida.

Princess Margaret Hospital in Nassau, the capital of the Bahamas, is now the only hospital capable of treating the most seriously injured from across the 700-plus islands and cays, according to Dr. Caroline Burnett-Garraway, medical chief of staff at the hospital.

Burnett-Garraway said the hospital has received at least 38 patients, including children, who were medically evacuated from hard-hit islands. Many were subjected to floodwaters and intense winds for days. Their injuries range from severe dehydration to lacerations and broken bones to acute kidney injuries. One patient had to have part of his arm amputated, she said.

“A whole family was in a car and a roof blew off and fell into their car. A 7-year-old is badly hurt. The family was taking shelter from the storm,” Burnett-Garraway told ABC News.

Storm conditions have made it difficult to evacuate patients. Three men died immediately after arriving at Princess Margaret Hospital, according to Burnett-Garraway.

A major pharmaceutical warehouse on Grand Bahama was also lost, according to Judy Terrell, director of communications for Public Hospitals Authority. Pharmaceutical and medical supplies have been “significantly impacted,” especially for those with non-communicable diseases, like hypertension and diabetes.

Minnis said, “Our response will be day and night. Day after day, week after week, month after month, until the lives of our people return to some degree of normalcy.”