BUDAPEST (Reuters) – Hungary will close entertainment venues and impose a night-time curfew to curb a fast spread of coronavirus infections, Prime Minister Viktor Orban said in a video posted on his official Facebook page on Wednesday.

Orban said the government would introduce a “special legal order” giving it the power to rule by decree and would ask parliament to approve this for a period of 90 days.

“If we stick together and honour the rules then the current restrictions are sufficient and there will be no need for further measures,” Orban said in the video.

During the first wave of the pandemic, Orban sought open-ended special powers, facing accusations from human rights groups and opposition parties of making a power-grab which his government denied. In June, parliament revoked the special powers as the pandemic ebbed.

Orban had warned on Tuesday evening that new measures were needed to prevent hospitals reaching capacity by mid-December.

“The time has come to take further measures to ensure a continued operation of hospitals and… protect the elderly,” Orban said.

In a decree published in the official gazette on Wednesday the government said the closure would affect concert venues where there is no preset seating, such as dance clubs. Other cultural institutions may stay open, observing safe-distance rules. The curfew will be in effect from midnight until 5 a.m..

Schools remain open, as well as all shops and restaurants, and soccer games will continue to be played in front of thousands of spectators nationwide.

From Monday, those violating rules on wearing face masks risk stiff fines, with offending restaurants and shops to be closed by authorities if necessary.

Last week the National Medical Chamber called on the government to limit the opening hours of restaurants and reimpose special shopping hours for the elderly as the number of COVID-19 patients rises. These measures have not been taken.

Hungary reported 3,989 new cases of coronavirus on Tuesday, its highest single-day tally, while the daily death toll also rose to a record high of 84. The total death toll rose to 1,973 and the number of patients treated in hospitals jumped to 4,767 from 4,417 on Monday.

Pennsylvania Voters Told to Quarantine Can Still Cast a Ballot

Tue Nov 3 , 2020
Quick Take Pennsylvania voters told to quarantine due to potential COVID-19 exposure are entitled to vote and can request and return an emergency absentee ballot through 8 p.m. on Election Day. A viral Facebook post misleadingly suggests they are being disenfranchised. Full Story A viral claim pushed on Facebook the […] 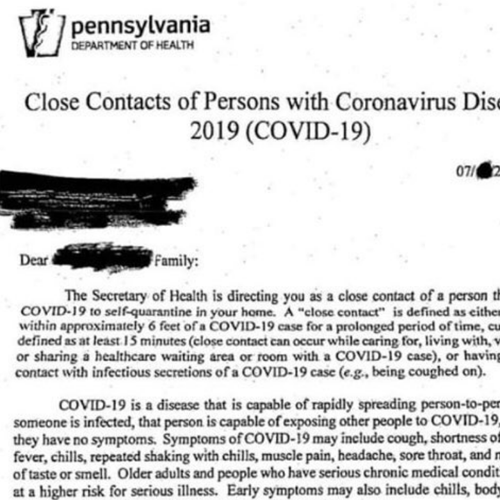