MADRID (Reuters) – Hundreds of people gathered in central Madrid on Saturday to call for better protection for LGBT rights after a series of homophobic attacks that have shocked Spain in recent months.

People waved rainbow flags and carried banners reading: “justice”, “touch one of us, touch us all”, “we are being killed”.

“We are here to protest against the continuous homophobic attacks and the constant aggressions that happen weekend after weekend,” said protester Gabriel Escribano.

Prime Minister Pedro Sanchez on Friday chaired an urgent meeting of ministers, community leaders and police to discuss how to reduce hate crimes, which have been growing by around 9% a year since 2014, according to the Interior Ministry.

There have been growing calls for the government to take action since the killing of nursing assistant Samuel Luiz, who was beaten to death in July in the northwestern region of Galicia allegedly because of his sexual orientation.

Spain has long been praised as an LGBT-friendly destination, and was a pioneer of gay rights, becoming just the third country in the world to legalise gay marriage in 2005.

Sun Sep 12 , 2021
FILE PHOTO: New recruits of the Vatican’s elite Swiss Guard march during a swearing-in ceremony at the Vatican May 6, 2016. REUTERS/Stefano Rellandini September 12, 2021 VIENNA (Reuters) – The new barracks of the Vatican Swiss Guard, the elite and colourfully dressed corps that protects the pope, will be designed […] 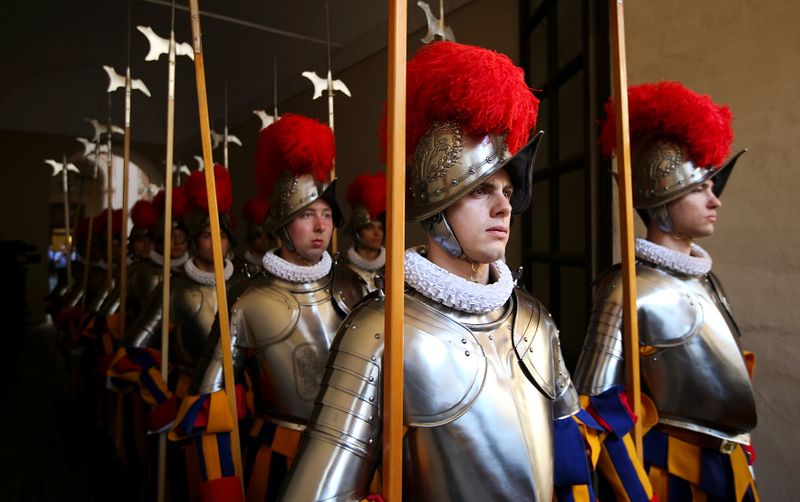