The summer of 2017 was a difficult one for Ada Calhoun. The 41-year old freelance writer watched a bunch of her projects fall through. She racked up $20,000 in credit card debt, and had next to no savings behind her. Childcare expenses for her 10-year-old son, Oliver, kept rising.

She didn’t feel the sense of security she thought she’d have by her age. Mostly, she was scared.

“Sometimes, I think I’m falling apart,” she began an article on Oprah.com called “The New Midlife Crisis.” The story, which soon went viral, described the “hallucinatory panic about money” experienced by women in their 40s and 50s today.

This year, Calhoun has published a book expanding on that article, titled, “Why We Can’t Sleep: Women’s New Midlife Crisis. She interviewed some 200 women who were born between 1965 and 1980. Turns out, they aren’t imagining things: Calhoun describes peers saddled with debt, underwater on their houses and sidelined by a labor market that can be ageist and sexist. “I thought maybe it was mostly in our heads until I started writing about this topic,” she said. “The fear is real.”

I interviewed Calhoun in late January. Our conversation has been edited and condensed for clarity.

Annie Nova: In the book’s dedication you write, “For the middle-aged women of America. You’re not imagining it, and it’s not just you.” Why do you think so many women who’ve come to this age feel so alone in their struggles?

Ada Calhoun: I think when we were growing up, our baby boomer parents were distracted. Forty percent of us were children of divorce. We were used to being on our own. And I think that’s continued.

AN: In your interviews with women, what were some of the financial concerns that kept coming up?

AN: Where is all this pressure coming from?

AC: The way we grew up. We were told over and over again, “You can be anything.” Somewhere along the line, women took that as not just, “You can be anything,” but, “You have to be everything.” A lot of women felt if they weren’t taking advantage of all the opportunities they had, they were letting down womanhood, or their mothers, or themselves.

It can feel like too much. They were doing all the childcare, and in many cases the bread-winning, all the while caring for their aging parents and grocery shopping. They were so tired, but with how we grew up, they felt they had no right to be tired because they had so much opportunity.

AN: Are middle-aged women today really worse off financially than say, millennials?

AC: I don’t think it’s all in our heads. A lot of us graduated into recession. Then the dot-com bust. The housing crisis hit Gen X [those born between 1965 and 1980] more than any other generation because that was right when we were buying our first or second homes. When we were finally able to get the American dream, a lot of this generation wound up underwater on their homes. Gen X had higher credit card debt than boomers or millennials. We have nowhere near enough saved.

AN: How do these financial challenges exacerbate the mid-life crisis?

AC: If you’re scared, you don’t’ have the money to do the things you want to do, or to give your children the opportunities you want to give them, or to retire comfortably, you will be up at night staring at the ceiling. Money becomes a source of freedom and independence. If you don’t have it, you can feel really scared.

AN: I found myself wondering if you thought the message in “Lean In: Women, Work, and the Will to Lead” (by Nell Scovell and Sheryl Sandberg) wasn’t always so helpful for women.

AC: While we’re being yelled at to “lean in” all the time, we’re going through perimenopause. A lot of the women at this age are dealing with hormone stuff. That can cause a lot of anxiety and sleeplessness. If you’re a woman with tiny kids at home, and a dying parent, to tell her to lean in … is that really the message she should be getting? The message of “lean in,” seems to reinforce this idea that it’s on women to make their own luck.

AN: What would be a better way forward?

AC: The No. 1 thing is finding a support system. I have a monthly meeting with other women, and that’s changed my life. I realized so few of us are where we’re theoretically supposed to be at this point. It made me feel, “Where did we get this idea that we’re all supposed to be somewhere? And was that a realistic expectation? Or can we let ourselves off the hook a little bit?”

More from Personal Finance:
The Fed holds rates steady. Here’s why that matters to you
One in five fear they’ll owe the IRS money this spring
This is the right amount of bitcoin to keep in a portfolio

Mary Higgins Clark, "Queen of Suspense," has died at 92

Sat Feb 1 , 2020
Mary Higgins Clark, the tireless and long-reigning “Queen of Suspense” whose tales of women beating the odds made her one of the world’s most popular writers, died Friday at age 92. Her publisher, Simon & Schuster, announced that she died of natural causes in Naples, Florida, and said it is […] 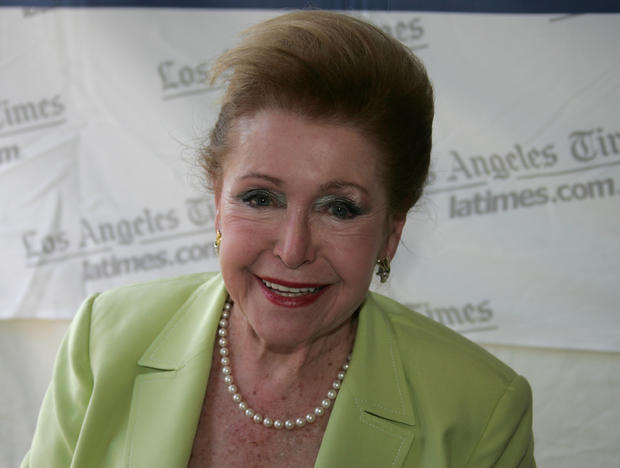