Former Obama White House policy director Dr. Kavita Patel explained why the surging number of Covid cases in the United Kingdom could be a compelling argument for booster shots.

“What’s happening is … this real world experiment where the efficacy of AstraZeneca is decreasing, and they haven’t rolled out their boosters,” Patel said during a Tuesday evening interview on CNBC’s “The News with Shepard Smith.” “It’s an argument for boosters, and a pretty compelling one.”

The U.K.’s early vaccination rollout began in December 2020 and was one of the first in the world. Now, however, it is seen as contributing to its high case rate, due to an increasing body of data that shows immunity in vaccinated people wanes after about six months.

The spread of the much more infectious delta Covid variant in the spring and summer is also seen as a factor that has diminished vaccine efficacy.

In September the U.K. began rolling out booster shots to the over-50s, medical staff and anyone with underlying health conditions. Those who received their second dose at least six months ago are being asked to come forward first. Currently around 6.5 million people in England are eligible for a booster, with the NHS so far having administered around 3.6 million booster shots, data shows.

Patel told host Shepard Smith that she’s also been keeping an eye on the Covid strain that’s potentially contributing to the U.K. having one of the worst daily infection rates in the world.

“We’re watching, kind of, a sub-lineage of the delta strain, something very specific that is growing in percentage in the U.K … there is a potential that it is more transmissible than delta, which makes it easier to be even more infectious than delta,” said Patel.

In the United States, the New York Times reported that the Food and Drug Administration is expected to clear Johnson & Johnson and Moderna boosters and allow mix-and-match shots this week.

Wed Oct 20 , 2021
The select committee investigating the deadly Capitol riot voted Tuesday evening to advance criminal contempt proceedings for Steve Bannon after the onetime advisor to former President Donald Trump refused to comply with a subpoena. The unanimous vote will send the resolution recommending contempt for Bannon to the full House for […] 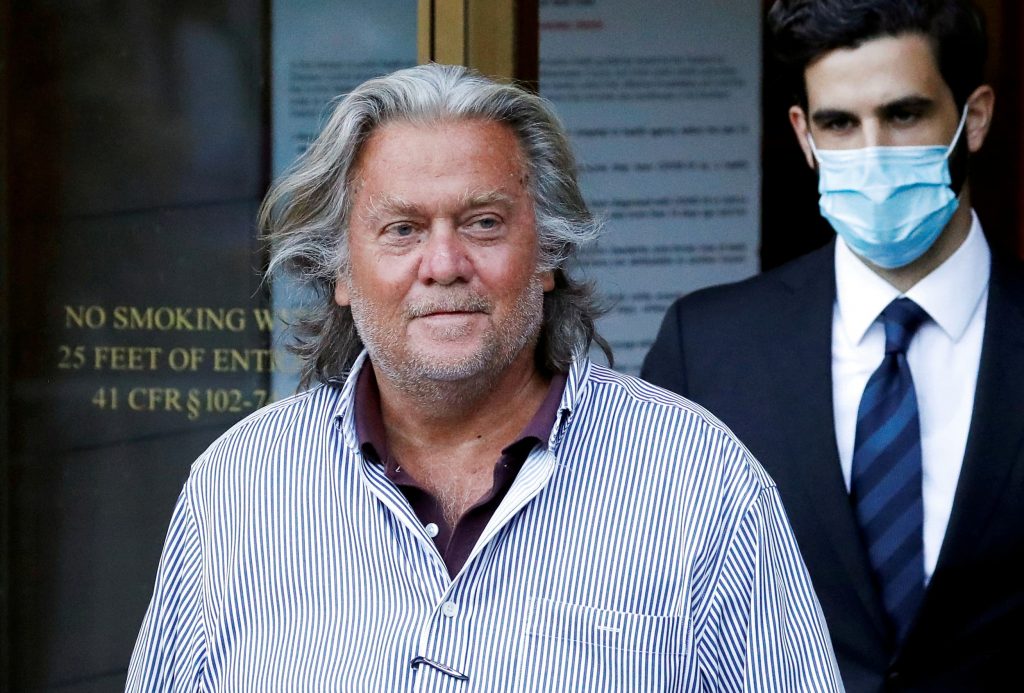