The 2020 election cycle has been full of twists and turns, from President Donald Trump’s Covid-19 diagnosis to the last-minute confirmation of Amy Coney Barrett to the Supreme Court.

Most presidential elections in the U.S. feature at least one “October surprise,” a late-cycle event that has the potential to shake up a campaign.

There were some big October surprises during the last stretch of the 2016 campaign season, such as a video of then-candidate Trump making lewd comments about women in 2005 and former FBI Director James Comey’s letter about the investigation into Hillary Clinton’s private email server. But Trump managed to pull off a win despite the October surprise.

Watch the video above to learn how much power late-cycle surprises really have on election results.

Tue Nov 3 , 2020
Security is being tightened across the country due to concerns about unrest linked to Election Day. New steel fencing went up around the White House Complex on Monday, and the New York City Police Department put businesses on alert as stores there and around the country board up as a precaution. With […] 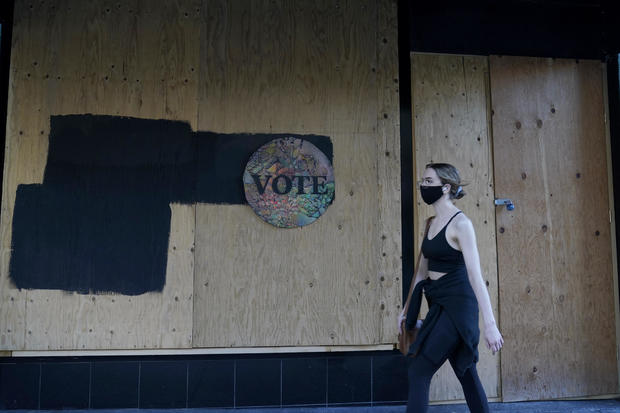