The year 2020 has been a battle for Asian Americans. A battle for their lives in a pandemic. A battle against racial bias and attacks. A battle for respect as essential workers and business owners. Most of all, it has always been a struggle to be seen and heard as Americans.

George Takei, the “Star Trek” actor and civil rights activist, spent time in a Japanese American internment camp when he was a child in World War II. He says this is history repeating itself: “Asian American hate is as old as American history and overnight, this country was swept up by suspicion and fear and naked, outright hatred. We had nothing to do with Pearl Harbor. There was no charge. Other than looking like this.”

In “Asian Americans: Battling Bias,” a CBSN special produced by the CBS News Race and Culture unit, CBSN anchor Elaine Quijano reports on the devastating effects COVID-19 has on the Asian American community, which has a much higher mortality rate than White Americans. “The South Asian and the Filipino American population are known to have higher rates of diabetes,” which is known “to be a predisposing factor to worse outcomes,” said Chicago cardiologist Dr. Nilay Shah. Economically, over 233,000 Asian American businesses have closed and unemployment has tripled.

CBS News White House correspondent Wiejia Jiang reports on the growing number of racist attacks many Asian Americans have endured. Over a three-month period, over 2,120 hate incidents or crimes were reported by Asian Americans between March and June, according to the Asian Pacific Policy and Planning Council and Chinese for Affirmative Action. There’s been a nearly 845% increase compared to all the reported cases in 2017, 2018 and 2019 combined. The tone of the country has been exacerbated by President Trump, who refers to the virus as “Kung Flu” or the “Chinese virus.”

According to the 2020 Asian American Voter Survey, which surveyed over 1,569 Asian American voters, 51% of respondents were concerned about hate crimes related to COVID-19, and, over 79% believed that discrimination against Asian Americans exists in society.

CBS News correspondent Nancy Chen reports on a new generation of Asian Americans who have found common ground with Black Lives Matter and the shared experience of discrimination.

“Black and Brown” has become synonymous with Black Americans and South Asian Americans. Young people of all colors are on the frontlines of protests around the country. Activist Tiffany Tso said, “COVID-19 definitely sparked another awakening, where younger generations of Asian Americans have been for the first time experiencing — this more overt, in your face racism.”

CBS News correspondent Michael George reports on the new power of a growing minority that now has over 11 million voters in November’s election. There are pockets of Asian American voters in congressional districts in swing states like Nevada, Arizona and Texas that could have a big effect on the presidential election.

Nevada community activist Jaewon Jung said, “I am scared for the future of the country. I think one of the biggest issues right now is that people are so divided. One thing I’m going to look for in a candidate is to unite all of the groups together.”

After a tough 2020, Asian Americans are hoping to see a more United States of America in 2021. Takei summed it up best, “If we remain invisible and voiceless, then we will be victimized.”

“Asian Americans: Battling Bias” airs Friday at 8 p.m. ET on CBSN. Download the CBS News app on your phone or connected device, or visit cbsnews.com to watch the special live.

What to know about HIPAA, from the congresswoman who wrote the law

Thu Oct 8 , 2020
Washington — For the American people and members of the press hoping to glean a comprehensive run-down of President Trump’s condition following his diagnosis with COVID-19, a five-letter acronym has been invoked by White House physician Dr. Sean Conley as a barrier to offering the full view that many crave. […] 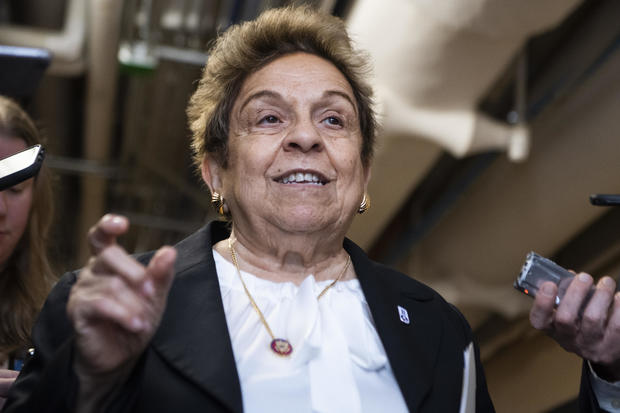