U.S. Representative Grace Meng (D-NY) speaks at a news conference in the United States Capitol about the COVID-19 Hate Crimes Act, in Washington, May 18, 2021.

The House plans to pass a bill Tuesday that aims to stem a spike in hate crimes against Asian Americans during the coronavirus pandemic.

Approval will send the measure to President Joe Biden‘s desk for his signature. The bill passed the Senate last month with only one vote in opposition.

The Covid-19 Hate Crimes Act would direct the Justice Department to expedite review of hate crimes related to the pandemic. Amid challenges in documenting violence and harassment against Asian Americans, the measure also seeks to give local law enforcement more resources to track the incidents.

Rep. Grace Meng, a New York Democrat and co-author of the bill, said “the past year and a half has been one of pain and struggle, marked by despicable and sickening acts of hate and violence against the Asian American community.”

“The Asian American community is exhausted from being forced to endure this rise in bigotry and racist attacks. Asian Americans are tired of living in fear and being frightened about their kids or elderly parents going outside,” she told reporters Tuesday. “People often ask what Congress is doing about this, and we are here today to say that Congress is taking action.”

Biden has supported the bill and plans to sign it. Last month, the Office of Management and Budget said the measure would “stand up for America’s values by standing strongly against anti-Asian xenophobia and hate.”

Racist comments about the virus’s origins in China have led to scapegoating and violence against Asian Americans in the roughly 14 months since the pandemic started. Former President Donald Trump and his allies in Congress contributed to the wave of incendiary rhetoric about China when Covid-19 first reached the U.S.

Hate crimes against Asian Americans reported to police spiked by 164% in 16 of the largest U.S. cities during the first quarter of 2021 compared with the previous year, according to the Center for the Study of Hate and Extremism at California State University, San Bernardino.

Some activist groups have questioned how effective the hate crimes bill will be in rooting out the causes of violence against Asian Americans, according to NBC News. The organizations in part raised concerns that better reporting of hate crimes would not do enough to prevent violence.

Walmart is doubling down on 'rollbacks' as inflation pushes prices higher

Tue May 18 , 2021
A customer browses products at a Walmart store in Burbank, California Patrick T. Fallon | Bloomberg | Getty Images Inflation is driving up prices of items from soda to diapers, but Walmart said it is putting more of its merchandise on sale. Walmart U.S. CEO John Furner said on an […] 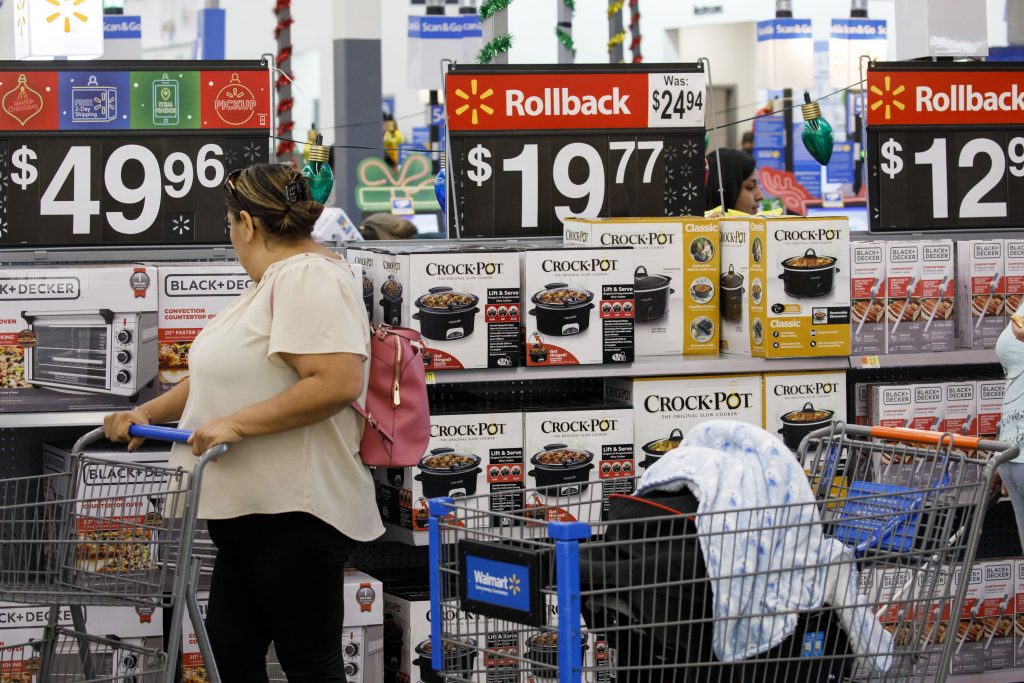