SAN FRANCISCO (Reuters) – A hot labor market marked by extremely low unemployment will not drive a sudden or sharp rise in wages, according to research published by the San Francisco Federal Reserve Bank on Monday.

“There is no evidence of a meaningful increase in wage growth as unemployment rates fall below 4 percent,” wrote San Francisco Fed economists Sylvain Leduc, Chitra Marti, and Daniel J. Wilson in the bank’s latest Economic Letter. “We do not foresee a sharp pickup in wage growth nationally if the labor market continues to tighten as many anticipate.”

The U.S. unemployment rate, which last month ticked up to 3.9 percent, ran below 4 percent for the entire second half of 2018, and Fed officials expect it to stay below 4 percent for another three years. And yet wages have generally grown at less than 3 percent annually, hardly a blistering pace though generally in line with productivity growth and inflation.

Relatively tepid wage growth is one reason a couple of the Fed’s most dovish policymakers are calling for a pause in Fed rate hikes to allow labor markets to tighten further and give people a better shot at earning more. Inflation, they argue, is well-contained, and slow wage growth suggests the labor market might have more slack than thought.

The current paper, which suggests that wage trajectory isn’t likely to change even if unemployment falls further, may offer a window into the thinking San Francisco Fed President Mary Daly, whose own research on labor markets makes her one of the top experts in the field around the Fed’s policysetting table.

The paper’s lead author, the bank’s chief of research, accompanied Daly to her first two Fed meetings since she started the job on Oct. 1.

The paper uses state-by-state data and comes with an important caveat: the kind of localized tight labor markets that often push state unemployment well below 4 percent might not adequately predict what happens when tight labor markets are a national phenomenon.

If just one small area of the country experiences very low unemployment, people may flood in from other parts of the country to find jobs, muting wage growth.

But, the authors write, “the typical pattern of local wage growth in a tight local labor market may differ when all other nearby labor markets are experiencing similar tightness, as is currently the case.”

Mon Jan 14 , 2019
Nissan was scheduled to debut its new Infiniti QX Inspiration concept car at the Detroit auto show on Monday, but executives abandoned the launch and closed the curtains on the car without any explanation. The Infiniti QX was among one of the hottest debuts anticipated at the North American International […] 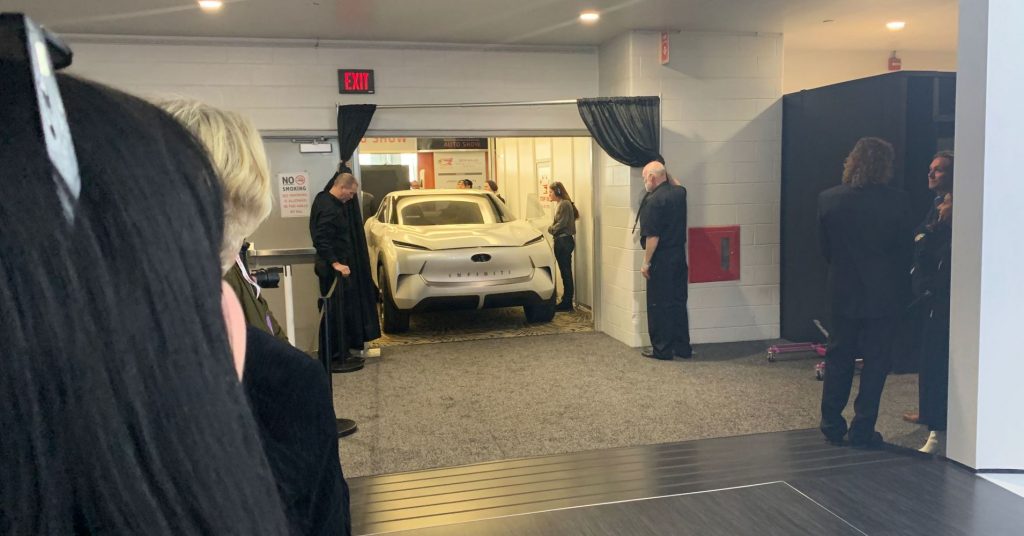